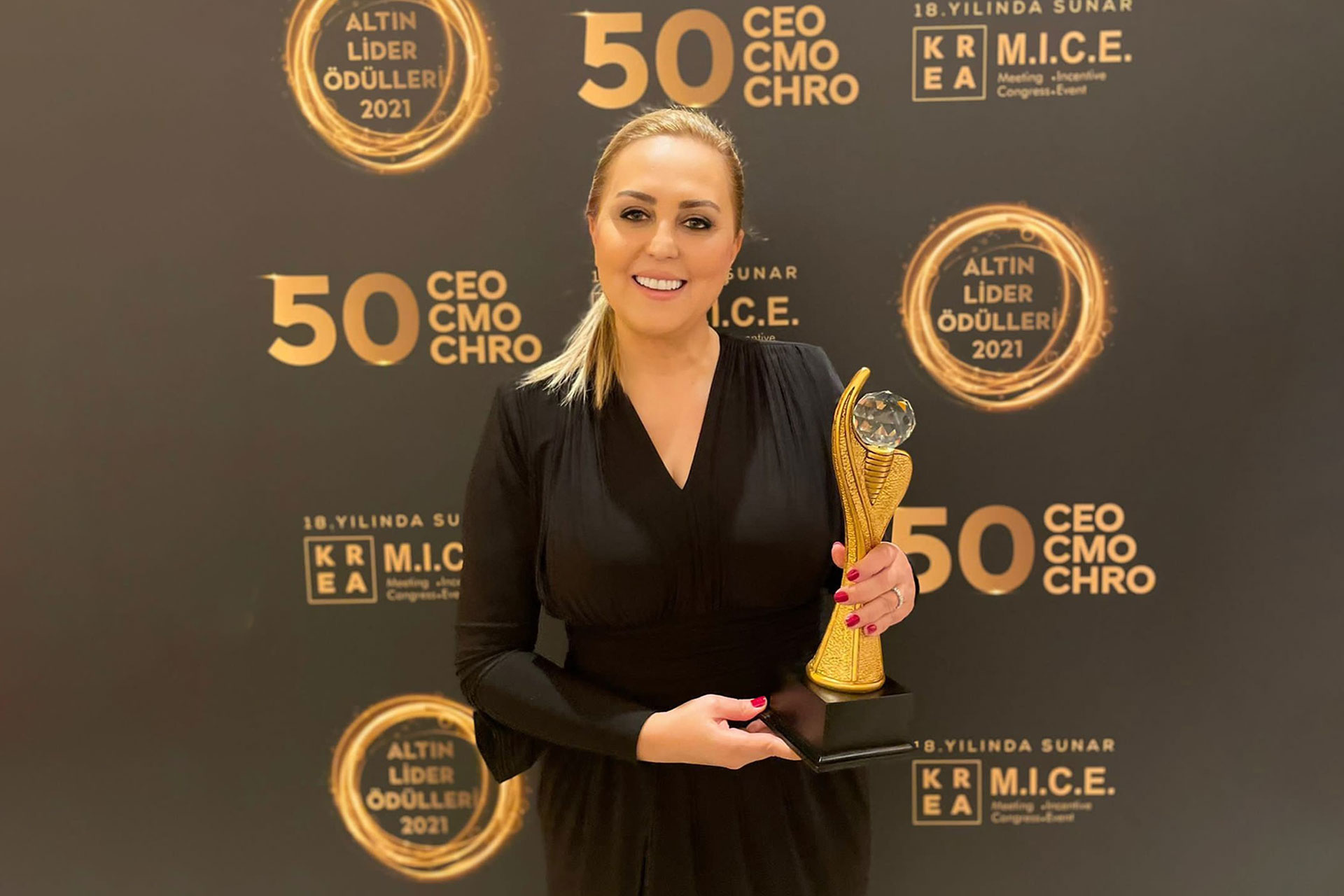 The results of the Golden Leader Awards 2021, one of the most prestigious awards in Turkey, have been announced. Dr.Sengul Atalay, CHRO of Arkas Holding, has been selected as Turkey’s most admired CHRO.

The winners of the Golden Leader Awards 2021, which are given to the leading CHROs, CMOs and CEOs of the business world, have been finally revealed. Organized by KREA M.I.C.E. and determined by the votes of more than 35,000 professionals, the Golden Leader Awards of the year have been presented at the ceremonies held in Istanbul. At the program called “Magical Gala Night”, Turkey’s most admired 50 CHROs, 50 CMOs and 50 CEOs have been awarded. Arkas Holding CHRO Dr. Sengul Atalay has been selected as Turkey’s most admired CHRO.

In her speech regarding the award Atalay said:

“I’m happy to receive such a meaningful award on behalf of all my friends. I believe that once we turn private benefit to social benefit, and not to corporate benefit, we will really succeed. As a 20-year employee of Arkas Holding, which will celebrate its 120th anniversary in 2022, I would like to share the motto of Mr. Lucien Arkas considering that we need it now more than ever: ‘It all starts with a dream.’”

With its corporate management philosophy, innovative practices, approach to employees and innovative projects, the Human Resources Directorate of Arkas Holding will continue to achieve great success both in Turkey and aboard under the leadership of Dr. Sengul Atalay.