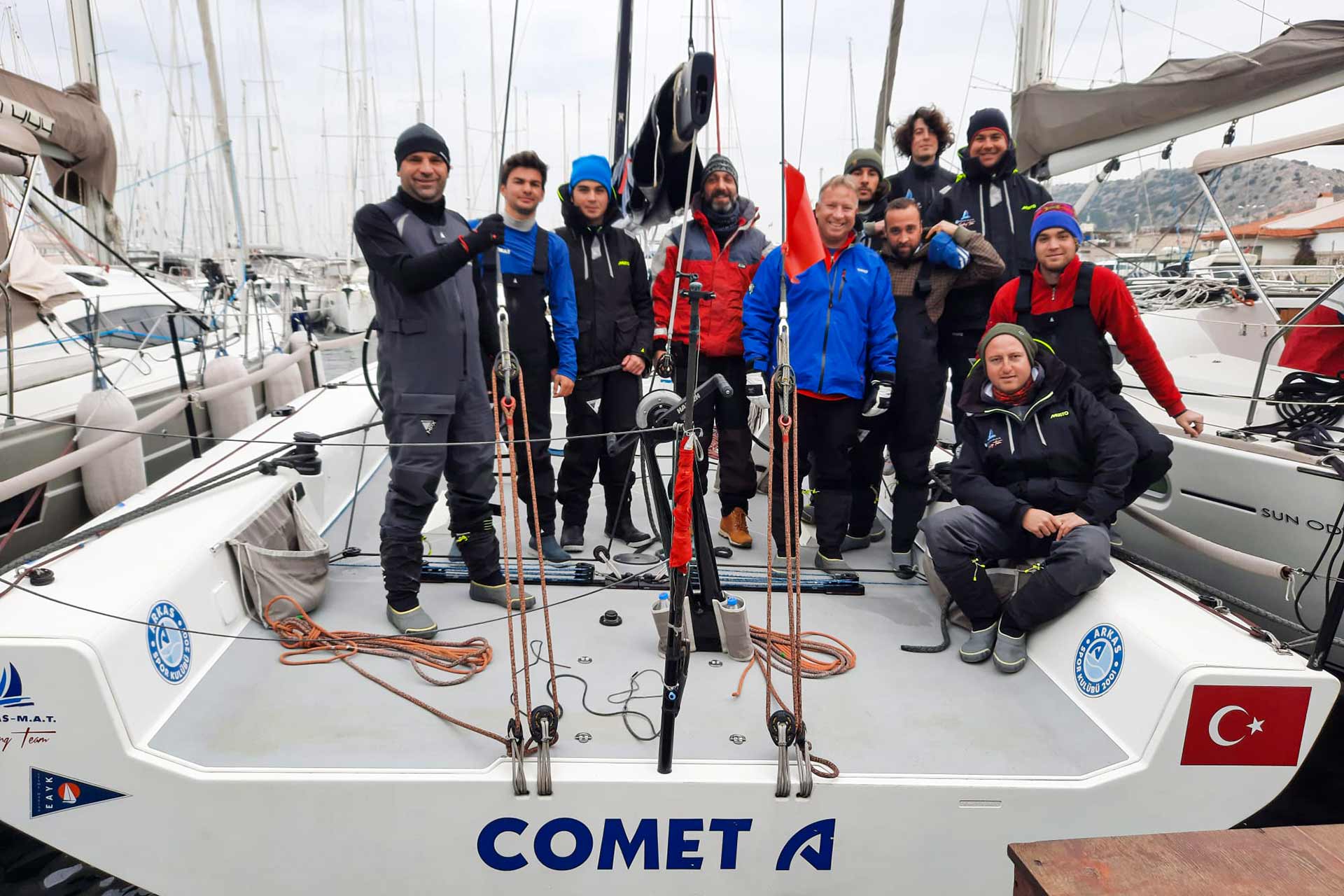 Arkas M.A.T Sailing Team has ranked first at the first stage races in the category IRC-A 0 at 2022 Izmir Winter Trophy, which was held in cooperation with Aegean Open Sea Yacht Club (EAYK) and Cesme Marina.

On the first day of the trophy, the boats had one buoy race and one geographical race. On the second they, however, only one geographical race was held, as the direction of the wind changed. The boats, which fought against a wind speed of 8-10 knots for two days, have seen exciting moments. At the end of those two days, Arkas M.A.T. Sailing Team ranked first in the IRC A-0 category at the first stage of EAYK-Cesme Marina Winter Trophy 2022 with their boat named Comet A.