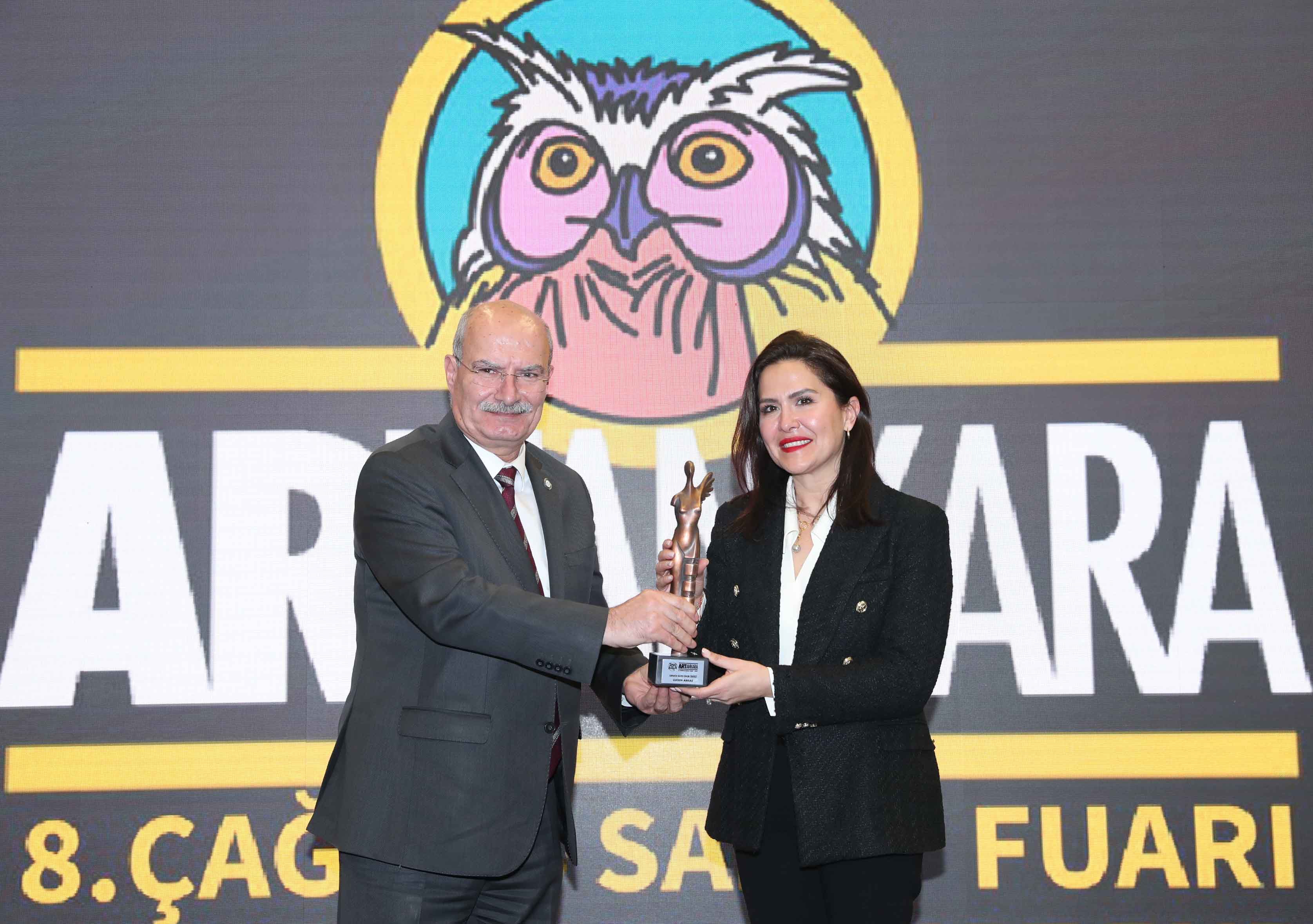 Mujde Unustasi, Director of Arkas Art Center, has received the award on behalf of Lucien Arkas.

The awards of ArtAnkara International Contemporary Art Fair have been presented at the ceremony held at the ATO Congresium. Having launched significant projects, which aim to foster the love of art in next generations, make art accessible and popular for larger audiences, Lucien Arkas, Chairman of Arkas Holding, has been awarded with the “Honorary Award for Contribution to Art”.

At the 8th ArtAnkara International Contemporary Art Fair, more than 4500 works of 1000 artists, coming from 33 countries, have been exhibited. The winners of the awards, traditionally given in 3 categories, have been evaluated and selected by the Advisory Committee of ArtAnkara. The winners have been announced by Prof. Dr. Ismail Ates. Due to his contributions and the importance he attaches to art, Lucien Arkas, Chairman of Arkas Holding, has been granted this year’s “Honorary Award for Contribution to Art” by the Advisory Committee of ArtAnkara. The award has been presented by Gursel Baran, President of ATO (Ankara Chamber of Commerce), to Mujde Unustasi, Director of Arkas Art Center, who has received the award on behalf of Lucien Arkas. Emphasizing the unifying power of art, Unustasi thanked and expressed their gratitude for the award.

At the event, Zafer Gencaydin has become the winner of the “Art Honorary Award”, while the “Organization Honorary Award” has been given to the Imoga Museum. As the event offers art lovers a wide spectrum of works both in the fields of classical art such as painting, sculpture and ceramics, and digital art, it makes significant contributions to the cultural economy as well.