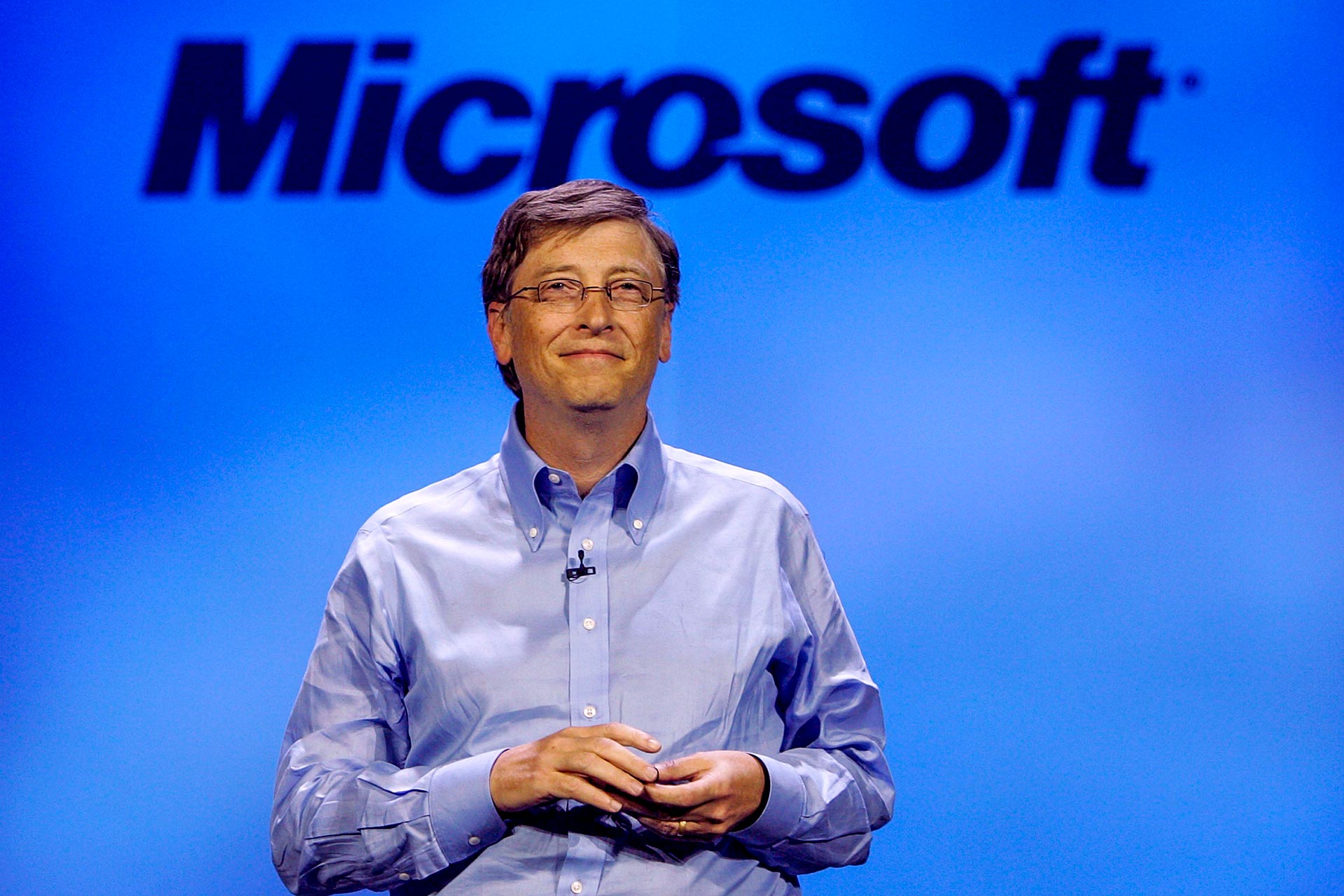 The ones, who are born into a wealthy family, are called as those who have “been born with a silver spoon in their mouth.” For Bill Gates, the founder of Microsoft, who has already changed the world and whose biggest ideal is to leave a worthy mark on people, this definition remains to be insufficient. Even if we say he has “been born with a golden spoon covered with diamonds”, it would still not be enough. However, explaining his success and the fact that he is the second richest person in the world with a worth of 116 million US dollars by basing them on his family’s assets, would be unfair.

His grandfather, James Willard Maxwell, founded the National City Bank in Seattle in 1906. Just like his grandfather, his uncle was also a banker. His mother Mary Maxwell Gates was not only the one, who he had the biggest conflicts with, but also one of the people, who inspired him the most. Besides being one of the notable businesswomen in the USA, she was a cheerful character giving importance to NGO activities and served as a teacher for many years. As to his father William H. Gates, he was an outstanding lawyer…Worldwide known as Bill Gates, William Henry Gates III was born as the middle child of such a family in Seattle in 1955.

Bill Gates has been a bookworm since he was a little child. One can say he is obsessed with reading… Learning is the greatest passion of Bill Gates, who started reading encyclopedias as a child. Although curiosity killed the cat, Bill’s energy of life came from curiosity. He inherited his addiction to card games from his mother. A smart, single-minded and competitive kid… Also, ambitious!

It was this spark that created a change in Bill’s life, when he went to a private school named Lakeside School granting the students the permission to use a huge computer belonging to a company in the city. In those years, he also started coding with his best friend Paul Allen. He launched a big change by transforming Lakeside’s complicated and confusing schedule, of course, with the help of Paul Allen, to an automatic system by using his mind as an excel worksheet. This was Bill Gates’ first link in the chain of creating solution-oriented changes in the world as a teenager.

When he was only 15 years old, he started an entrepreneurship with Paul Allen for the first time as well. Those two friends would sell Traf-O-Data, which analyzed the traffic data, for $20,000. But before that, there were also other things they did. Those two kids were searching for mistakes in computer softwares and helping out older guys. 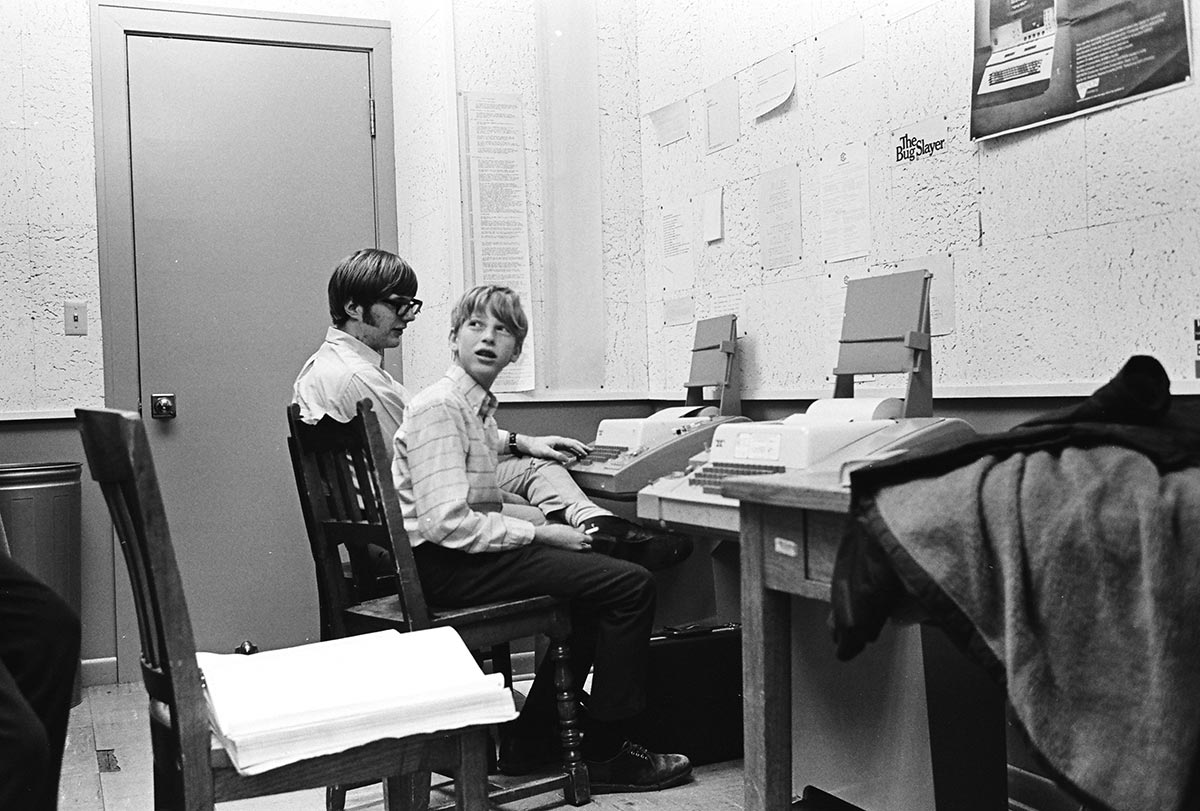 His family expected him to have a career in law. So, he enrolled at Harvard University, where he was supposedly going to study law. Having selected mathematics and computer science courses, Bill Gates would mostly sit around the table to play card games for hours. But after two years Bill Gates dropped out of the university, which is extremely difficult to get into and he himself was accepted with a high degree.

Because he had dreams such as changing the world by founding the technology and software company, Microsoft. Together with his childhood friend, Paul Allen, he founded Microsoft in 1975.

In 1986, Microsoft went public and Gates was started to be known as “A genius who became rich overnight”. However, no one considered that he had passed through thousands of sleepless, bad-tempered days full of obsession, before that night. At the age of 31, Bill Gates became a self-made billionaire.

In 1987, he launched Windows to the market. He introduced many innovations such as the chart calculation software and mouse. In 1993, Gates’ software was installed on 85 percent of computers in the world by selling 1 million a month.

Reaching the status of being the richest person in the world in a short time, Bill Gates was, on the other hand, accused and judged of establishing a monopoly. Before that, he had also committed some little crimes though. Driving without a license and speeding (1975), driving without a license and ignoring a stop warning (1977) … He did not hesitate to use his criminal record photo in Microsoft’s advertisement in 2008. This was taken when he was taken into custody at a young age. 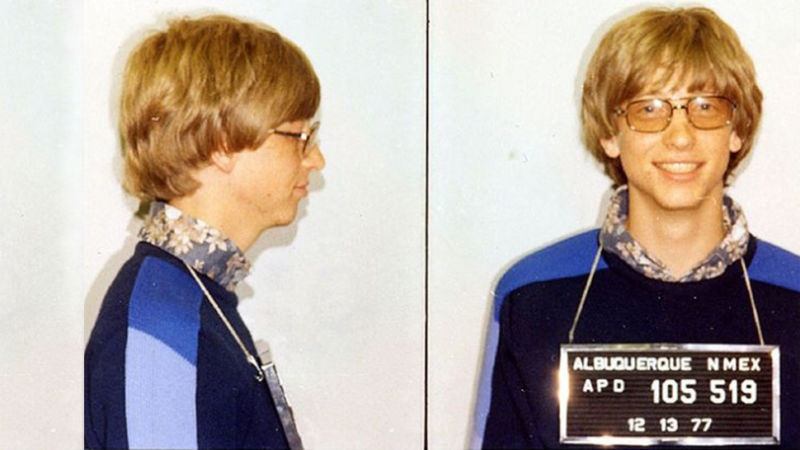 Answering objectively as “Both yes and no” to the question whether he established a monopoly, Bill Gates was protested by getting hit with a big pie in his face during his visit to EU authorities in Brussels in 1998.

He gradually handed over his responsibilities at Microsoft. Thus Bill Gates once answered the question “If you found out you would die, what would you say to whom?” with tears in his eyes as “I would say ‘thank you’ to Melinda (his wife)”. So he had other plans with Bill & Melinda Gates Foundation, where he transferred his most wealth to.

The couple decided to change the world with the foundation that was founded in 2000.

Bill Gates became obsessed with clean toilets after reading an article about children dying of diarrhea in Africa. He had new toilets produced, which can transform human feces into fertilizers by means of the chemicals in them and do neither need a sewerage system nor water. The project, for which $200 million were spent, aimed to be a solution for poor countries lacking clean toilets and sewage system infrastructures.

Bill grieved for children in Africa, who became permanently disabled or died due to poliomyelitis (polio), and invested hundreds of millions of dollars in vaccines. In a press conference, which was also joined by Bill Gates, the World Health Organization declared that they have eradicated polio in Africa and that 1.8 million children were no longer likely to get this disease. Just like HIV, malaria and many other diseases, Gates’ foundation took action to develop a vaccine to cure Covid19.

Due to the “anti-vax” movement, which has become crazy in the world, many diseases that were almost eradicated in the 19th century reappeared in the first 20 years of the 21st century and have endangered public health since then. People, who love to spread terror with conspiracy theories rather than solving obvious problems that exist in the world, accuse Bill Gates of being a devil trying to bring the end of humankind. In fact, he is a leader with strong foresight, who even transferred his legacy to the foundation and not his own children. He found it right to allocate $10 million to each of his three children.

Another most discussed initiative of Bill Gates is the one in nuclear energy… Developing new generation nuclear power plants that are beyond existing understandings and safe, TerraPower believes that this is the only way to stop global warming. Although TerraPower states that it can meet the energy needs of USA for 125 years with the nuclear waste produced in the USA alone, it failed to convince any country except for China to its nuclear project ‘that claims to save the world’. As for the agreements with China, these went down the drain because of the economic war declared by Trump. 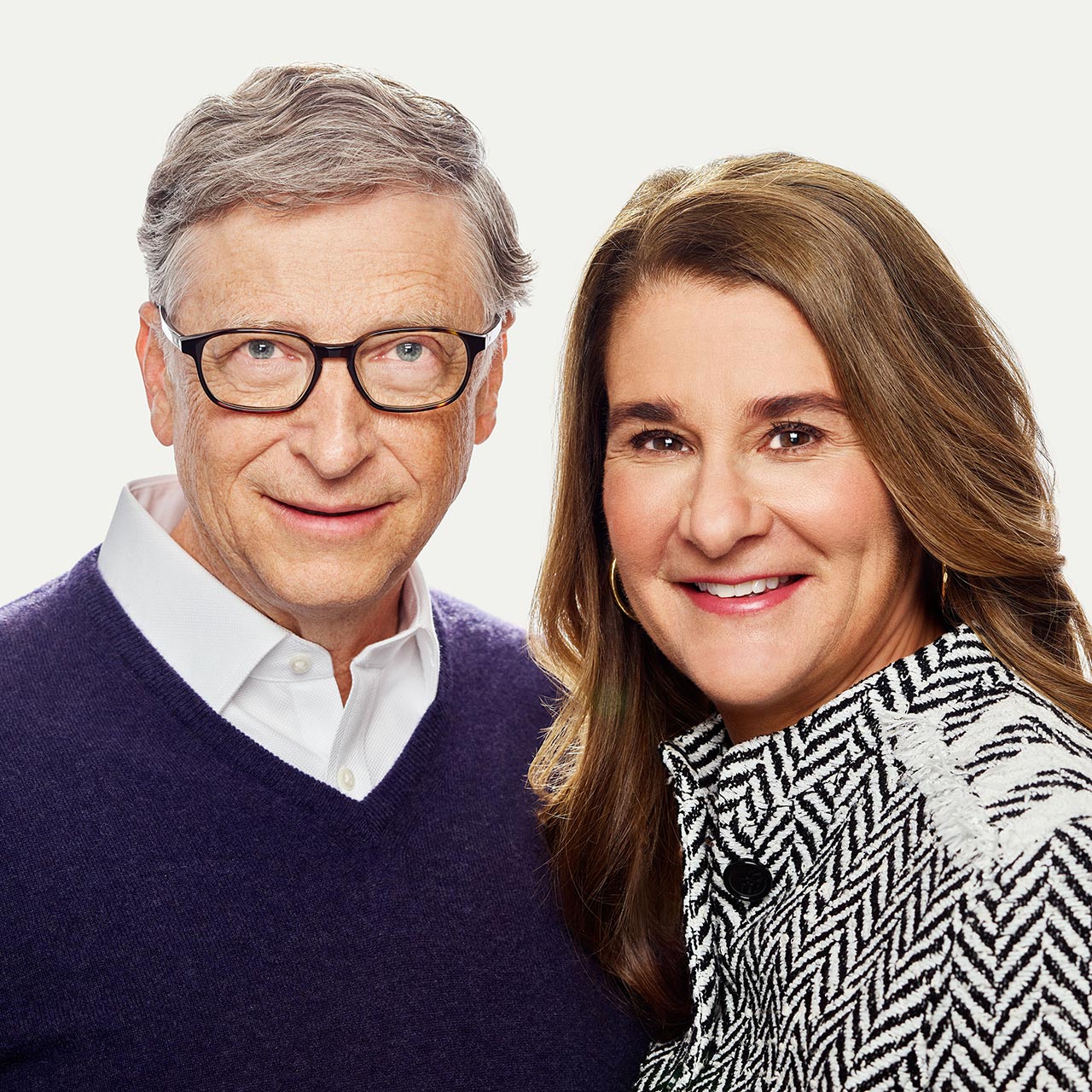 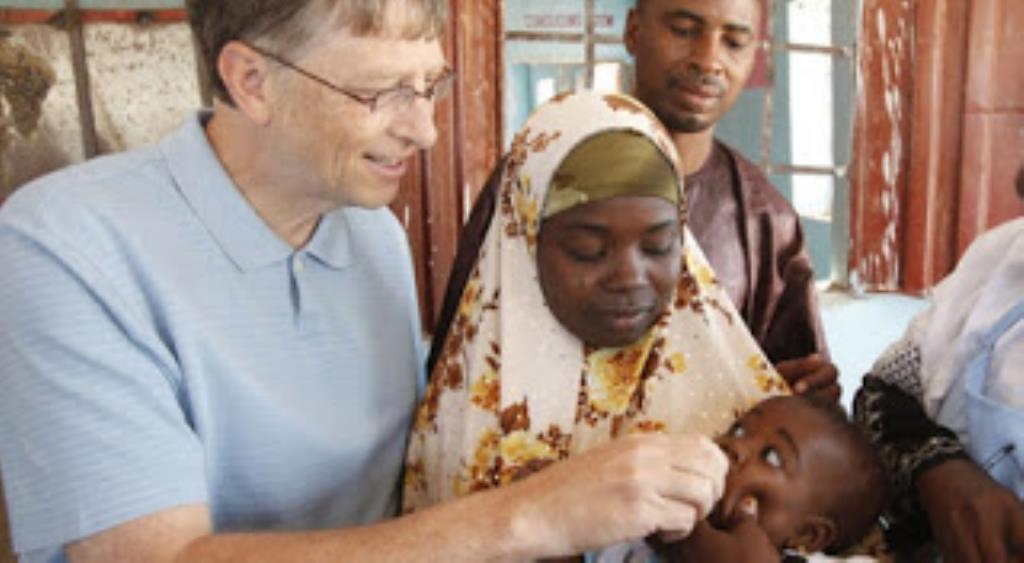 Bill behind the door

Bill is a coffee lover. His biggest fear is to become brain dead. He likes dressing casually; most of the time he wears V-neck sweaters… He is punctual and gives importance to time management. For years, he has worked without knowing what the terms ‘weekend’ and ‘holiday’ mean. Bill is very fond of his wife and his father, who he lost recently. There are even people, who speak of him as being “the only man in the world not complaining about his wife”. Bill likes being friends with Warren Buffet, who made a big donation to the foundation, and is a big fan of him. He does not do anything for the purpose of inspiring people, rather his only goal is to optimize. When he saw a computer for the first time he thought and regretted that “the revolution on earth has already begun without us”. He has always a claim and believes in himself.

He explains his ambition as follows: “When you have difficulties, you want to give up, but then you say I will work harder.”

He is also a thrifty person who kept enough money in his bank account that could pay everyone’s salary for one year, although he did not receive any payment in his first years as an entrepreneur…In the early days of Microsoft, he was also a workaholic, who knew the number plate of all employees by heart, who kept track of the time when one came to and left work and whose mind functioned like an Excel program…

Success is a bad teacher for Bill Gates, who says “Don’t compare yourself with anyone in this world. If you do so, you are insulting yourself”. 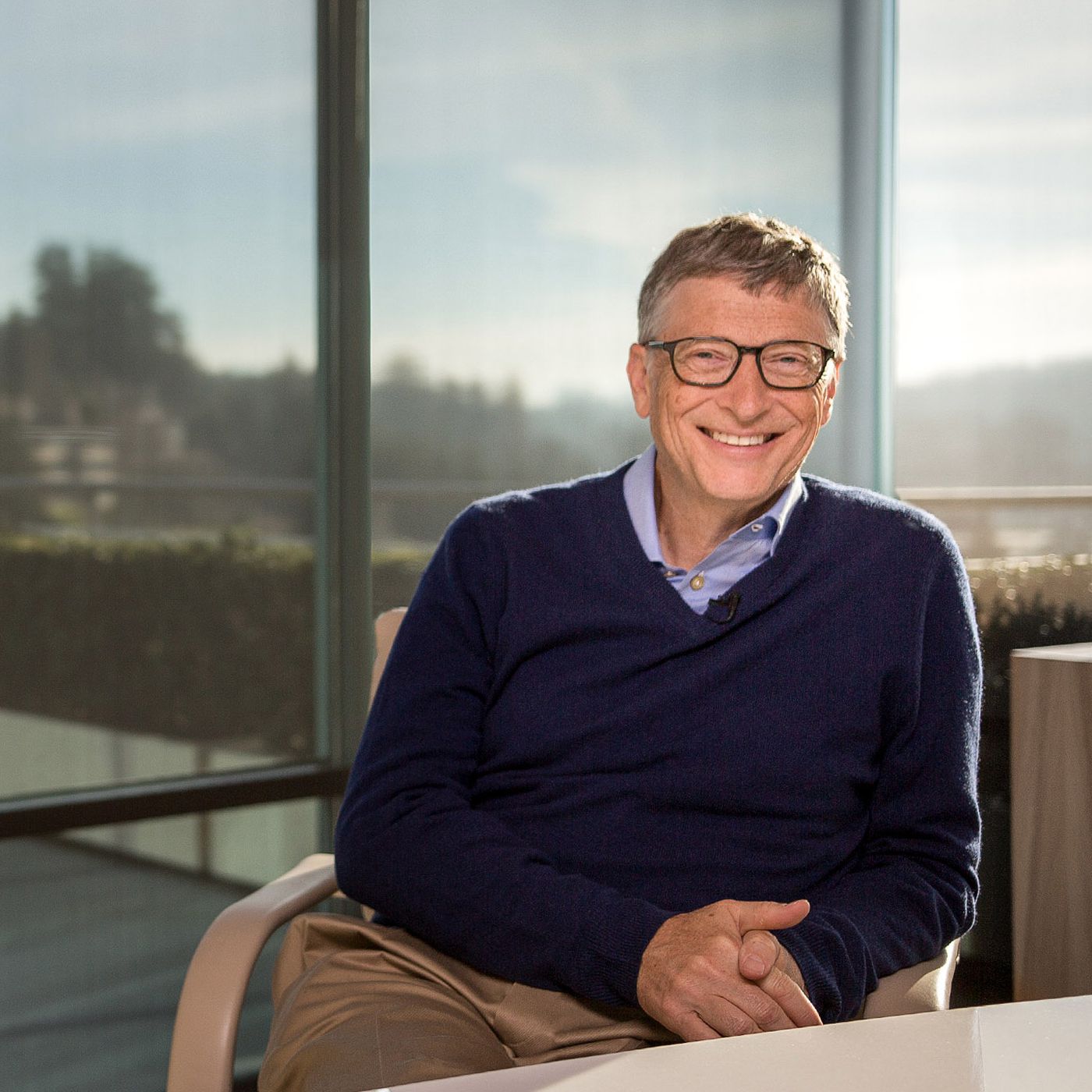