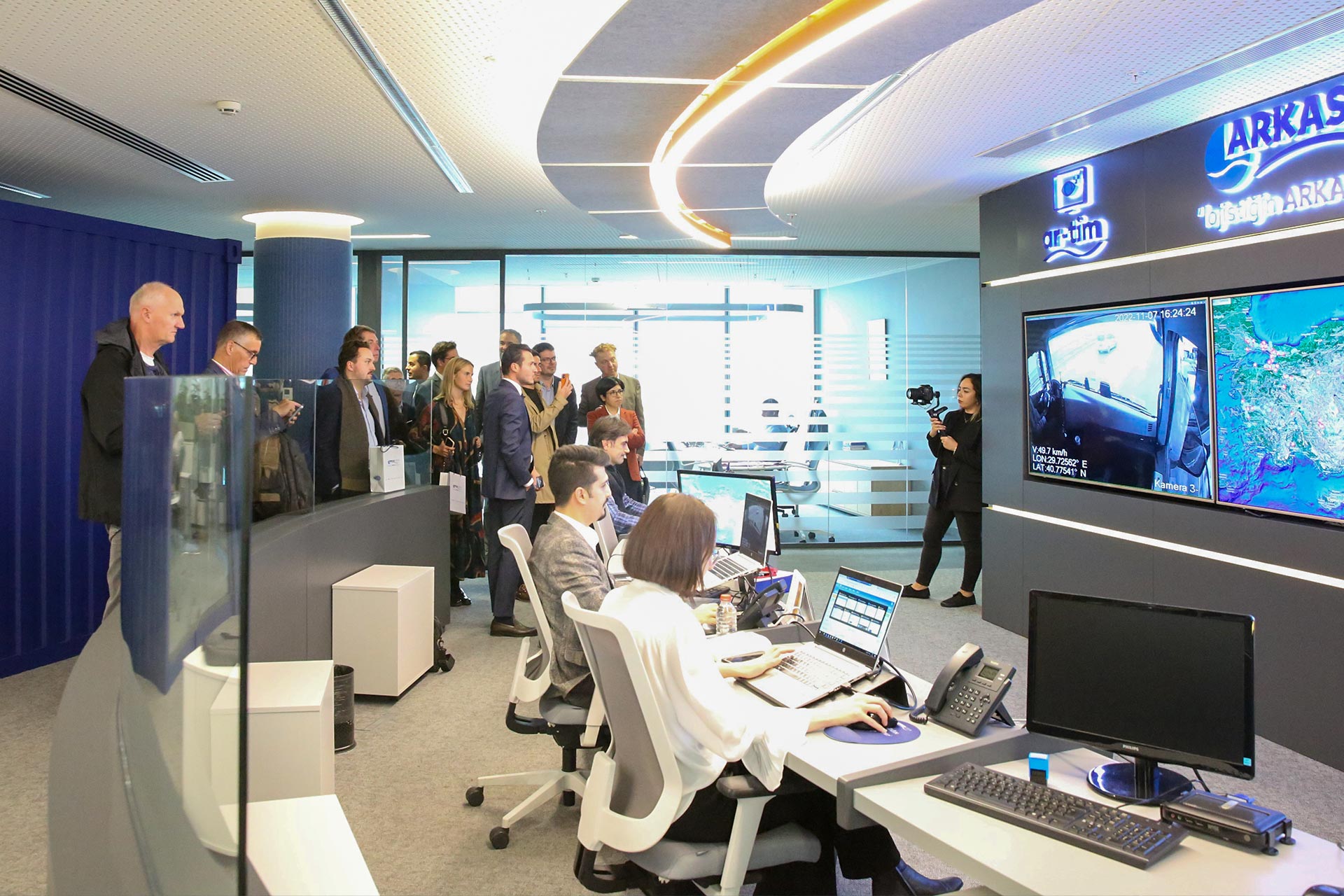 Arkas Logistics hosted journalists from Germany as part of the trips organized by the Investment Office of the Presidency of the Republic of Türkiye under the event title “Türkiye’s Service Exports”. Hosting the representatives of Germany’s leading broadcasting organizations, Arkas Logistics presented the advantages of the cooperation between the two countries as well as the company’s activities in its main business lines.

In line with the efforts to promote Türkiye’s investment environment, the Investment Office of the Presidency of the Republic of Türkiye organized a press tour titled “Türkiye’s Service Exports”, during which Arkas Logistics was also visited.  Arkas Logistics presented its activities to a group of 25 journalists from 18 media outlets.

The importance of the “Middle Corridor” is growing

Expressing that Arkas has been investing both at home and abroad to become an important player in the “Middle Corridor”, Arkas Logistics officials also explained the objectives of the partnership with duisport, Europe’s largest intermodal logistics terminal operator. It was stated that the objectives of the Railport Terminal investment in Kartepe, Kocaeli are to develop multimodal logistics hubs in Türkiye and expand the intermodal network between Europe and Asia.

Located in the heart of the industry on approximately 265 thousand square meters of land, the land terminal will be used as a transshipment terminal where cargo can be discharged and handled again. The terminal will both feed the China-Türkiye Silk Road line and cater to East Marmara ports.

Railway lines for loading and unloading operations, container stacking areas and a 5000-sqm warehouse are being built in the first phase of the project. With an annual storage capacity of 100 thousand containers and 500 thousand tons of general cargo, Railport will be an environmentally friendly investment with its railway connection.

In addition to the companies within Arkas Holding, the Logistics Services Group also introduced the two new Arkas companies to the German media members.

The Group firstly introduced Shipeedy Logistics S.A., which will carry out LCL distribution and storage activities under LCL logistics services. While Shipeedy aims to be a pioneer in the industry with the digital service to be offered before and after sales, the enterprise also aims to bring a different perspective to the LCL logistics industry.

The Group’s other new company Arkas Rail was also introduced as an enterprise which will make a significant contribution to the railway transportation industry with an environmentally friendly solution that is also safe and provides price stability, low transportation risk and volume advantage to customers in a single shipment.

Having recently undertaken many initiatives to support its core strategies of “digitalization and speed”, Arkas Logistics introduced its AR-CELL and Ar-tim applications to the German media members.

In the AR-TIM Arkas Logistics Technology Monitoring Center, drivers are monitored, and, speed, route and location are tracked in real time; transportation information is notified to drivers via SMS; and in-cab cameras in vehicles are used to record navigation.