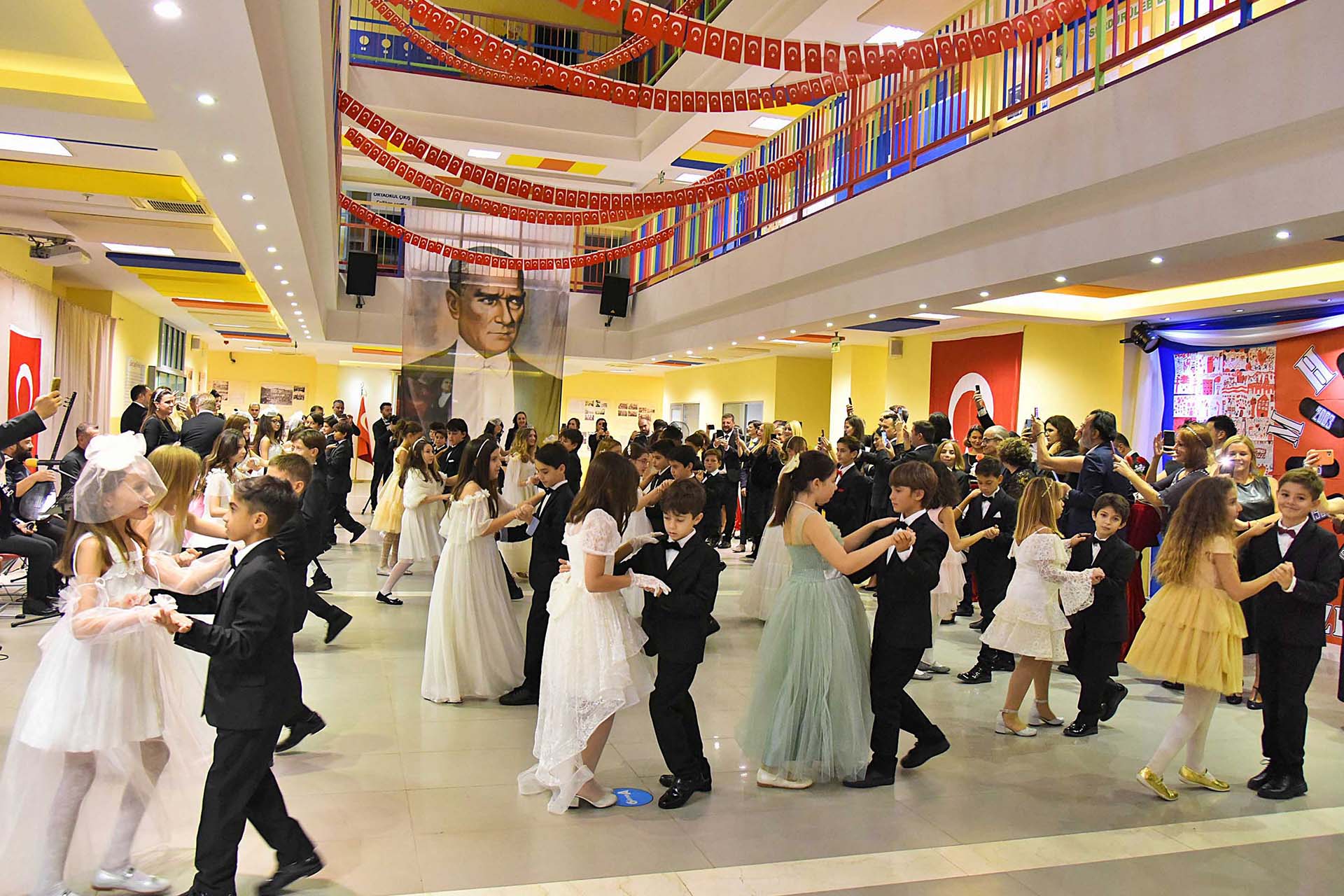 Private Piri Reis Schools celebrated the 99th anniversary of the Turkish Republic with 5th grade students, with inspiration by the last ball attended by the Great Leader Mustafa Kemal Ataturk in Bursa.

The 99th anniversary of the Republic was celebrated in a traditional Turkish Republic Ball at Private Piri Reis Schools. Having prepared for the ball for a year, the 5th grade students had the opportunity to learn about the different personal aspects of the Great Leader Mustafa Kemal Ataturk while portraying famous characters of the Republican Period who led the people in every field of society from art to politics, science to sports as being the “first” in their profession.

The event was organized at the Guzelbahce and Karsiyaka campuses of Private Piri Reis Schools, and every detail of the event, from the invitations to the outfits, music and refreshments, was created in line with the conditions of the first years of the Republic. The students entered the hall through the red carpet after their names were announced. The participants listened to the 10th Year Speech in the voice of the Great Leader Mustafa Kemal Ataturk. After waltzing with their partners at the ball, the students danced with their parents to the music of the instrumental ensemble, sang folk songs and then played a Turkish folk dance called “Zeybek”, reliving the first years of the Republican Era. 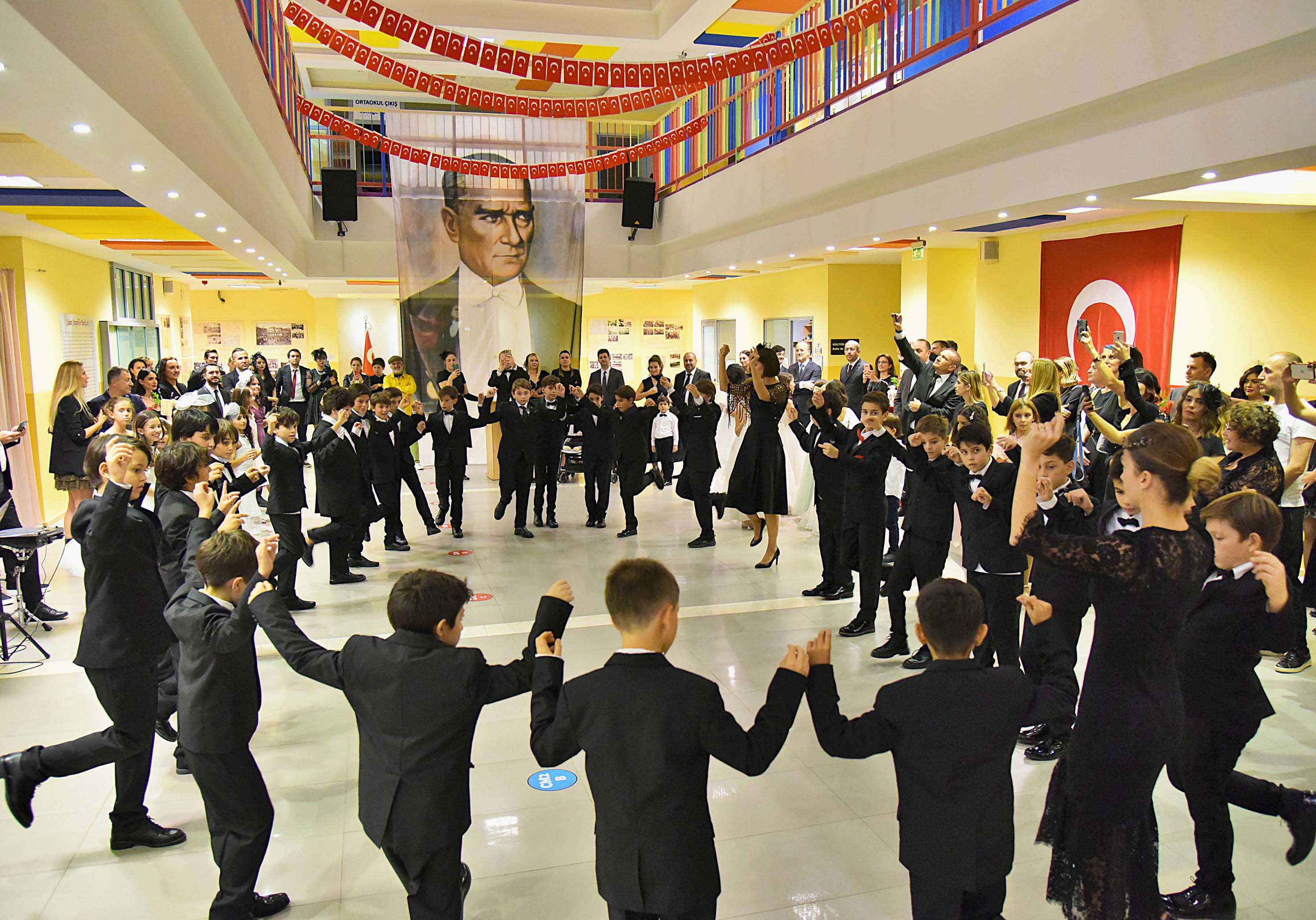 Sabrina Ataseven, General Manager of Private Piri Reis Schools, stated that the organization was based on the idea of giving students a different experience and added, “Our aim when we started the project was to make children personally experience that period in time. We wanted to create a tangible outcome on top of theoretical knowledge. While other classes of our school celebrated the October 29th Republic Day with other activities, we had a ball with the 5th grade students. We picked approximately 80 students from both campuses to embody renowned people who have been the pillars of our country since its foundation. Students conducted detailed research on the professional lives, social lives and even personality traits of these people. Then they portrayed them at the ball. These students will attend many balls throughout their lives, but the Turkish Republic Ball they attended at school will always remain as a special memory as their first experience.”