An Enjoyable Chat With Arkasian Athletes 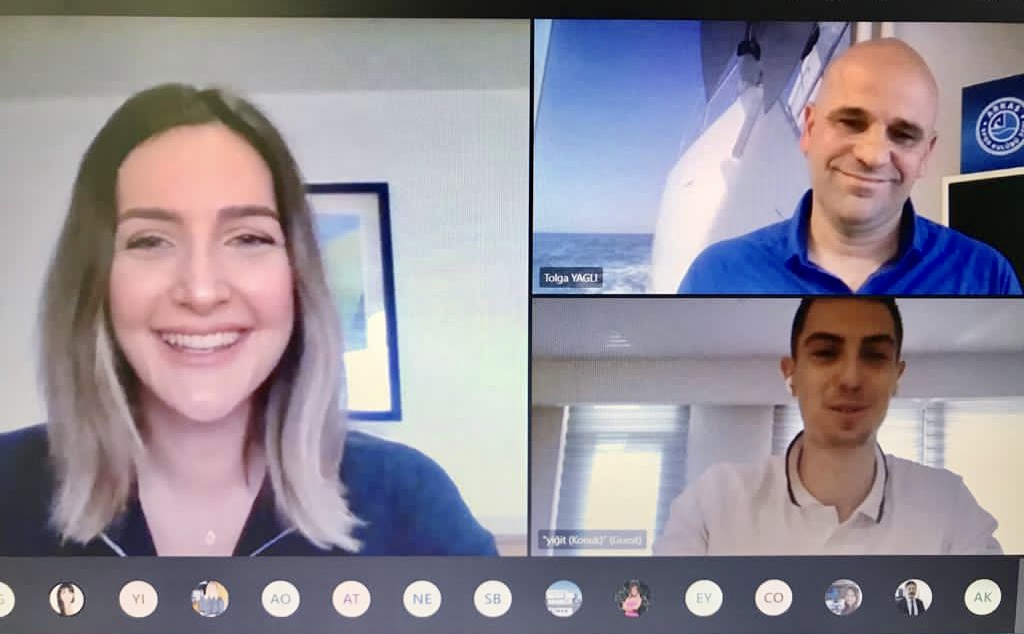 Yiğit Gülmezoğlu and Tolga Yağlı, both successful names in Arkas Spor, attended the “One of Us” chat program, organized by Arkas Academy. In the event, which was held online, the athletes told Arkasians everything they wanted to know about their branches and themselves.

The “One of Us” chat program, which is effective in increasing in-house communication and motivation, continues. Arkas Spor A Team Volleyball player Yiğit Gülmez and our sailing athlete Tolga Yağlı joined the online event, organized and prepared by Arkas Academy. Team spirit, the importance of sports and goals were among the main topics of the program, which attracted a great deal of attention from Arkasians.

Trust is an Important Factor in a Team

During the chat, Yiğit Gülmezoğlu stated that he started to play volleyball at a young age in Arkas and said that Arkas Spor attaches great importance to the youth system. Emphasizing the fact that 70-80 percent of the team players come through the youth system, Gülmezoğlu underlined that Arkas Spor is an exemplary sports club regarding its youth system. Stating that he has also played in the National A Volleyball Team, Gülmezoğlu continued with these words on the success of a team: “Trust and mutual understanding are important factors in a team. To build them, you need to spend time with your teammates not only in training but also in social life and get to know each other better. So, you can harmonize and empathize more. Of course, you should also like and respect each other.” Yiğit Gülmezoğlu added that Izmir is represented by two teams in the men’s volleyball league and said that he believes the success of Izmir and Turkey will rise in this field.

Motivate Your Children in Sports

Tolga Yağlı, who said to have started with sailing at the age of 7, pointed out that he has worn the national jersey 700 times. Yağlı explained that they started a sailing club together with Cenk Değer and Mert Oruz, both managers at Arkas, and said: “Later on, Mr. Bernard Arkas came as our guest and supported the team for two years from outside. Then he told us that his goal was to achieve overseas success in sailing, and we made a serious progress in this field. In 2015, thus, we participated in the Rolex Cup in Malta and won. Our goal is to increase our success abroad.” Stating that Arkas Çeşme Sailing Club and Site Spor have been training athletes in sailing, Tolga Yağlı emphasized that their aim is to raise good people, who are beneficial to the country. Yağlı said that the equipment, boat maintenance and the harmony of the team are indispensable in sailing and continued: “Motivate your children in sports. There are protocols with universities led by the Ministry. Children can both study and develop in a specific sports branch.”

Arkas Academy will continue to bring together Arkasians with new guests at the “One of Us” program.