The Future Lies in Clean Energy 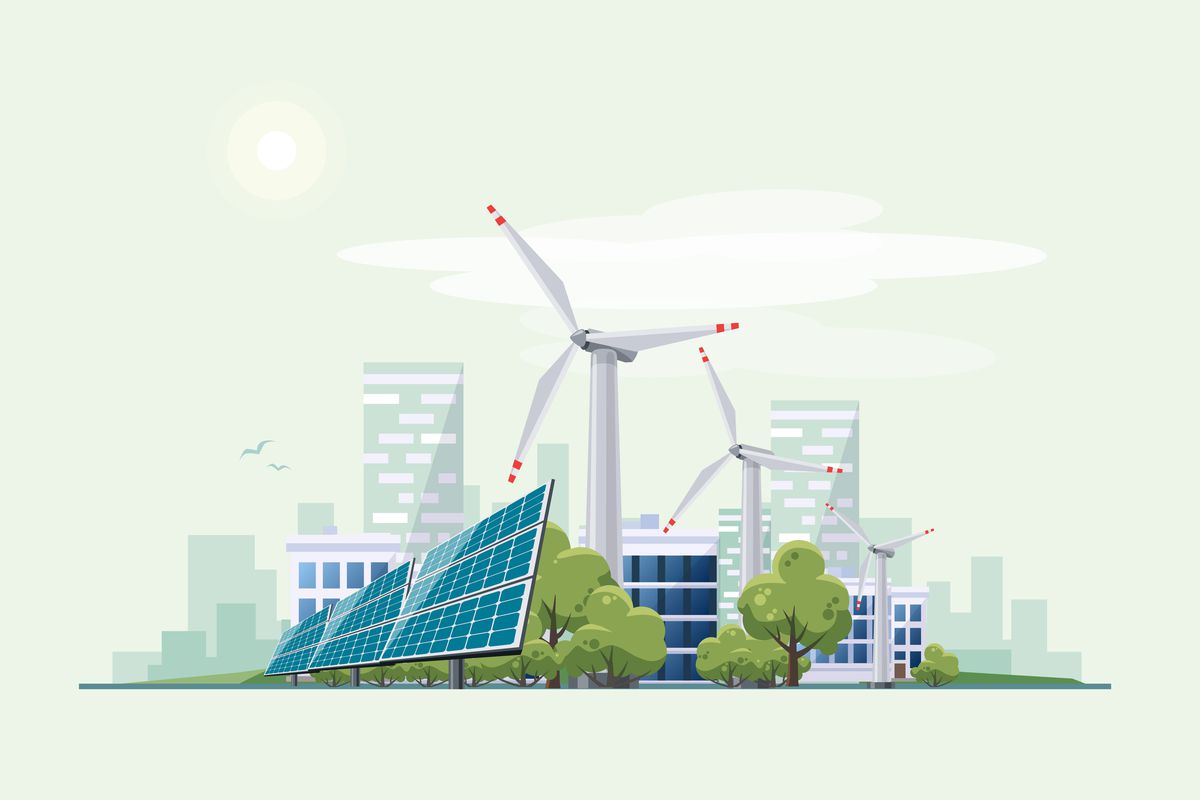 In recent years, the tendency to use renewable energy, which stands out with its eco-friendliness and sustainability, has been increasing. The fact that the world is running out of fossil energy resources ensures to invest more in renewable energy and to enhance incentives in this area. The growth in the sector of renewable energy is also drawing attention in times of the COVID-19 pandemic, which has affected the world and has many economic impacts. In the Renewable Energy Report of 2020, published by the International Energy Agency (IEA), it is also stated that the renewable energy capacity in the first 10 months of the year reached a record growth rate with an increase of 15 percent compared to the same period of 2019. Fossil fuels are being replaced by renewable energy resources within sustainable energy policies…

Energy not only ensures that the basic needs of humans are met and economic activities are carried out, but it is also an important factor in building the social and economic development level of countries. While some factors such as fast population growth and technological advance cause a higher demand for energy, they also reveal the fact that fossil resources will not be enough in the future. In recent years, this has led to the enhancement of investments made in renewable energy resources for clean energy across the world. However, fossil fuels are already being used in a major part of production. According to IEA’s Renewable Energy Report of 2020, investments in natural gas and coal sectors have decreased due to the new coronavirus type, whereas renewables keep growing. This brings the efforts to benefit from renewables such as solar, wind, geothermal, biomass, hydraulic energy and ocean energy into the forefront. The reason why renewables, which can be defined as alternative energy resources, are preferred is because they are reliable and eco-friendly.

Renewable Energy Investments are on the Rise

As stated in the Renewable Energy Report of 2020, the global demand for energy dropped 5% during the pandemic period, showing an unusual halt in the last 50 years. However, when the investors decided to enhance their investments in the renewable energy sector, this helped the sector to successfully overcome the challenging test process. In the January-October period of 2020, fifteen percent more renewable energy tenders were completed compared to the previous year. In October 2020, the market values of solar energy companies in global stock markets doubled compared to the same month of the previous year. It has also been emphasized in the report that renewable energy markets are much more resistant to crisis situations.

The report, published by World Wide Fund For Nature (WWF) in 2011 and containing clean energy predictions for 2050, also shows that it will be possible to meet the whole global energy supply from renewables by 2050. It is stated in the report that the whole energy need, which is increasing thanks to technical, legal, social and economic transformations to be performed globally, can be covered by renewable energy.

We Must Protect Our Future

The dependency to fossil fuels does not only impose a burden to the economy but also cause greenhouse gas emissions in the atmosphere, which in turn result in climate change. We need to keep global warming under 1,5 degrees to prevent climate change from causing irreversible consequences for both humanity and our world. In other words, we have to set the level of greenhouse gas emissions at 350 ppm. The only way to do this is to decrease the rate of fossil fuels in energy production and to prefer renewable energy resources.

While the preference ratio of renewable energy increases due to its reliability and eco-friendliness, it is estimated that renewables will be the main actor in preventing the lack of energy. Renewable energy systems should be made more prevalent to leave a clean and sustainable world for the next generations.