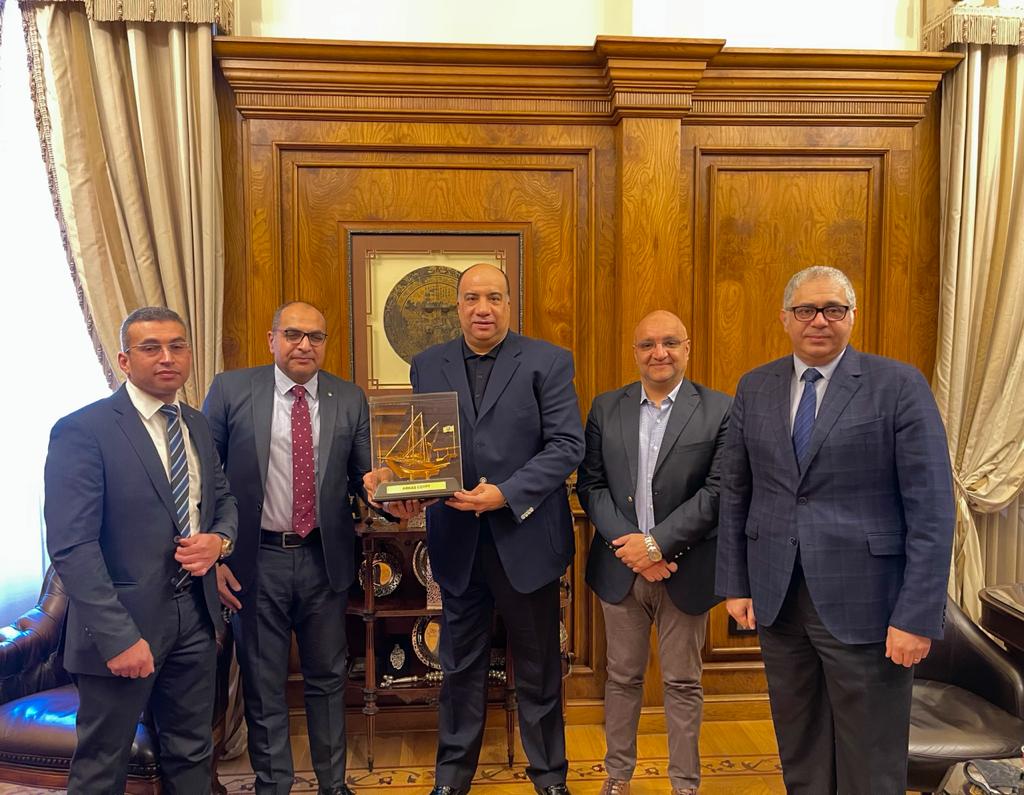 Arkas Egypt has been awarded the “Star” award by Maersk Line for its secure, fast and successful management of the large-scale Maersk crew changes in Egypt.

Under the challenging pandemic conditions of 2020, Arkas Egypt managed one of the biggest transfer operations within the scope of “Maersk Line’s Large-Scale Crew Change Project” in only 15 days by working in coordination with all authorities to evacuate 510 seafarers in different Egypt ports, who required immediate repatriation as their contracts had been extended long ago. The professional work Arkas Egypt provided in this large-scale crew change project, has been appreciated and awarded by Maersk Line Liner Operations Centre (LOC). The award was presented to Mohamed Mousellhy, CEO of Arkas Egypt, by Omar Gharbo, Cluster Managing Director at Sealand, and Mohamed Khattab, Vessel Agency and Port Said Branch Manager at Maersk Line, on behalf of Maersk Line LOC. The representatives of Maersk Line stated their appreciation for Arkas Egypt Team, who has received the “Star” award due to the magnificent efforts and expertise it has shown in terms of arranging a safe pathway for the crew change within the planned time despite highly challenging conditions.

In the award ceremony, Toon Pierré, CEO of Maersk Egypt, said: “On behalf of Maersk Line, we would like to express our deepest gratitude and appreciation for the professional execution of Maersk crew changes in Egypt. Your assistance has literally touched the lives of thousands of people. We wish you and your esteemed company all success.”

The crew changes, which have been stopped due to the Covid-19 pandemic, put seafarers on merchant ships at risk of depression. 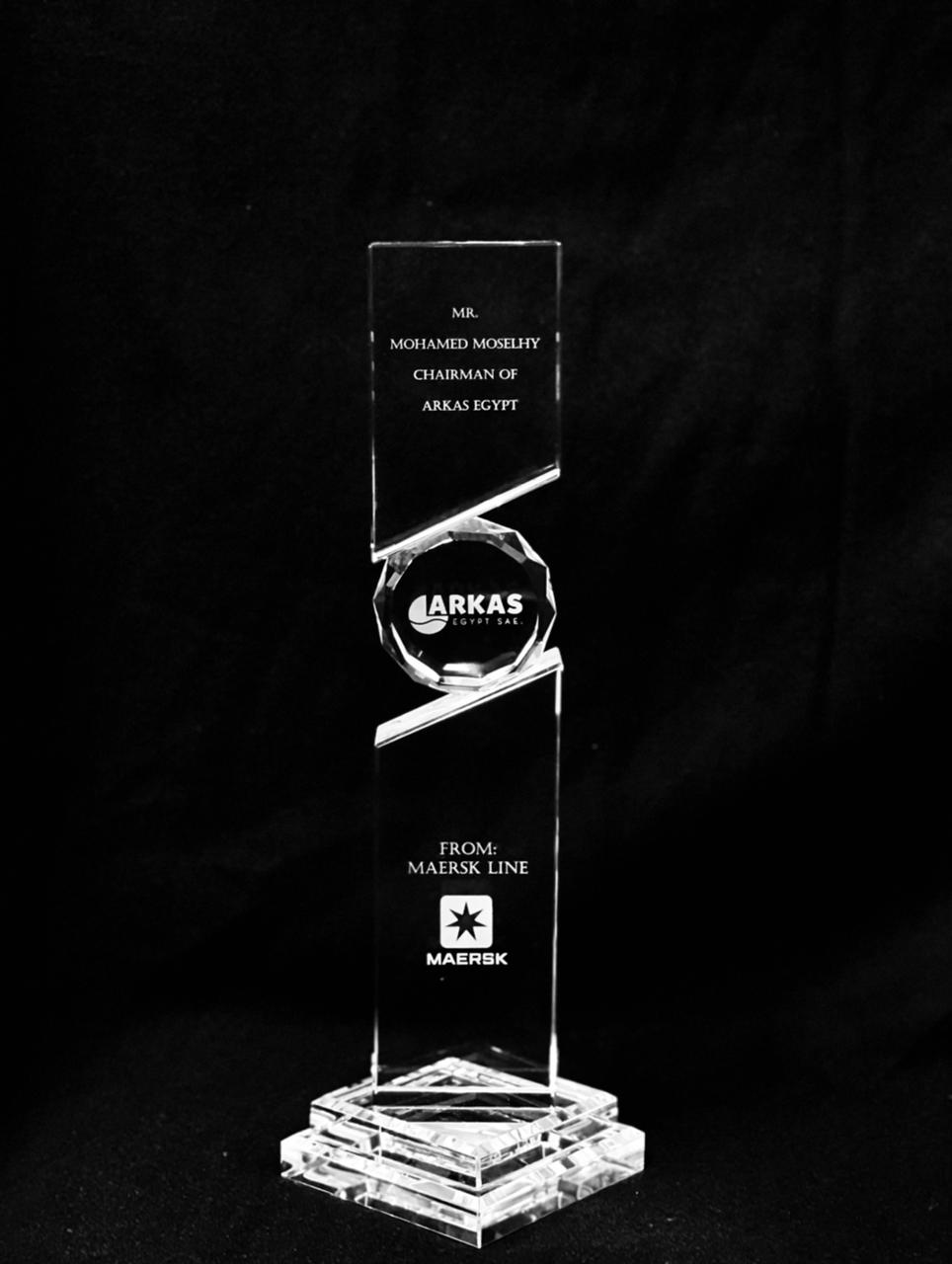 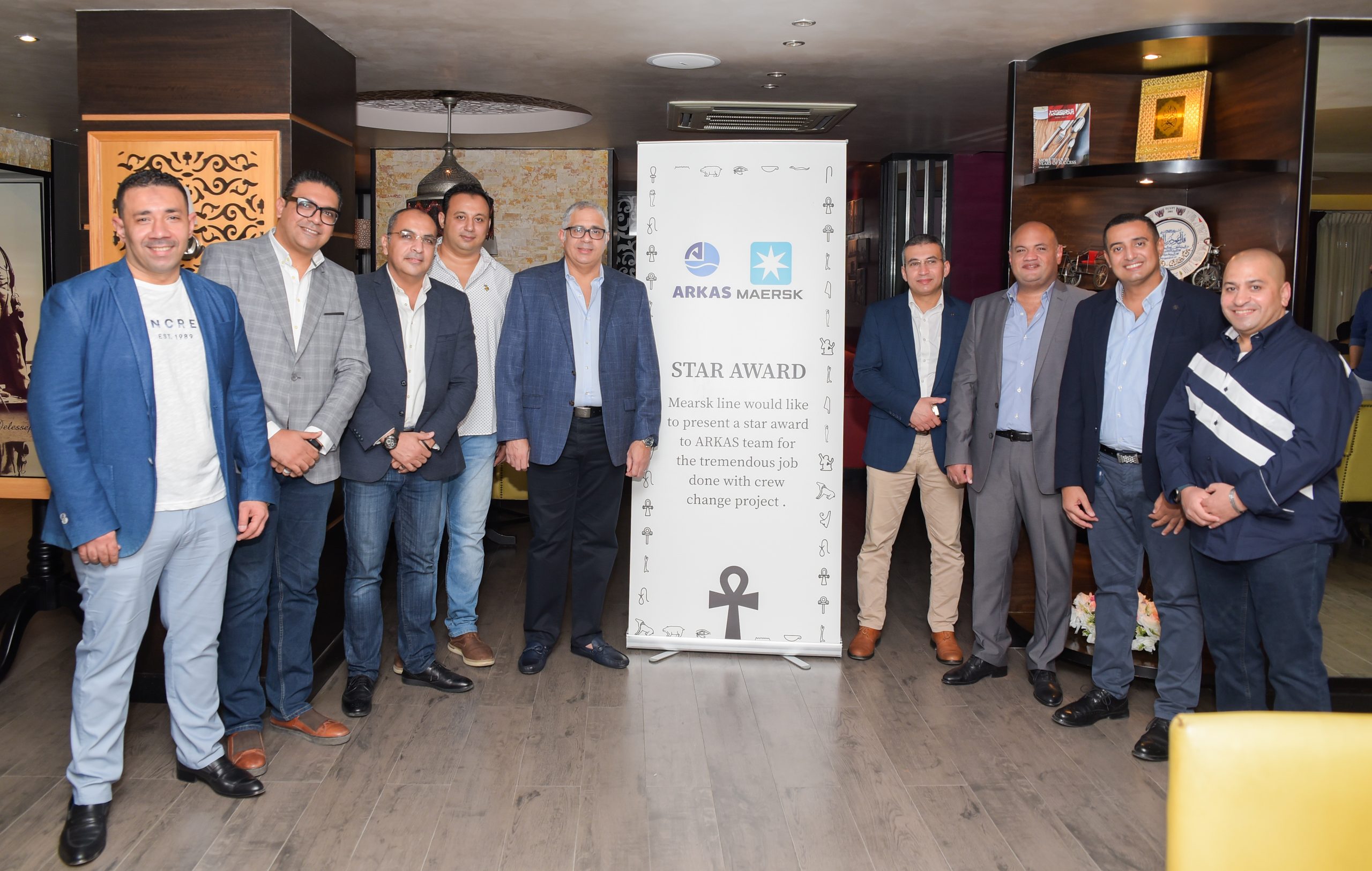