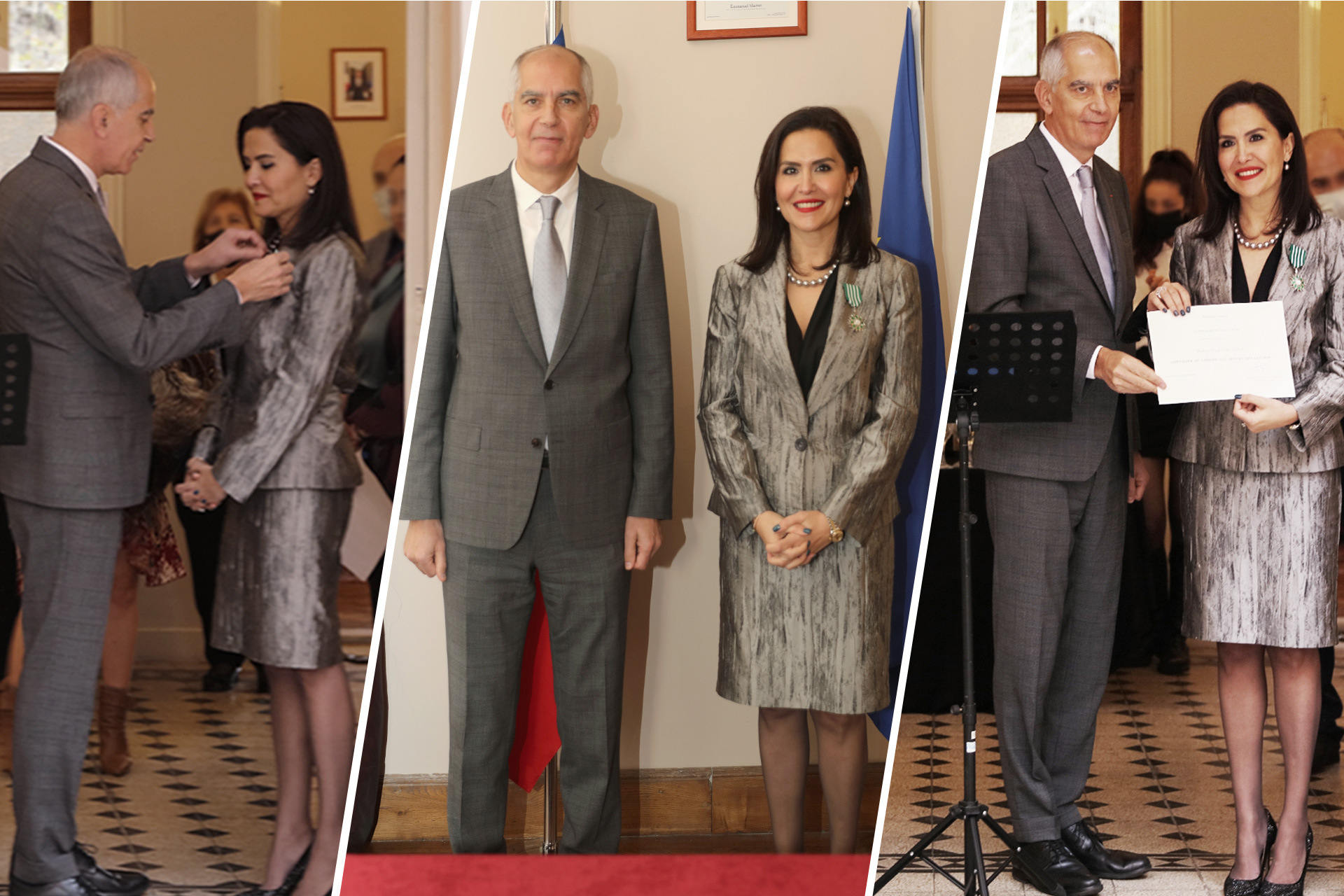 Mujde Unustasi, the Director of Arkas Art Centre, was deemed worthy of The Order of the Arts and the Letters by the French Department of Culture. Receiving the Chevalier de l’Ordre Des Arts et Des Lettres medal, Unustasi expressed that art is one of the indicators of the cultural interaction between Turkey and France, stating that the Arkas Collection is an outstanding resource which can be used to follow this cultural dialogue.

Stating their sentiments and thoughts, Unustasi expressed utmost honour to have contributed to the development of culture and art relationships between France and Turkey, which are rooted deep in history. Unustasi also marked that their relationship with art started at a very young age when she was extremely impressed with the works of French painters “Art presents one of the most beautiful examples of the cultural interaction between Turkey and France, who have been in a close relationship for many centuries. The Arkas Collection is a wonderful resource, which presents a very rich variety of works which can be used to follow the cultural dialogue between France and Turkey. Indulging in this unmatched collection, while following the paintings produced under the influence of the Turqueries fashion, and marvelling at the motifs of Savonnerie carpets on top of a Hereke carpet laid on the floor… These are all proof of how much these two cultures have influenced each other throughout history. All this completes my story at some point. What I do is actually a kind of storytelling; to explain the interaction between cultures through works of art and exhibitions. In every project we organize at the AAC, we endeavour to blend many different aspects of art and open the doors to an enchanted world for our visitors. While doing this, one of our most important missions is to instil a love of arts to our little visitors.”

Unustasi also extended their thanks to Arkas Holding President Lucien Arkas for their faith and support.