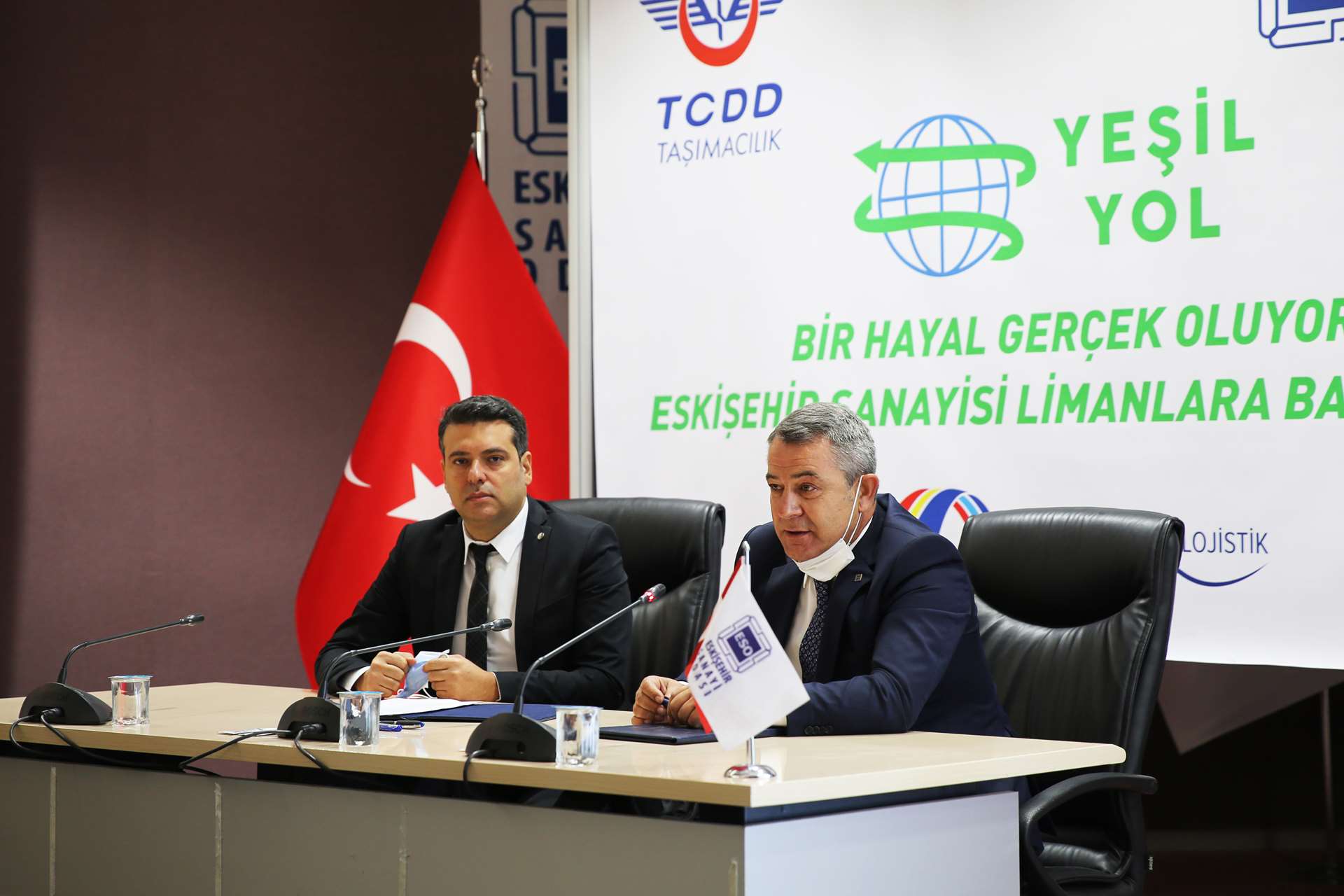 The protocol of the Green Road project, which will integrate the industry of Eskisehir into world trade networks, was signed in Eskisehir. The project is lead by TCDD Tasimacilik A.S. and Eskisehir Chamber of Industry (ESO), in cooperation with ESO-ABIGEM and Arkas Logistics. Arkas Logistics trucks will bring industrial goods produced in Eskisehir to Hasanbey Logistics Centre, which will then be transferred to the ports in Gulf of Izmit via railway. The project aims to reduce transportation costs by 50% and carbon emissions by 80%.

The first step has been taken on the Green Road project that will connect Eskisehir to the ports. Loaded by Arkas Logistics, the first container train took off from Eskisehir and was sent to Derince to go to China with 23 wagons of major appliances. A signing ceremony was held at Eskisehir Chamber of Industry after the departure of the first train. The project, lead by TCDD Tasimacilik A.S. and Eskisehir Chamber of Industry, in cooperation with Arkas Logistics and ESO-ABIGEM Logistics Unit, will connect the industry of Eskisehir to the ports in the Gulf of Izmit and Europe in the west, to the Port of Mersin in the south, and Azerbaijan, Georgia and Turkic Republics in the east via the Baku – Tbilisi – Kars railway connection, from Hasanbey Logistics Centre with iron networks.

Erol Ayyildiz, Governor of Eskisehir, stated that the project will open Eskisehir up to the world and that he was happy to know that the endeavour was ecologically and environmentally friendly. Ayyildiz also stated that a new horizon opened up for the region. Kamuran Yazici, General Manager of TCDD Tasimacilik A.S. said that one of Turkey’s largest logistics centres had been built in Eskisehir. Yazici stated that regular train services would be carried out between Hasanbey Logistics Centre and ports in the Gulf of İzmit and that railroad transportation would be initiated on the BTK Railway line, therefore helping containers loaded up in Eskisehir reach the Middle East, Asia and China by train without second handling. Celalettin Kesikbas, President of Eskisehir Chamber of Industry, stated that a significant part of Eskisehir’s exports was made by road and that shipments would be carried out to ports by container and train transportation from this point forward.

Seeing as the export potential of Eskisehir will no doubt expand in the near future thanks to the Green Road project, 100,000 containers per year are expected to be transported to ports by railroad. 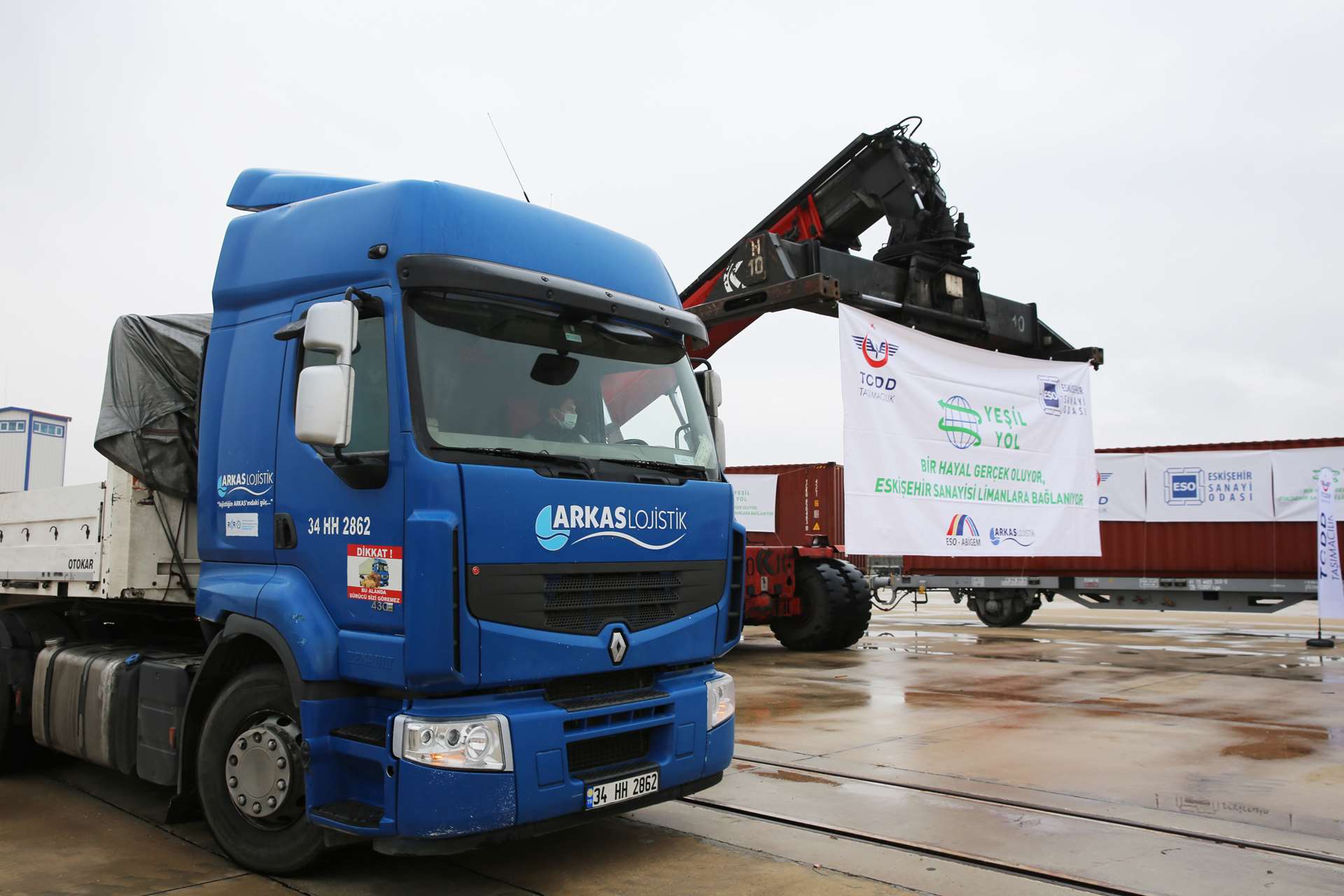 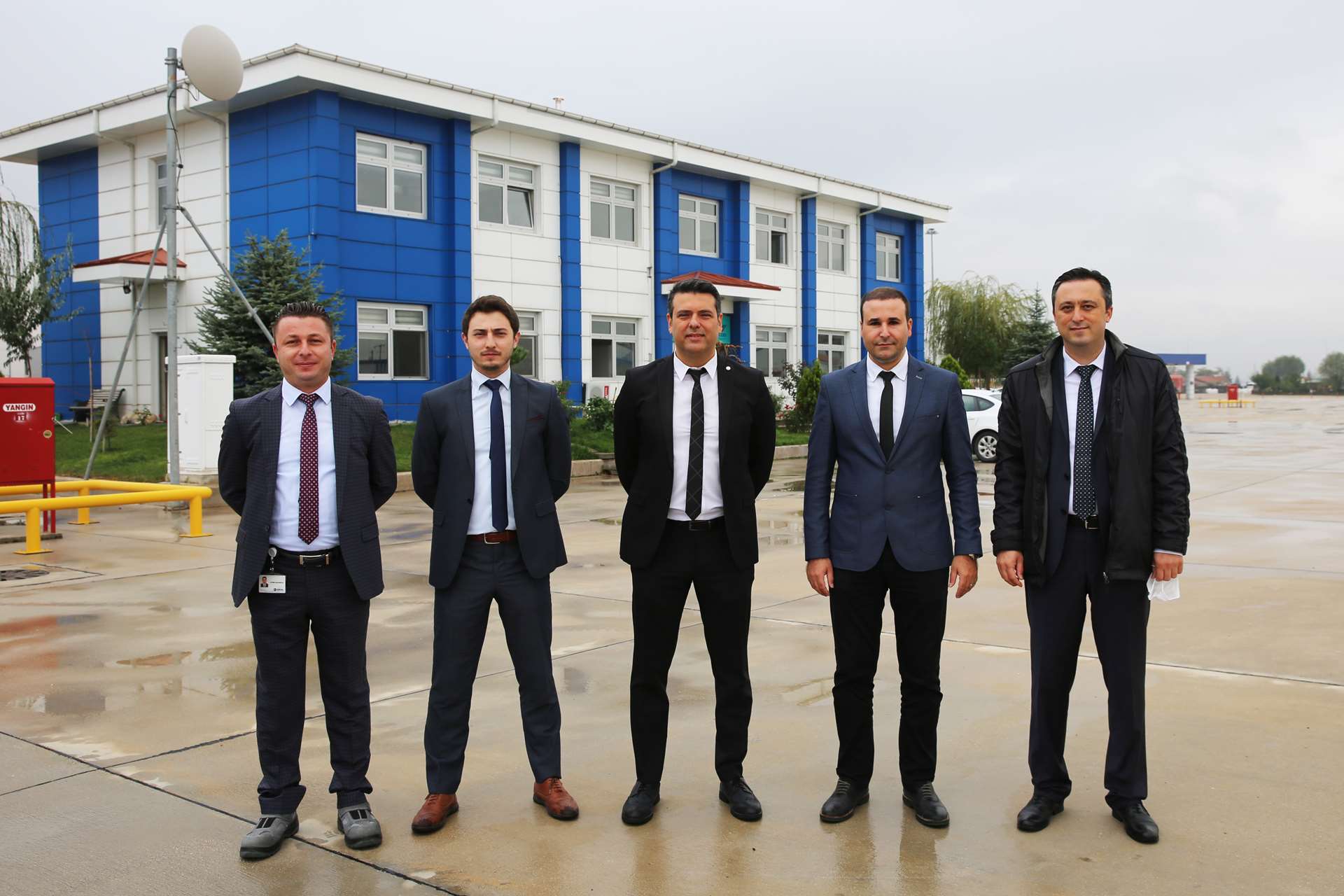