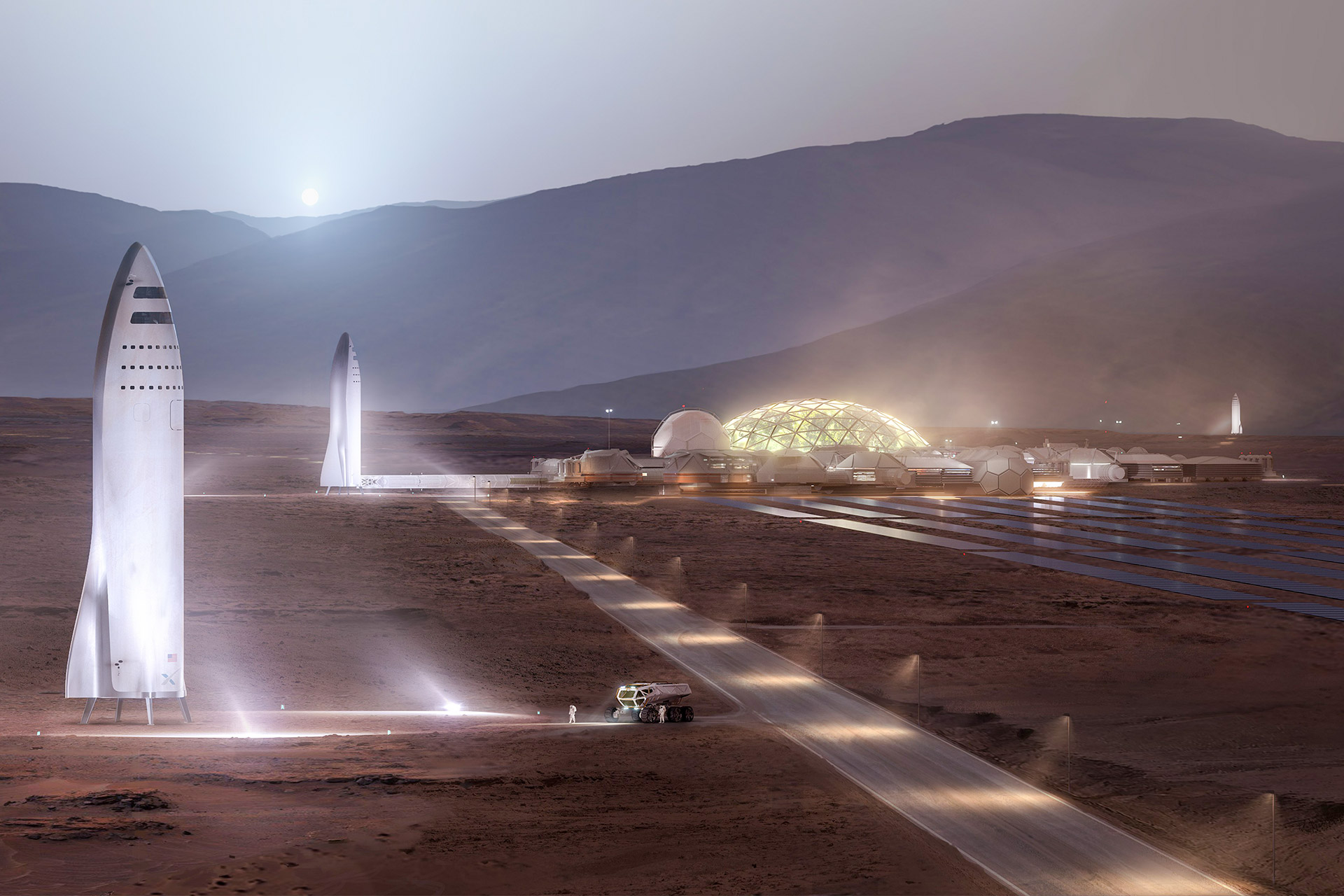 The first attempts of the United States and the Soviet Union to explore space in 1957 are considered as the unofficial start of the space race between these two countries. This competition, once a part of the Cold War, continues today with more competitors and a more advanced technology. After Yuri Gagarin became the first human in space, making an orbital flight in his “Vostok 1” spacecraft in 1961, Neil Armstrong also went down in history to be the first human to set foot on the Moon in 1969. Back in 1966 only 6 countries had satellites in space, but today this number has increased to 60. While studies regarding further travels to the Moon and the colonization of Mars have been major symbols of the space race between countries, this struggle has caused a rivalry in the areas of space tourism and art as well.

The reflections of the Fourth Industrial Revolution brought about by innovative approaches in technology also show themselves in the cosmic field. In other words, the importance attached to space studies makes its presence felt in a wide area ranging from space defense industry to space tourism, and from art to satellite construction. The steps taken by Russia and China in the field of space safety, the establishment of the “United States Space Force”, the rapid increase in the number of earth satellites for defense, the plans to shoot movies in space as well as famous businesspeople competing with each other in space travel; all are concrete evidence that the rivalry has also spread to space. While many states and private companies are encouraging investments for their space-related activities today, these investments reduce the costs in space travel and attract the attention of more investors in this field.

One of the most obvious indicators of the competition in the field of art in space was that the US and Russia shared with the world that they were planning to shoot a movie on the International Space Station (ISS). Last year, the movie star Tom Cruise started getting ready for his new movie to be shot in space with the support of Elon Musk, CEO of Tesla, and National Aeronautics and Space Administration (NASA). It is said that this movie will not be a sequel to the series Mission: Impossible. After Elon Musk and NASA had reached an agreement with Tom Cruise to make a movie in space, Russia announced in May 2021 that it decided on the actress and director to be sent into space for the movie to be shot on the ISS. The famous Russian director Klim Şipenko and the film actress Yulia Peresild will blast off to ISS in October. The movie Vıyzov (The Challenge) will tell the story of a surgeon who has to perform an operation on a cosmonaut too ill to return to Earth.

When Richard Branson, an English businessperson, launched to space last July with a spacecraft developed by its own company Virgin Galactic, the space rivalry between billionaires have come to the front burner again. Virgin Galactic’s spacecraft “Unity-2”, was launched from New Mexico, USA, and reached an altitude of 85 km (53 miles) high above the desert. Going down history, the team has experienced zero gravity for 3-4 minutes and had the chance to see the elliptical shape of the Earth. Jeff Bezos, founder of the giant American e-commerce company Amazon, has completed his first space travel with the spacecraft “New Shepard” developed by his company Blue Origin and, thus, become the second businessperson after Richard Bronson to travel to space.

The Number of Countries Examining the Red Planet Increases

Studies about Mars represent another area of competition between countries. Having completed its seven-month-long journey, NASA’s “Perseverance” rover successfully touched down on Mars in February. During its stay, the rover will search for signs of life on the red planet. The equipment on Perseverance allows to take microscopic pictures as well.

China’s “Zhurong” rover also arrived at the red planet in May, hence, making China the second country after the US to land a rover on Mars for research. Zhurong does not only examine the surface, soil and atmosphere of the planet but it also searches for evidence of life such as water and ice.

The “Hope Probe” of the United Arab Emirates (UAE) keeps sharing images of Mars with the world. When Hope entered orbit around Mars in February, the UAE has become the first Arab country that started conducting scientific research on the red planet. Unlike the spacecraft of China and the US; Hope, launched from Japan in July 2020, will not land on Mars, but rather examine the atmosphere, climate dynamics and weather.

First Travel to the Dark Side of the Moon

China has become the 3rd country after the US and Russia to collect samples of the Moon by launching a spacecraft there. Having landed its robotic spacecraft “Chang’e 4” on the dark side of the Moon in 2019, China launched its unmanned spacecraft “Chang’e 5” again last year within its lunar exploration program. After its mission that lasted 2 weeks, “Chang’e 5” returned to Earth with lunar samples on the night of December 16, 2020. On the other hand, NASA has announced that it plans to land two astronauts on the Moon in 2024. According to NASA’s statement, a man and a woman astronaut will be sent to the lunar surface within the “Artemis” program in 2024.

When Neil Armstrong set foot on the Moon, he said: “That’s one small step for man, one giant leap for mankind.” While humanity continues to explore the unknowns of space with new projects and more technical developments, it also accelerates its effort to understand the universe. Apart from exploring space, the desire to become a leading power in economic, military and political terms drags countries into competition. Indeed, new developments will come up in the field of space exploration and the competition will be much more intense…