Turkey is on the Way to Become a Key Hub for the Supply of “The Fuel of the Future-LNG” with the cooperation of BOTAS, Arkas Bunkering and Sumitomo 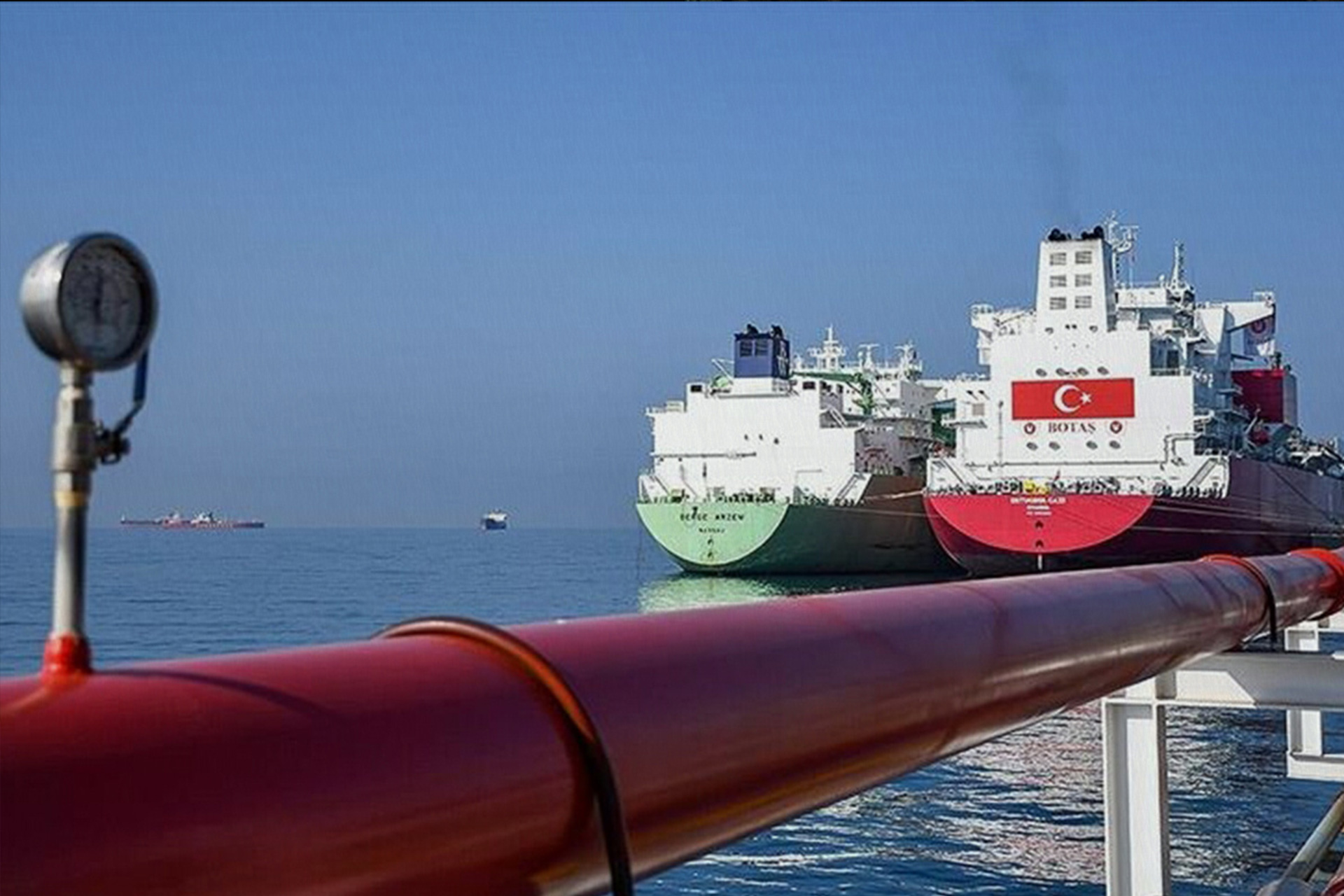 With the confidentiality agreement signed between BOTAS, which aims to become the most environmentalist public institution in Turkey, Arkas Petrol, a subsidiary of Arkas Holding, and Sumitomo Corporation, one of the largest holdings in Japan, the parties have agreed to cooperate in the use of LNG (liquefied natural gas) as bunker fuel on vessels.

Increasing the efficiency in resource use, in particular, and making clean energy more popular are among the most significant common responsibilities in our global fight against climate change. In this sense, studies regarding the usage of environmentalist and nature-friendly fuels in maritime transportation have gathered speed as well. IMO’s (International Maritime Organization) new regulations, obliging the reduction of the emission rates of the fuels to be used in vessels, make the signed Tri-Party Agreement even more crucial. Therefore, the adoption of LNG is of great importance, since it represents an almost 25% reduction in carbon dioxide, a 99% reduction in sulfur and an 85% reduction in nitrogen oxide emissions. LNG has the potential to become the most preferred bunker fuel of the future not only because it is more eco-friendly compared to conventional marine fuels but also due to its low cost. According to the estimations of IMO, carbon dioxide emissions will drop by 40 percent in 2030 and by 70 percent in 2050, while the number of LNG-powered vessels and LNG bunkering stations is expected to increase significantly. 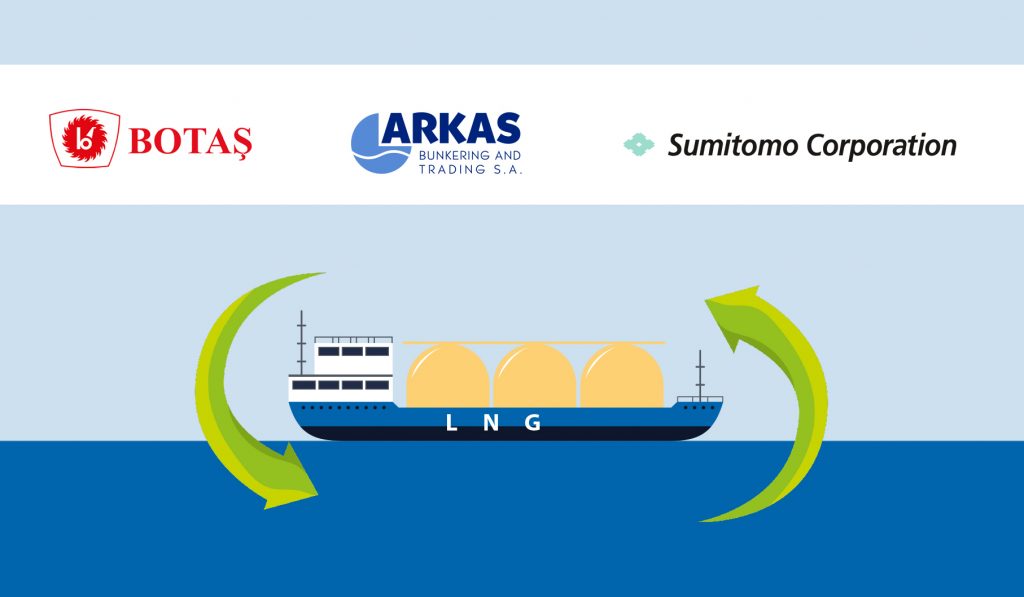 The Tri-Party Agreement signed by BOTAS, Turkey’s largest public institution in the areas of energy, trade, transportation and storage, Arkas Bunkering, which is a reliable and well-known physical supplier in Turkey, and Sumitomo, a global trading company that is an expert in LNG operations in the world, aims to make the use of LNG as bunker fuel more prevailing. Turkey has already become one of the largest hubs for the fuel supply of vessels that pass through the East Mediterranean.

Burhan Ozcan, General Manager of BOTAS, said: “BOTAS, having adopted” Becoming the Most Eco-Friendly Institution” as its motto, is one of the greatest global energy market players that operates 23,000 km of national and international oil and natural gas pipelines, Silivri and Tuz Golu Underground Natural Gas Storage Facilities, as well as two regasification units, namely Dortyol FSRU and Marmara Ereglisi LNG Regasification Facility, in accordance with international standards. The introduction of the first LNG Bunkering service in our country and the establishment of an “LNG Bunkering Hub” in line with our policy that supports the use of more eco-friendly bunker fuels in seas are great new steps for BOTAS, which is a pioneer in introducing new practices, and for our country.

Seckin Gul, General Manager of Arkas Bunkering, said: “We are providing bunkering services with our experienced staff and the brand trust of “Arkas”, a leading maritime company in Turkey with a strong vessel fleet, by following a business approach that does not compromise on quality.  Making sustainable policies and investing in the field of energy is a very important issue for Arkas Bunkering in terms of adding value to our country and our customers. For this purpose, we have already started to make preparations for the supply of LNG as bunker fuel in Turkey. Thanks to this Tri-Party Agreement, Turkey will become a bunkering hub for LNG supply in the Eastern Mediterranean.”

Yukio Kanazawa, Vice-Chairman of the Board of Directors of Sumitomo Corporation Turkey, said: “Sumitomo Corporation is an experienced and global trading company that invests in natural gas and LNG. Having started LNG bunkering business in Asia and North America, we have been a global bunker fuel supplier for many years. Our corporation is committed to be carbon neutral by 2050.  With our strong and experienced Turkish business partners, we would like to contribute to the reduction of GHG emissions and the creation of an LNG bunkering hub in Turkey.”