The Magic of Spring in Japan: Sakura Zensen 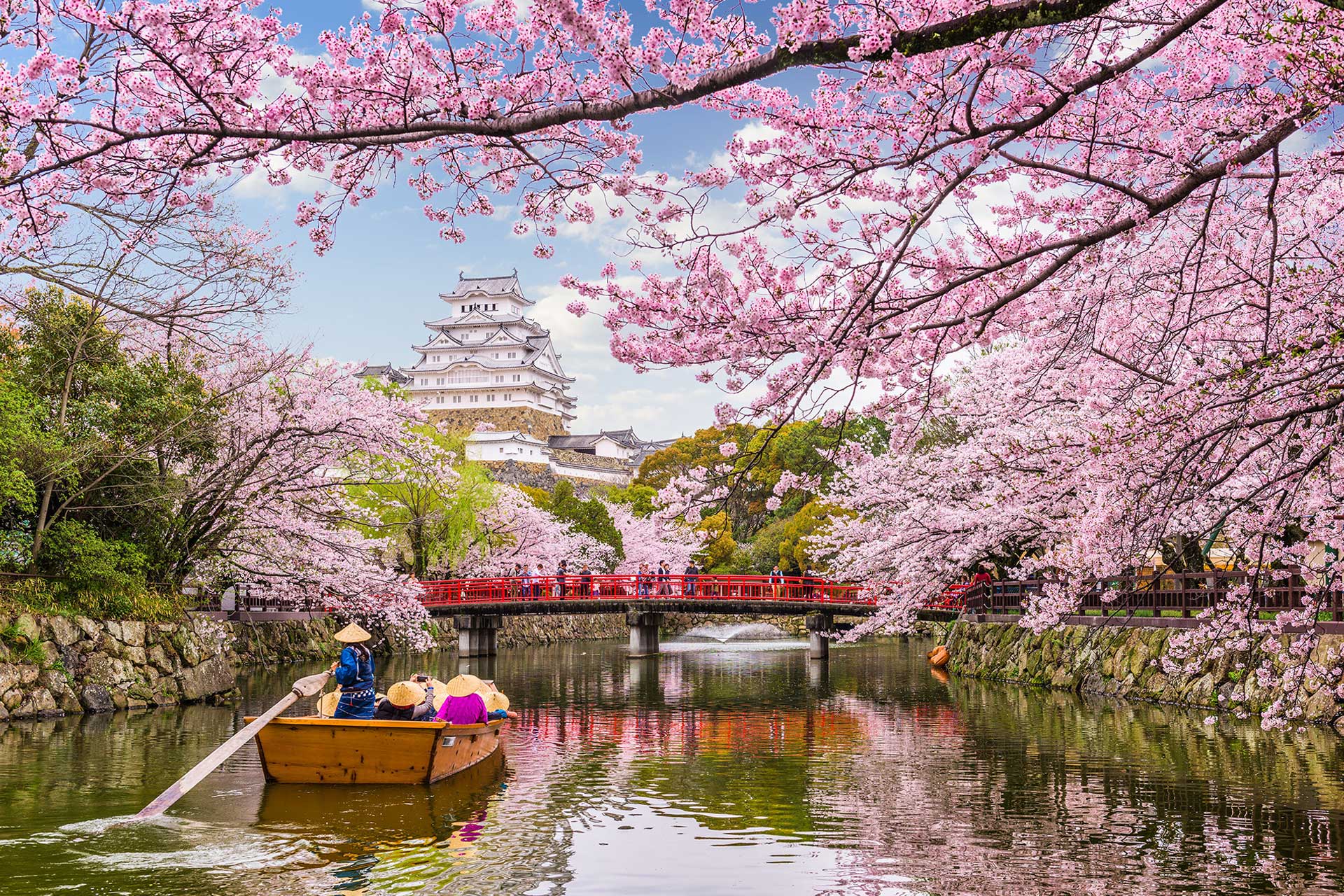 Known for its success in fields such as quality, industry, art and education, Japan also attracts attention with its traditional values. “Sakura Zensen” is a special time of the year when cherry blossom trees bloom and offer a visual feast. In Japan, this season is especially important, as in the samurai culture, it symbolizes the life cycle. In fact, people in Japan make certain important decisions based on this time of the year when the cherry blossom trees bloom. The biggest cities of the country swarm with tourists who want to celebrate the Sakura Zensen.

Japan is an archipelagic state consisting of 6852 islands and known for its cities such as Tokyo, Kyoto and Osaka, located in a geography that deserves to be an attraction centre with its gardens reflecting the huge respect for nature with small touches, apartments that push the limits of minimalism, traditional clothes and cuisine. Today, Japan comes to the forefront in many areas, especially in science and technology and it also stands out regarding its urbanization patterns despite the volcanic texture of its lands.

Shortness of life and rebirth

When spring comes, natural beauties changing the appearance of the cities in Japan, where traditional and modern architecture are in perfect harmony, evoke admiration. Sakura trees valued culturally and symbolically, take the lead in this regard. Sakura trees, meaning “cherry blossom trees”, actually do not produce any fruit and have an important place in the Japanese culture. Once they blossom, their colours ranging from purple to pale pink and white are adorned, and they create a magical atmosphere. Sakura trees are seen as the symbol of rebirth and immortality in Japanese culture.  In spring months, when slow-blooming flowers fall off quickly without fading, Sakura trees fill the gardens and streets with colour; they represent the unpredictability of death in Samurai philosophy. According to the Japanese belief, heroic warriors that commit suicide to protect their country reincarnate as the cherry blossom trees bloom. These blossoms, which are also symbols of perfect beauty, symbolize the cycle of life. 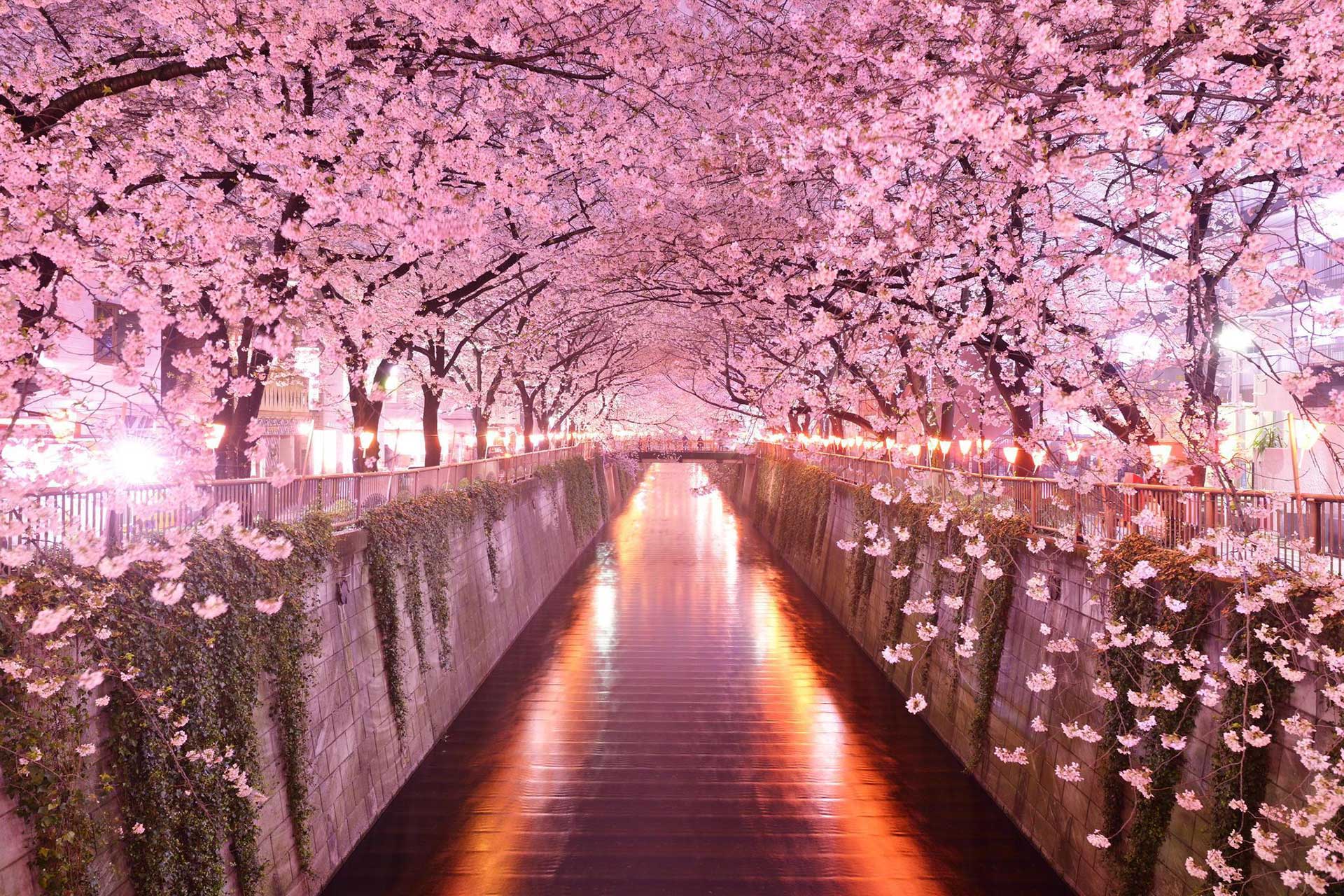 In Japan, people enthusiastically celebrate the short life of Sakura trees, symbolising the transient nature of life. The period of “Sakura Zensen” when the cherry blossom trees bloom is more than a festival celebrated by the public, acting as a point of reference around which Japanese people organize their lives. Many celebrations and ceremonies such as marriages and wedding ceremonies are planned to coincide with this time of the year. For Japanese people the spring season which starts in March and ends in late May is the time of “hana-mi” which means “cherry blossom viewing”. Everyone rushes into gardens, parks and temples to view blossoms during this period.

In Japan, where the oceanic climate dominates, blooming time for Sakura trees varies regionally. The blooming starts in the south and moves north depending upon the climatic conditions. Sakura trees blossom first in the southern parts of the country. It starts early in April in Kyoto and Tokyo. For northern regions, the blooming period may start as late as May. Not only Japanese people but also countless tourists across the world gather in Sakura gardens to partake in this visual feast.

In Tokyo, the Eclectic capital of Japan, there are many parks where one can see the Sakura trees. The most crowded and popular one of these is the Ueno Park which has more than a thousand cherry blossom trees. Night-time lighting of the trees makes this park the centre of attention. The Shinjuku Gyoen Garden, which has been used as a Sakura tree viewing point since the Meiji Era (1868-1912) and declared a national park in 1949, is one of the most popular parks in Tokyo.

A popular destination in summer: Osaka

Another big city in Japan, Osaka has the Osaka Castle which is one of the most beautiful specimens of Japanese architecture. It is swarmed by an influx of tourists who wish to see Sakura trees that continue blooming until the early summer days. There is also a special area which is made available to the public by the Municipality of Osaka only during the period of Sakura Zensen. This 560m area extends along Osaka Train Station from the Tenmabashi region to the Sakurabashi region and welcomes people enchanted by the spell of Sakura trees.