The Merhaba İzmir! Exhibition of Ara Guler Held at the Arkas Art Centre 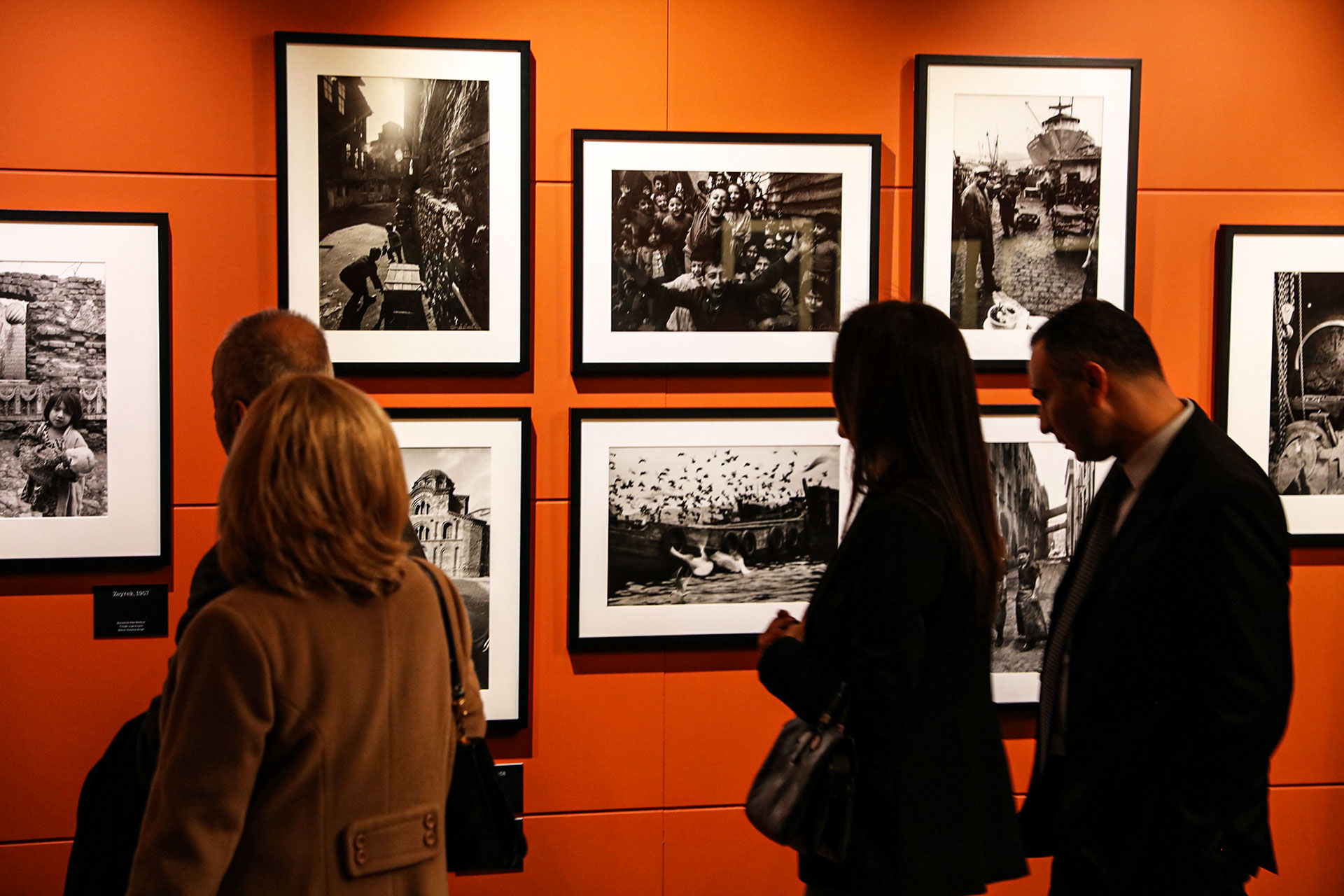 The Merhaba Izmir! exhibition at the Arkas Art Center jointly held by the Ara Guler Archive and Research Centre and the Ara Guler Museum, opened its doors to visitors on February 22.At the exhibition presenting Ara Guler’s never-before-seen photographs of Izmir and its surrounding regions, visitors will enjoy seven hundred pieces of artworks including iconic photos of Istanbul by the artist as well as portraits of prominent domestic and international figures from the world of arts and culture. Also on display are his cameras and personal items. The exhibition is closed to visit to help curb the spread of the novel coronavirus (COVID-19).

With the “Hello” exhibition, a word meant a lot to him, the great artist Ara Guler is now in Izmir to open up his world to art enthusiasts. Ara Guler, internationally acclaimed as one of the best known representatives of creative photography, will be welcoming visitors at the Arkas Art Center as part of a project jointly organised and run by the Arkas Art Center, a specimen of Arkas Holding’s commitment to social responsibility, Ara Guler Archive and Research Centre, one of the leading illustrations of the Dogus Group to culture and arts, and the Ara Guler Museum.

Managed and curated by Mujde Unustasi, Director of the Arkas Art Center and Cagla Sarac, Art Consultant at the Dogus Group, the Ara Guler Merhaba Izmir! exhibition features 711 pieces of work, including his never-before-seen photos of Izmir, his early literary works, his photos of Istanbul where he was born and bred and which he captured in photos his entire life, portraits of prominent domestic and international figures from the world of arts and culture.These include photos of the ancient city of Aphrodisias, which Ara Guler introduced to the international community, Mount Nemrut and Noah’s Ark. 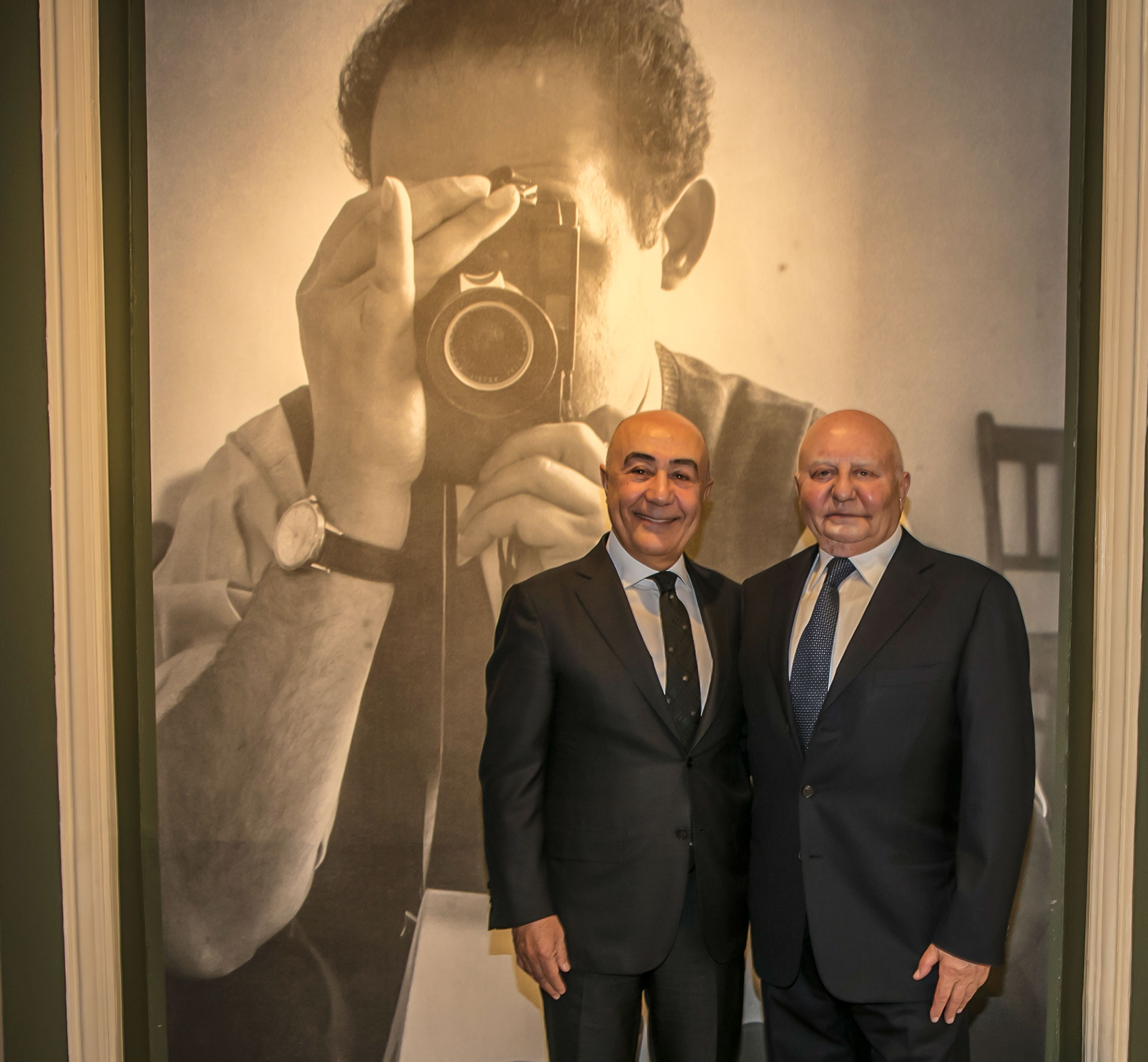 His Izmir photos see the day of light for the first time….”Hello Izmir” as the artist likes to say….

At the exhibition featuring Ara Guler’s photos of Izmir from the 50s, 60s, 70s and 80s, original black and white darkroom photographs showing the transformation of ancient cities such as Ephesus, Izmir Agora, Bergama and Allianoi see the light of day for the first time.

Putting people at the forefront of his artistic vision as he believes “no one can exist without love, and no photos without a human face”, Ara Guler also has one hundred portraits of prominent literary figures like Nazim Hikmet, Yasar Kemal, Oguz Atay etc. displayed at the exhibition. Also displayed are the portraits of Bertrand Russel, Tennessee Williams, Louis Aragon, William Saroyan, Marc Chagall, Salvador Dali and Pablo Picasso from Ara Guler’s “Seven Marks on Earth” series. 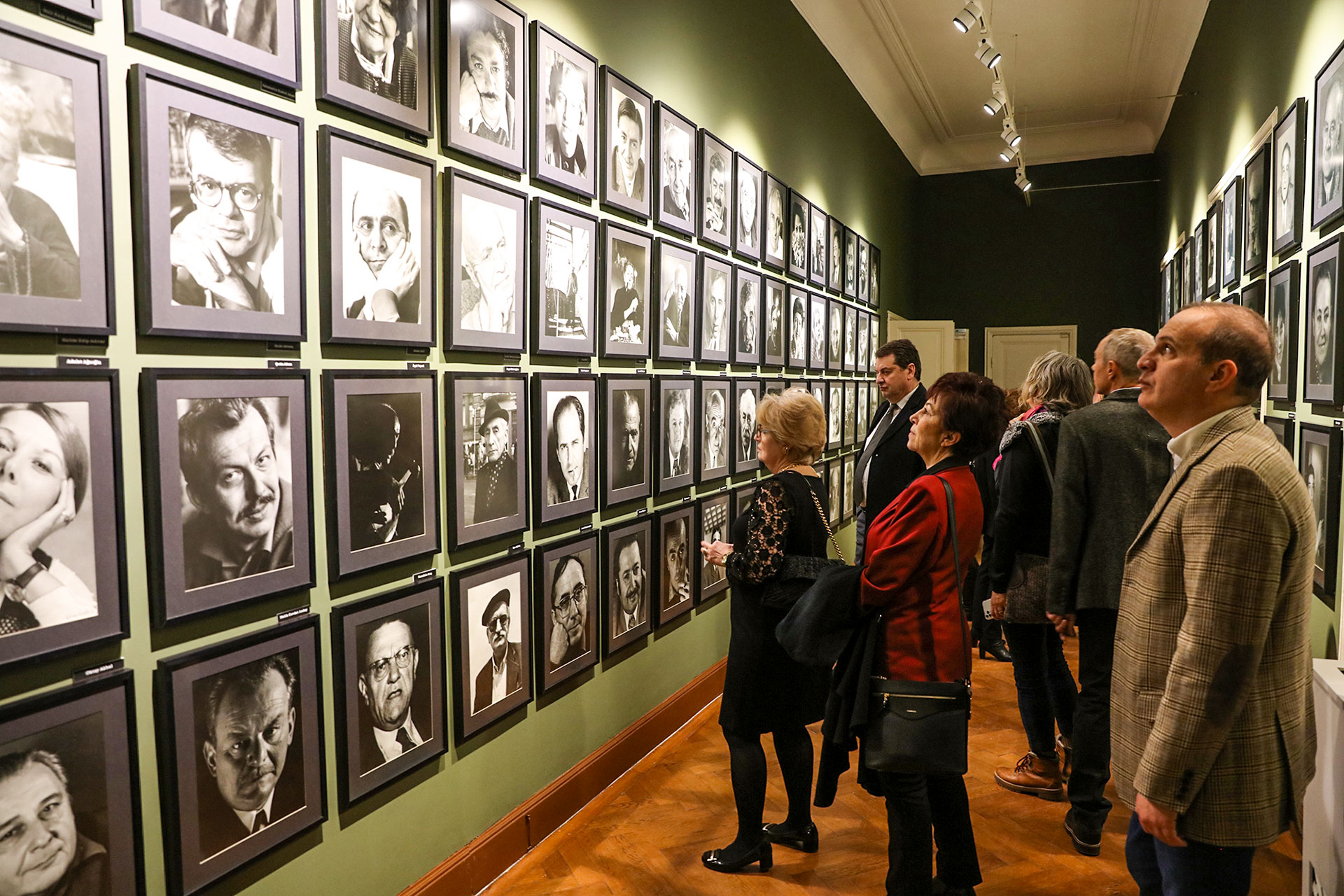 Several personal items displayed at the exhibition which Ara Guler used throughout his career, like press cards, stamps and stamp pads, contact prints, book models created designed by him, help shed light on Guler’s work methods and various aspects of his life as a photographer.

Focusing on the dismantling of the battleship Yavuz, the 17-minute documentary film of Ara Guler, “The End of Hero”, shot in 1975, and the camera he used to shoot the documentary are also displayed at the exhibition.

For those who would like to hear Ara Guler’s own voice and listen to his friends’ narratives about him and see samples of work from his archive, the exhibition also features the “Whistling Man Documentary” produced by NTV.

At the opening ceremony of the exhibition held at the Arkas Art Centre on Friday, February 21, Arkas Holding Chairman Lucien Arkas said, “This will be the 21st exhibition organised by the Arkas Art Center over the past nine years. We work together with important museums and institutions around the world. This exhibition is the product of a partnership with the Dogus Group, the Ara Guler Archive and Research Centre and the Ara Guler Museum. This is a great opportunity for the people of Izmir to acquaint themselves with the works of the late artist Ara Guler, whom I have had the privilege of knowing personally. Photographs are urban memories, important documents illustrating the evolution and development of cities in a true sense, and passing them down to future generations. 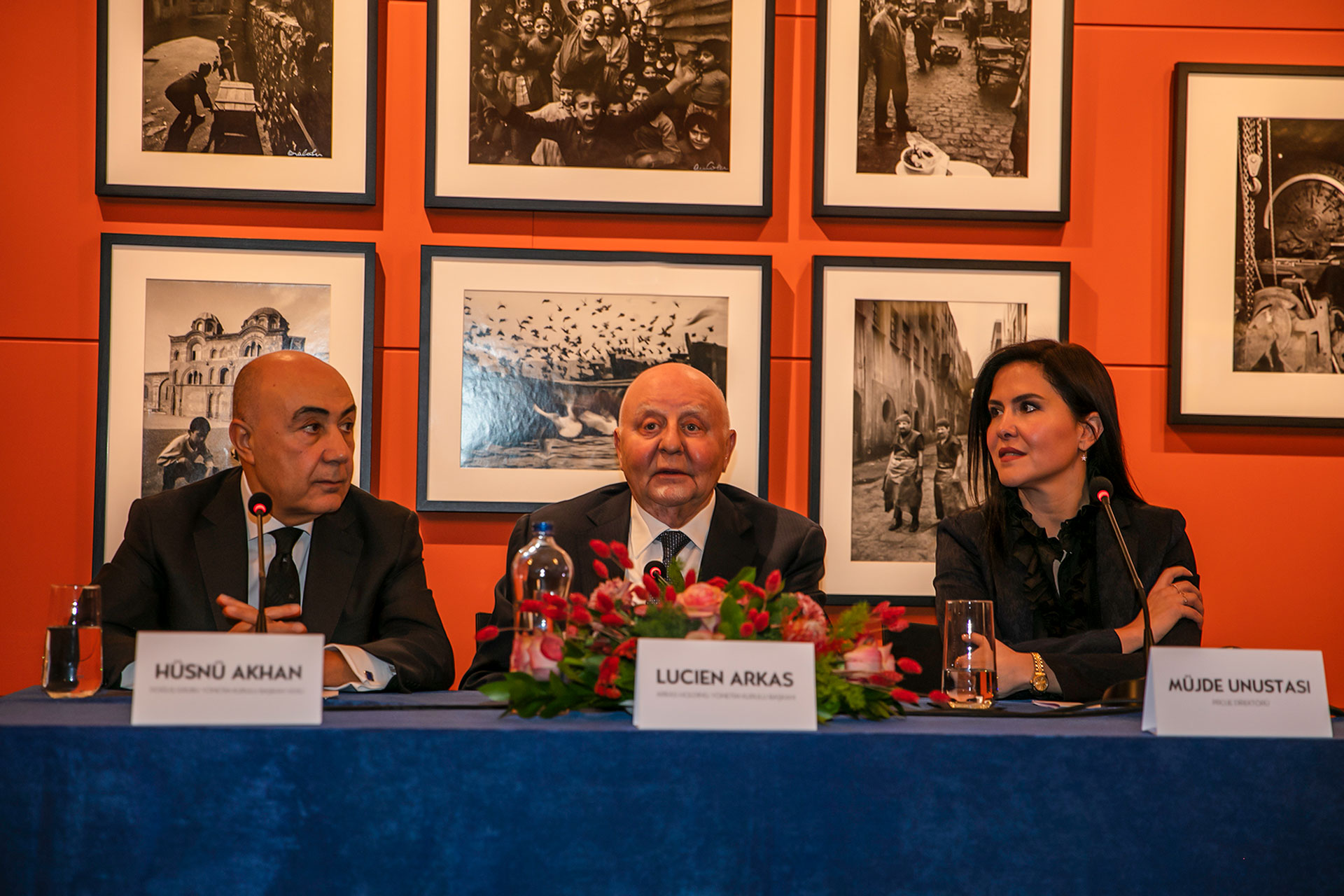 In the words of Ara Guler, they are memories, a blueprint for the future. This exhibition will also lay out Izmir’s trajectory of growth and progress. We are happy that the Arkas Art Center is home to the works of a great artist, who means so much for this country.”

Doğus Group Vice President Hüsnü Akhan said, “For the Doğuş Group, supporting various branches of Arts & Culture is just as important as business. Like in other areas, we have always taken great care to develop sustainable projects in the field of  Arts & Culture. It is on the basis of the same approach and vision that we have brought to life the Ara Guler Archive and Research Centre and Ara Guler Museum projects. Throughout 2019, we held Ara Guler exhibitions in important cities, both in Turkey and abroad. We work diligently to preserve the photographic heritage of the great artist and make it accessible to the masses. This year we wish to make the works of Ara Guler accessible to more people, through exhibitions in different parts of the country. In this context, we are extremely pleased to get together with art lovers from Izmir,on the occasion of an art exhibition held by Arkas Art Center. Designed and put together by the Ara Guler Archive and Research Centre, the exhibition features never-before-seen photos of Izmir taken by Ara Guler as well as portraits of prominent literary figures such as Nazim Hikmet, Yasar Kemal and Oguz Atay. I hope that all art lovers will enjoy the exhibition, which includes ephemerals from Ara Guler’s collection, which are kept by the Ara Guler Archive and Research Centre,  cameras used by the great artists, model books and family albums demonstrating important milestones in his life.” 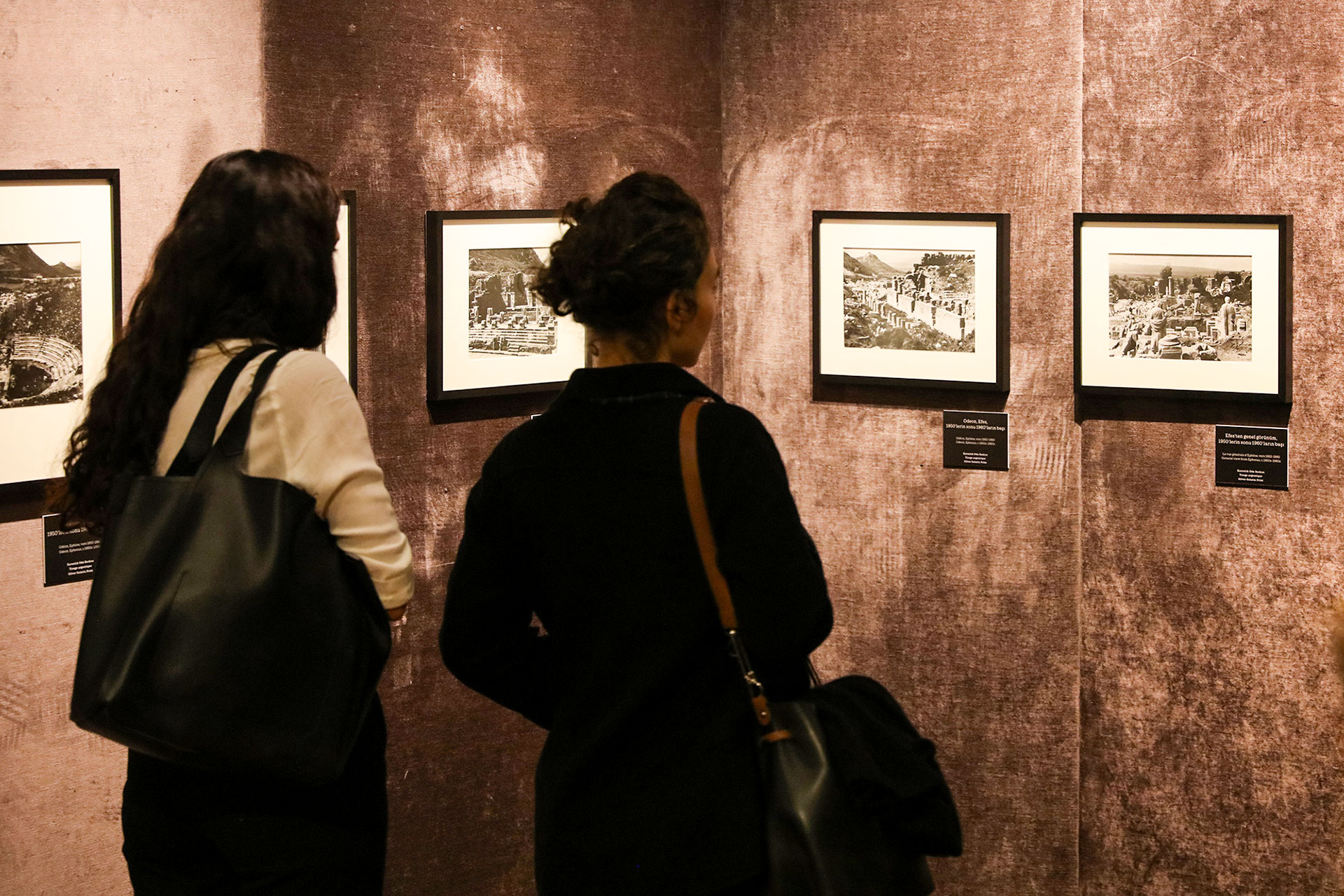 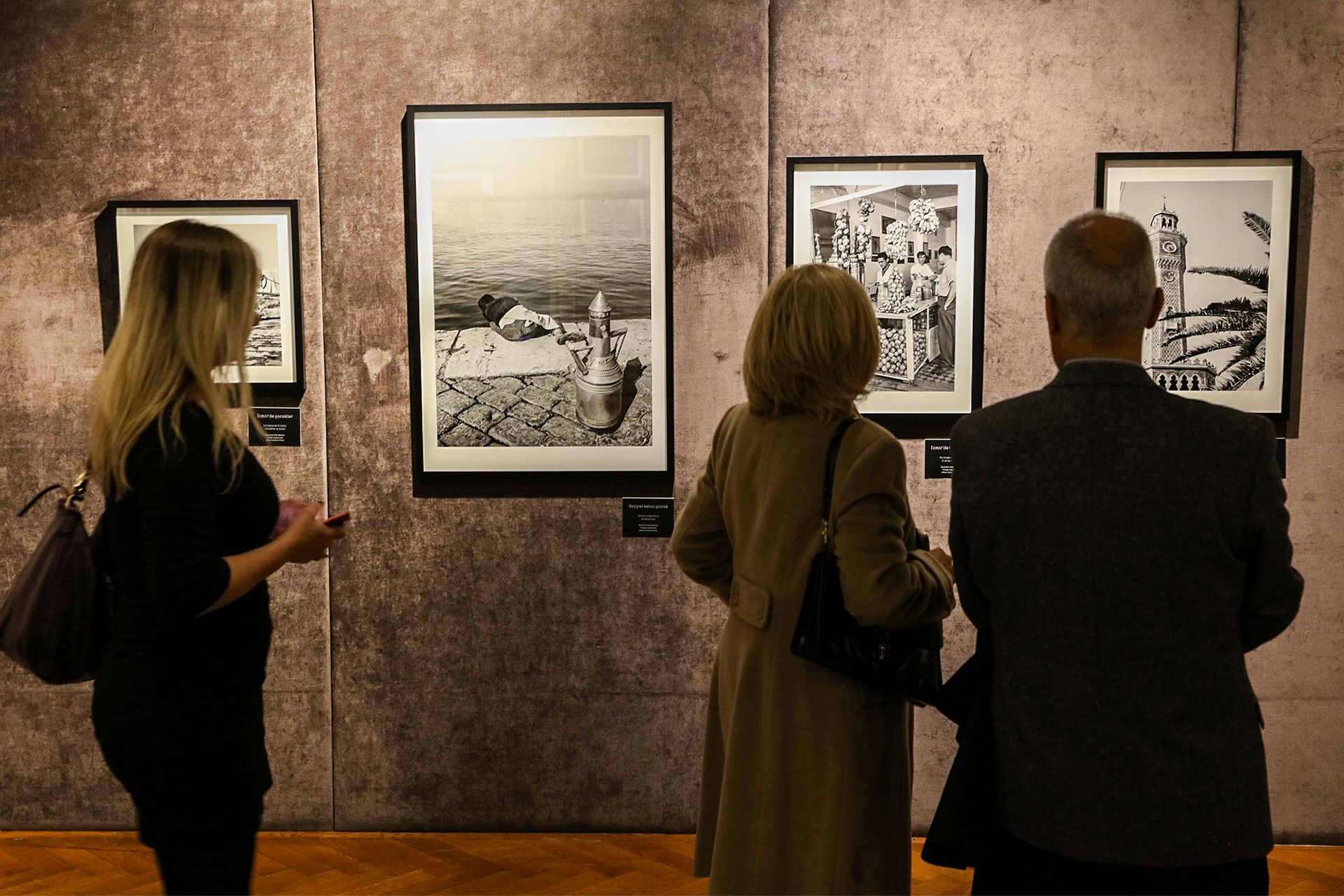 The exhibition will also be home to conversations on the photography of Ara Guler, his art and his works together with activities for children, thanks to collaborations between Izmir Metropolitan Municipality’s UNESCO Literature Office and 9 Eylul University’s Fine Arts Faculty, Photography Department.

You may follow Arkas Art Center accounts on social media platforms for all updates. 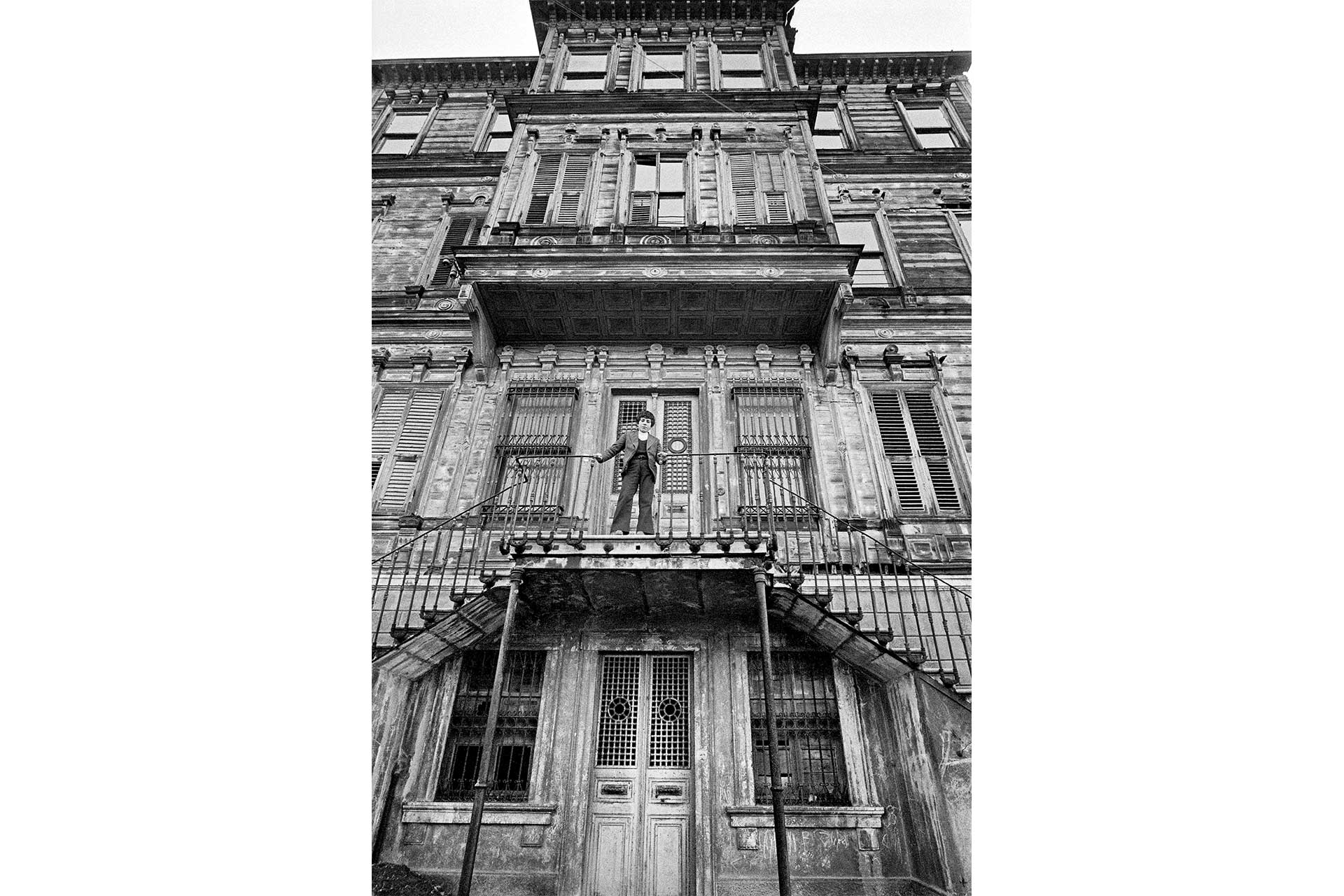