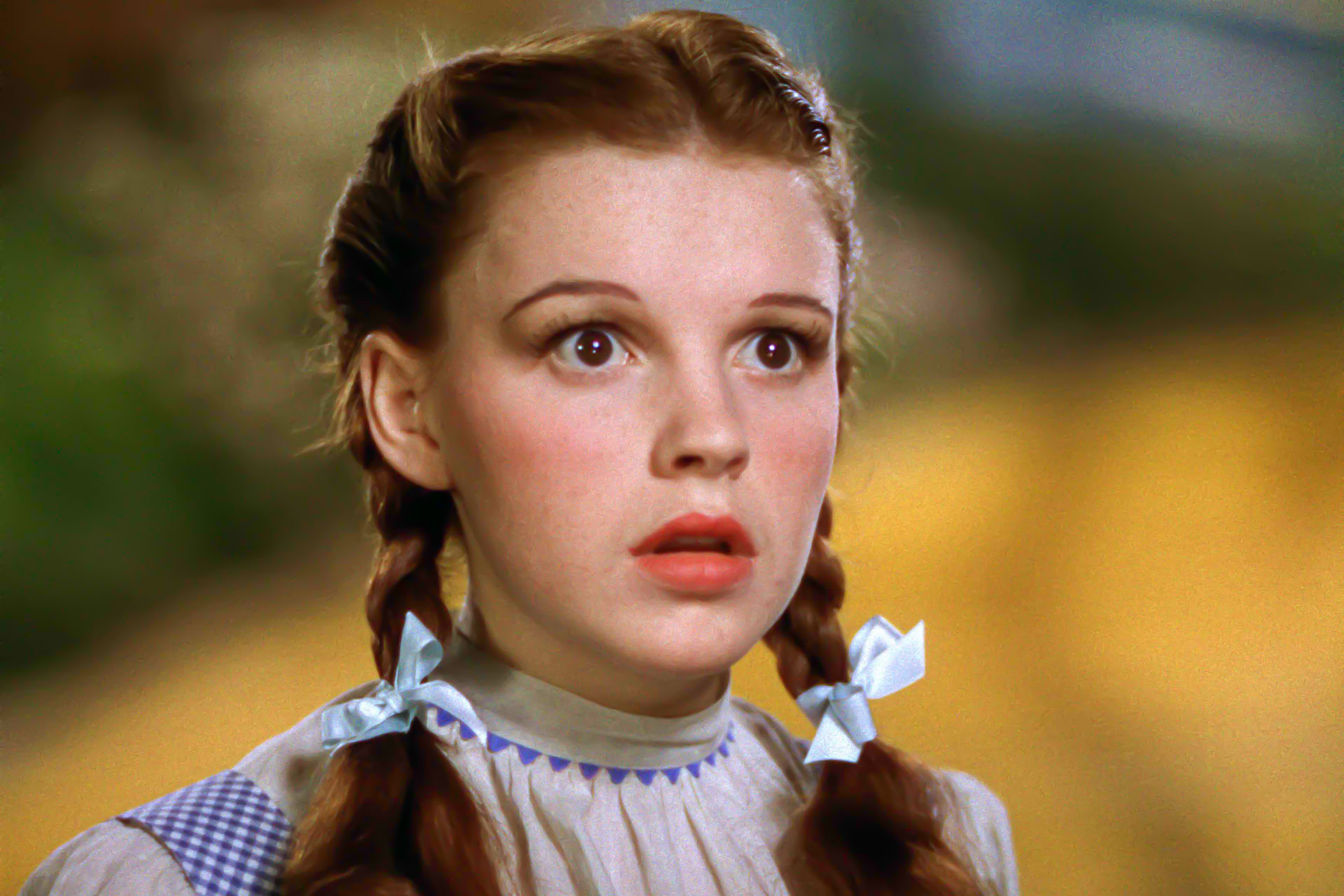 Judy Garland’s story is a difficult one… I could not decide where I should start writing it. She is both a capital who was never allowed to be a child and at the same time a teenager, who was never allowed to grow up… On one hand, she is one the ten most important actresses of the classic American movies who achieved a big successes in their careers, on the other hand, she is a black hole which destroyed its own self…

Judy Garland is once again in the spotlight with the movie called Judy, which brought the best actress Oscar award to Renée Zellweger… She was born with the name Frances Ethel Gumm in Minnesota in 1922, as the third child of a family who no longer desired having a child. Her mother was caught by a cruel disease: The disease of making her children famous… The very first time that she got on the stage as the ‘Baby Gumm’ she was only 2 years old, and she sang the song ‘Jingle Bells’. After a short while, she took part in the ‘Gumm Sisters’ trio which was designed by her mother and following her age of three, she never came off the stage again. The family moved to California in 1926 and the mother Ethel, who undertook the role of a manager for her daughters, has managed to arrange many stage and movie projects for them. It was also Ms. Ethel, their own mother, who gave amphetamine to her daughters so that they would be energetic and wake up early, as well as sleeping pills, so that they could sleep well during the night-time.

She is becoming a shining star

The three sisters began using the name ‘Garland Sisters’ in 1934, and Frances Ethel chose the name ‘Judy’. With her big wide eyes, innocent face and her skills in acting, Judy Garland was shining brighter than her sisters. A year later her mother signed the contract with MGM which would change Judy Garland’s whole life. The year 1935 was also remarkable in her life since it was also the year that Judy’s father said goodbye to this world.

This story which looks like taking about the rise of a child star, indeed is a tragedy of a woman who was turned into an addict by constantly being provided with substances, and whose personality and youth was destroyed. When the contract with MGM was signed, she was no longer a child, nor a young teenager lady, however, she was always asked to look like a child. New pills were added to her list of drugs such as amphetamine and sleeping pills, so that she would not gain weight. She was also forced to follow a tight diet and to wear tight corsets to supress her breasts. When she was only 17 years old and won a great fame with her role in the movie called ‘the Wizard of Oz’ (1939), the burden she was carrying on her body and soul was already very high. 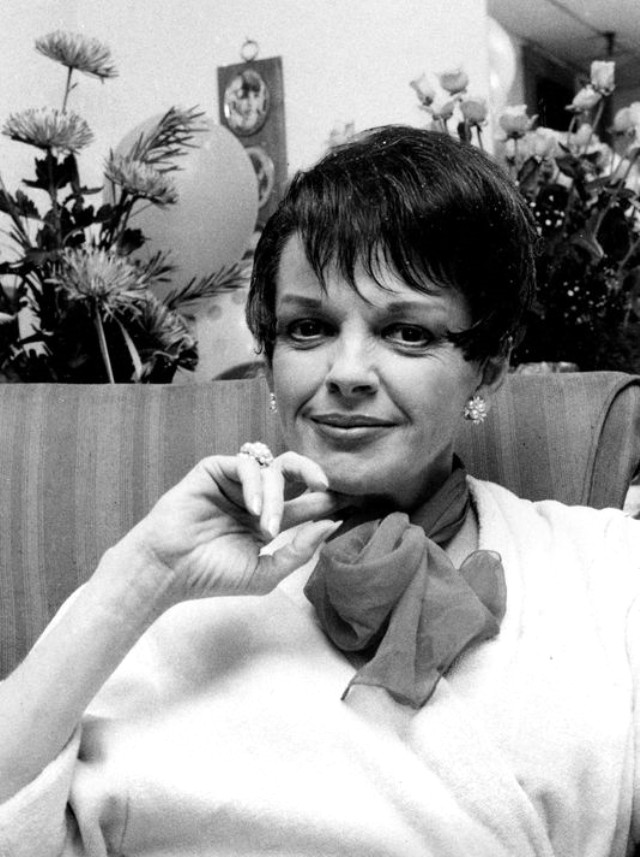 She later met with David Rose, the love of her life. Her first pregnancy was terminated at an illegal clinic under the pressure of her mother and the her acting studio. Two years later, she married with David Rose to get rid of all the pressures coming from her acting studio and her mother who constantly forced her to do things that she, herself, wanted. Mother Ethel and the acting studio have also rejected the idea of her getting married because it would damage the ‘innocent girl’ image that was created through the ‘Wizard of Oz’ movie. However, she was not able to find the peace that she was looking for, so she got divorced in 1944. Thanks to the psychotherapy treatment she started receiving a year before her divorce, Judy pulled herself together and now was clean and free from her addiction.

She met with the director Vincente Minnelli during shooting of the movie ‘Meet Me in St. Louis’(1944), who allegedly was homosexual, however, by turning a deaf ear to all the gossip that was spread around, she married him in 1945 despite all that is said. A year later her first child Liza Minnelli was born and the life flew in a peaceful manner for Judy, even only for a short time period, right until when she made a fast return to MGM’s acting studios. When she was asked to lose weight again, Judy Garland was once more caught at the hands of her former addiction. This was the period also when she was called and associated with adjectives such as short-tempered, moody, unbalanced, unreliable, undisciplined, which later became a millstone around her neck both in her career and private life. When she appeared on the newspapers due to the deep depression and the acute anxiety she suffered as well as her attempt to suicide, she was not even 30 years old. Being fired by the MGM Movies in 1950, Judy Garland got divorced only a year later.

Soon, she made her third and the longest marriage with Sidney Luft. Sidney also would be the father of her other two children (Lorna and Joseph). Sidney Luft became Judy’s manager, and the period that she took a break from the screens has ended with the movie called ‘A Star Is Born’ (1954). 1950s was the period when she more sang and took place in musicals. The addiction that she got caught to in her childhood has always destroyed Judy’s life, both her career and her private life. Moreover, after the death of her mother who was the very cause of this addiction, Judy once again turned to drugs to ease her pain. 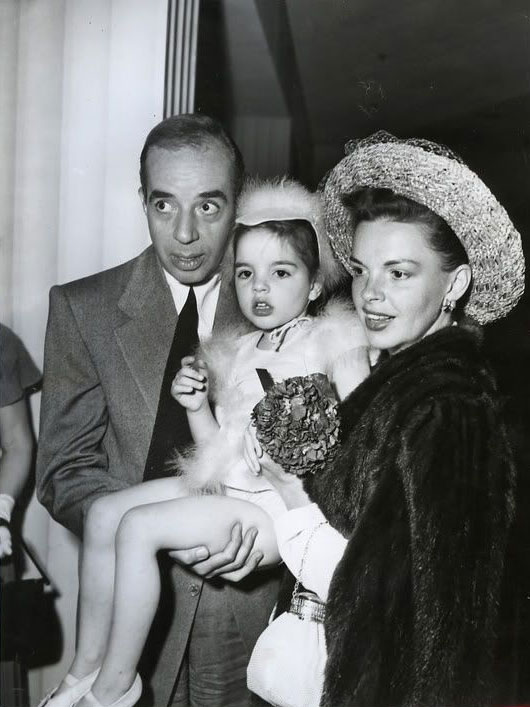 Alcohol, drug addiction, poverty… She has been pushed and pulled away from one side to another in the mountain of fame that she climbed. She was not also very good with the choices she made in her private life. Sidney Luft, who inflicted physical violence on Judy was added on the list of banned people by the Academy Awards after being caught on an attempt to sell her wife’s Oscar award. Her marriage with Mark Herron, too, ended with a huge disappointment. And Mickey Deans, whom she was married to only during the last three years of her life…

A father who is alleged to be a homosexual, a mother who turned her own children into a capital, a career on stage which is full of cruelty and tyranny, the loneliness suffered at the top of the mountain of fame, husbands including one of which was alleged to be homosexual in disguise, nervous breakdowns, suicide attempts, a child with fame who turns her back to her family… Judy Garland is a wounded soul who includes all kinds of cliches pictured in the Hollywood tragedies, in her very own life…

The life of Judy Garland, who made even a stone cry with her song ‘Somewhere Over the Rainbow’, has ended in a hotel room due to an overdose. After her death, she was honoured and deemed worthy to many awards several times. Her tragic life became a warning sign for those who were chasing the fame and trying to turn their children into child stars. 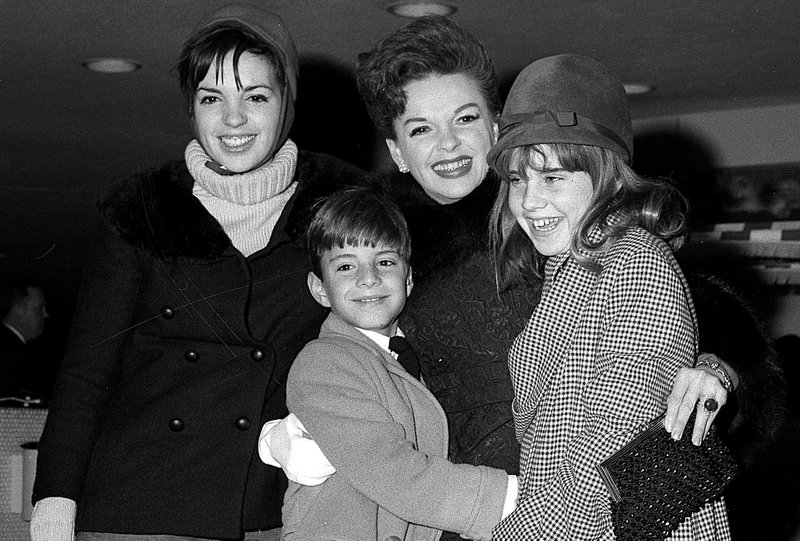