We Broke New Ground: We Showed That Women Can Work in Difficult Industries Too 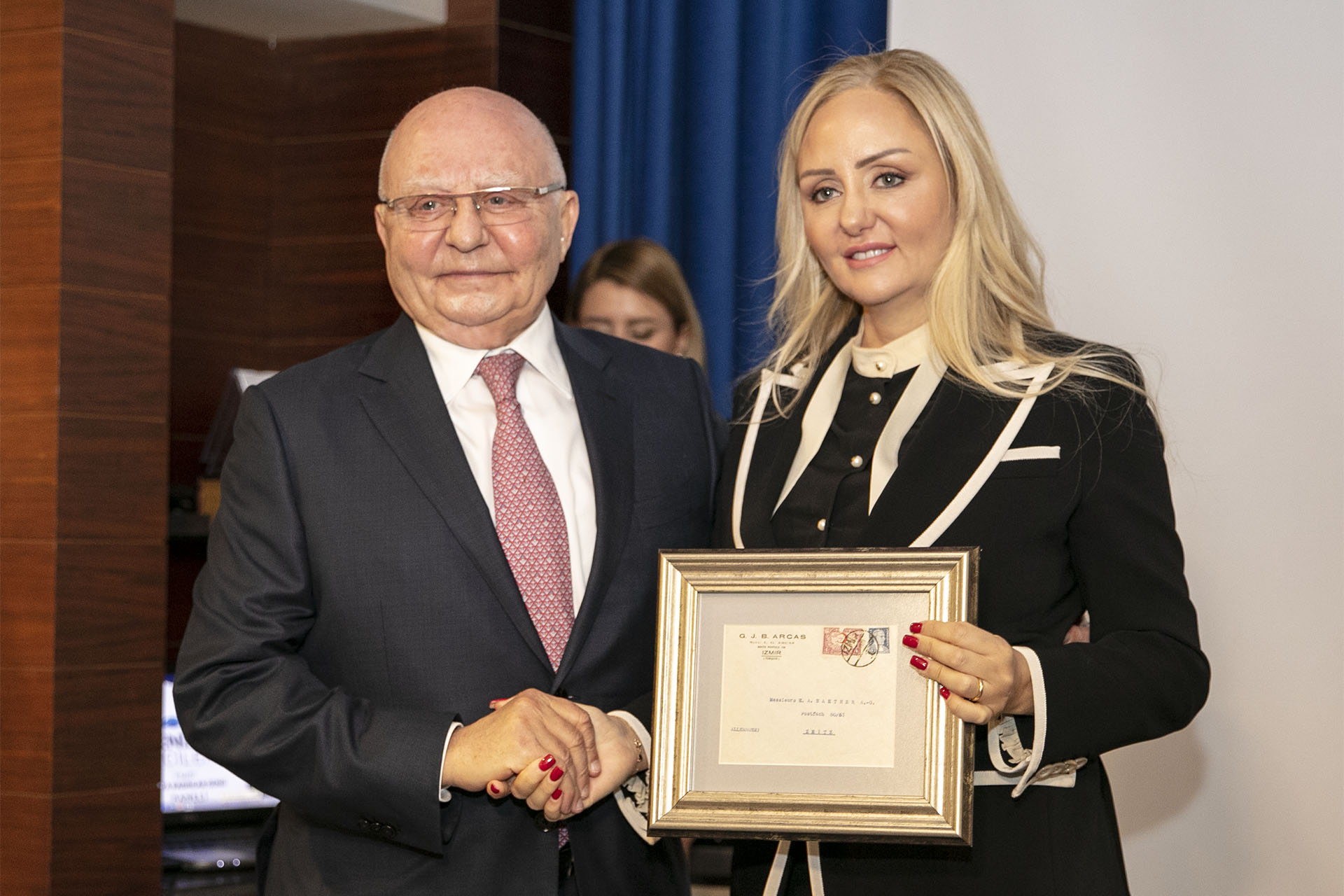 Diane Arcas Gocmez, Arkas Holding Vice President and the President of the Logistics Group, spoke at the event Denizin Incileri (Pearls of the Sea) where women working in the maritime industry gathered for the International Women’s Day, March 8. Arcas Gocmez reported “At Arkas Holding the ratio of our female white-collar personnel to male is 41% and we are very proud to report that a mighty 61% of our employees and recruits in 2019 were women. This is exemplary. As women, we showed the world that we can work in difficult industries too, defeating the prejudgment and breaking the taboo.”

Pearls of the Sea, organized by the Maritime Commercial Chamber’s Izmir Branch and Dokuz Eylul University’s Maritime Faculty’s Alumni Association (DEFMED) on the occasion of International Women’s Day, brought together many women, among which there were shipmasters, executives and employees from the maritime industry.

Diane Arcas Gocmez,  Arkas Holding Executive Vice President and Chief Executive Officer of Arkas Logistics , said the following at the “Sea and Women” panel, “According to IMO, only 2 percent of the 1.2 million seafarers worldwide are women. Besides raising qualified manpower for the shipping industry, it is our responsibility to ensure gender equality in so far neglected areas and make the industry more appealing to women.”

“Sixty-One Percent of our Workforce were Female in 2019”

Arcas Gocmez provided information about the employment rate of women at Arkas Holding, and continued: “A total of fifty women work on our fleet. This figure shows that we have the highest number of female employees on commercial shipping fleets. At Arkas Holding, forty-one percent of white-collar employees are females with our employment rate of women for 2019 being 61 percent, which is quite ambitious and well above the national average. Perpetuating that policy not just on a management level but across the entire Group, we are still the number one shipping company in Turkey in terms of the number of internship positions available for female applicants. We always believed women would do great in the industry and the results show we were right.” 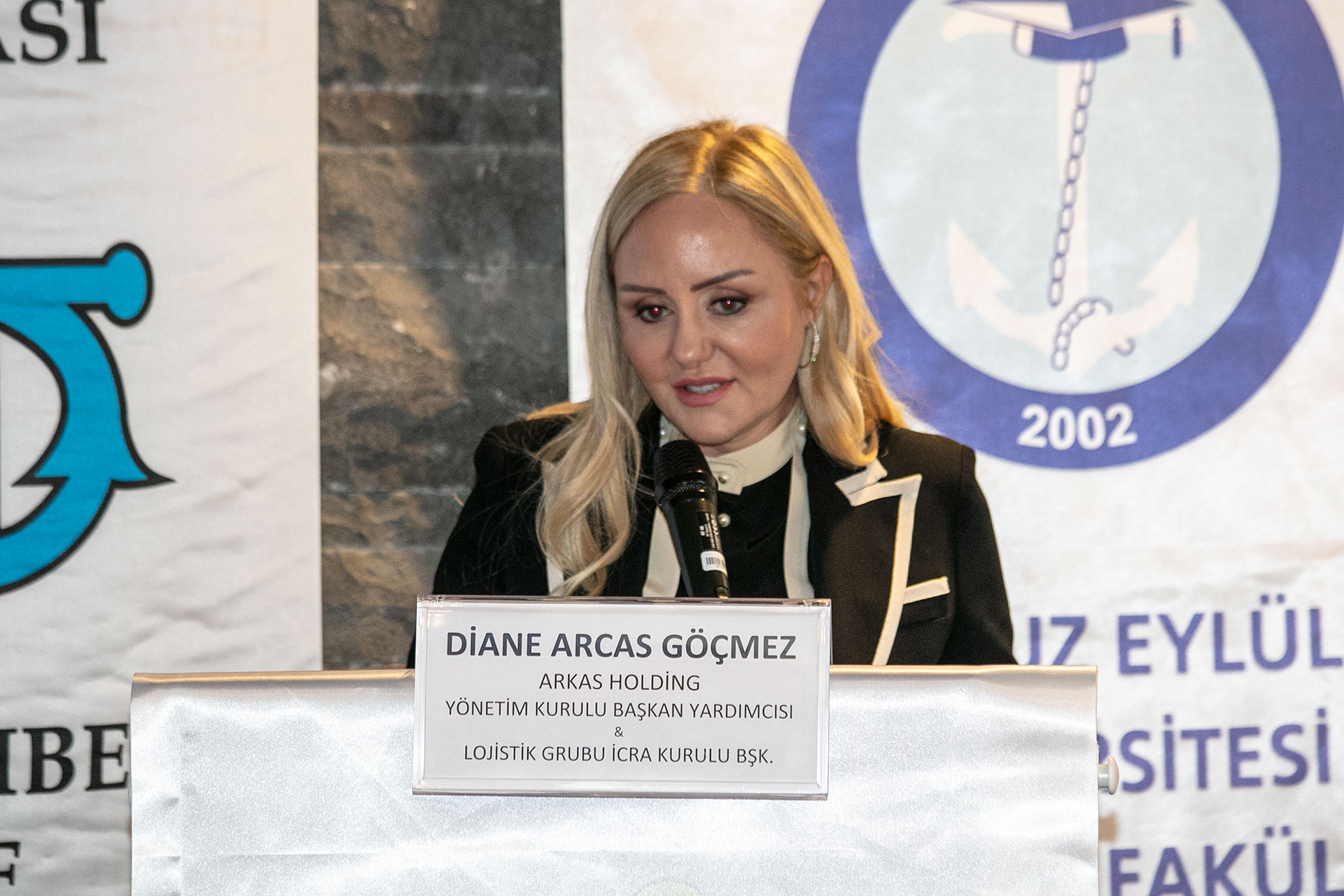 Saying they were proud to have the highest number of female employees in a male-dominated industry, Arcas Gocmez continued, “The last eighteen years have shown us that female employees are very ambitious, hard-working and eager to learn. They can handle even the most demanding tasks with their intelligence and practical approach.”

Saying they were bringing to life projects to increase female employment in the shipping and logistics industry, Arcas Gocmez stated women were highly interested in both industries. It is not just enough to create jobs for women; but we should also enable them to get ahead in their careers and provide them with guidance, starting from their educational choices. In this sense, we attach great importance to partnerships with universities for employment projects.  Saying they were developing so many projects at Arkas on that basis, Arcas Gocmez continued, “In 2007, we built the Arkas Application Centre, operating under the Maritime Faculty of Dokuz Eylul University, and bought all the required equipment to help it become a fully-functional unit. Initiated in 2015 to awaken young people’s interest in the industry, the “Mariner Engineer Project” seeks to draw mechanical engineers who are not graduates of the maritime faculty to the shipping industry by providing them with the required basic training and offering open-sea internships. A total of forty-six engineers benefited from the project. We have had 261 interns so far who were assigned to different roles on our ships. Thirty-three of these interns are females.  Thanks to our partnership with the DEU Maritime Faculty, we now have 84 mariners who started out as interns to take on permanent roles on our fleet. Also, with the simulation project, which is another co-project, Arkas Simulation Training Centre (ARSEM) gives captains training in a virtual environment on how to respond to emergencies. It is an indication of our joint success that we have not had an accident on our ships since 2015.”

Referring to the importance of partnerships between universities and the private sector, Arcas Gocmez mentioned that Arkas Logistics continued to offer internship opportunities to young people by participating in Career Days at universities. Stating that they had put in place a Program for Young Talents whereby they select highly-qualified new graduates for a comprehensive professional, technical and personal development training program before assigning them to different roles within the Group depending upon their skill sets, Arcas Gocmez added that young candidates who successfully complete the program get the chance to work in relevant departments at the Arkas Logistics, with potential to become future managers.  Also giving information about the Youth Committee formed earlier this year, Arcas Gocmez said that they were committed to creating projects informed by the dynamism and fresh perspective of the young generation that would benefit all stakeholders to make young people’s voices heard at a management level. 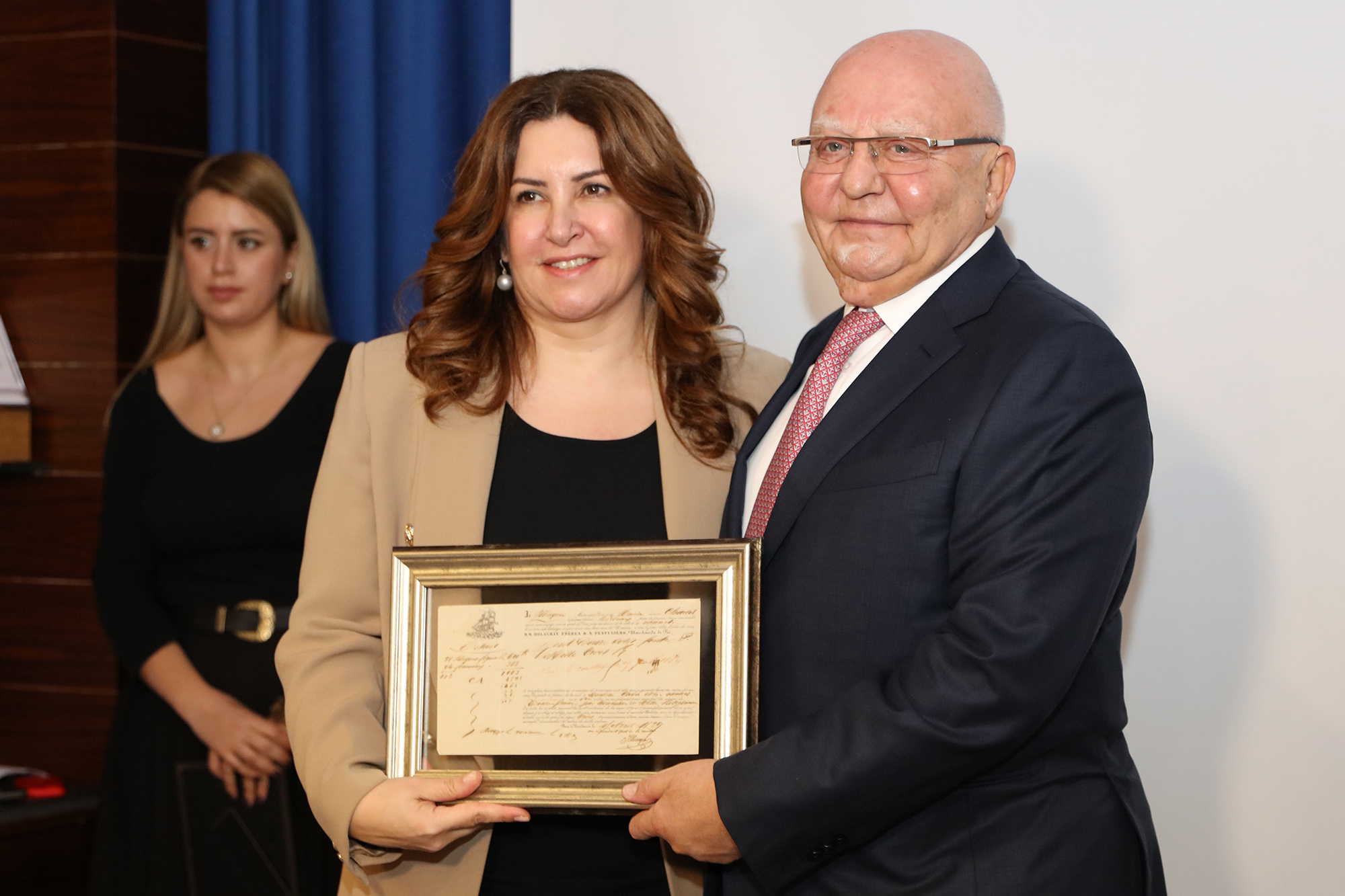 Stating that they were a close follower of the Platform for Equality at Work, an entity presided over by the Ministry of Family and Social Policies that was created with contributions from the World Economic Forum, Arcas Gocmez continued, “Arkas Holding is one of forty-five organizations in Turkey that signed the Women’s Empowerment Principles, which were established in 2010 in cooperation with the United Nations Global Compact (UN Global Compact) and the UN Entity for Gender Equality and the Empowerment of Women (UN Women). . As both a mentor and mentee, we support the ” Women on Board Mentoring Program”, initiated by Praesta (Leaders in Executive Coaching) and Forbes Turkey.

Sadan Kaptanoglu, President of the Baltic and International Maritime Council (BIMCO) and Vice-President of the Chamber of Shipping, said the following at the panel: “More women on board promote social progress. NGOs, businesses and governments are taking steps to ensure effective participation of women in the labour force. Gender equality is not just about numbers or ticking boxes; there should be more to it than just figures. We all see a sea-change in the making. There are women in the shipping industry and they are very successful, but not so visible.

Yusuf Ozturk, Chairman of the Izmir Branch of the Chamber of Commerce of Shipping, said women hold the key to the nation’s future and quoted from Mustafa Kemal Ataturk saying “Women are the makers of all good things in the world.” Reminding that seafaring was a tough business that required perseverance, Justice and Development Party’s Izmir MP Ceyda Bolunmez Cankiri emphasized that, despite perceptions that it is predominantly a man’s job, there were female seafarers who shared their experiences with others to increase female awareness and that she was thankful to them. Cankiri said, “We would like to express our gratitude to Ataturk for giving women the right to vote and get elected for parliament. Turkish women were luckier in that regard by women in most other countries. We must assert ourselves more without marginalising ourselves. As mothers, we should all see to it that our daughters get a good education and act as role models in that regard.”