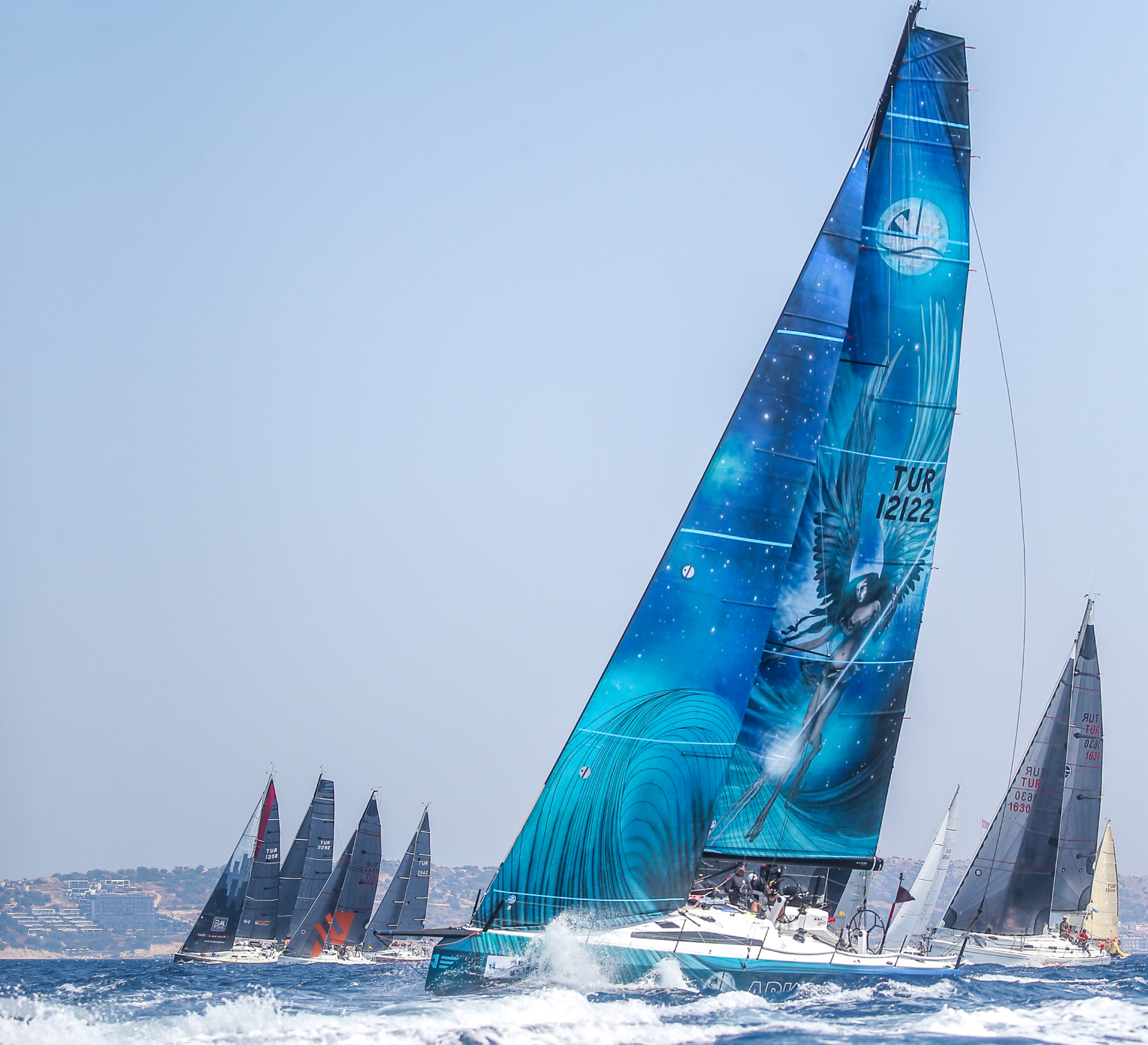 The MAT 1220 model Blue Moon, which is a new-generation production of Arkas’ cooperation with Izmir-based boat builder M.A.T. kicked off in 2018, took to the blue waters in Cesme.

In its debut race at the Arkas Aegean Link Regatta, the Team’s new boat M.A.T. 1220 Blue Moon was the center of attention with its unique style. The larger, lighter and modern Blue Moon, which hit the water for the first time on 8 August, is a new mould of the model MAT 1220. Despite being in its first race and the unfriendly weather conditions, Blue Moon persevered and topped its group IRC 0 and came second in the overall category.

As for its name, in Bernard Arkas’ words, “Its logo was the Earth and our color is blue, so a full moon theme was only completely fitting. That’s why I imagined a theme based on a Blue Moon. Our two esteemed artists brought this theme to life perfectly. We worked with Sedat Girgin, one of the few highly-skilled illustrators in Turkey, and Evrim Duyar, an Airbrush artist who also brought to life the previous boat’s design. The Harpy on the mainsail is the mythological embodiment of evil winds. The Vikings used such images to frighten their enemies in battles. In the global scene, boat and sail design are of critical importance. To earn recognition in a stage where there is Prada and other big brands, you have to be extraordinary. With his sketch works, Sedat Girgin shaped the design in my imagination very well. The work he did for the mainsail, the Genoa sail and the boat’s board was really impressive even in black and white. Airbrush artist Evrim Duyar perfectly adapted the illustrative work to the sail and the boat’s board in a very short time. In the end, from design to construction, Blue Moon is a boat that was created with a hundred percent Turkish team, in a Turkish shipyard and by the hands of Turkish artists.”

Some of Arkas Sailing Team’s achievements 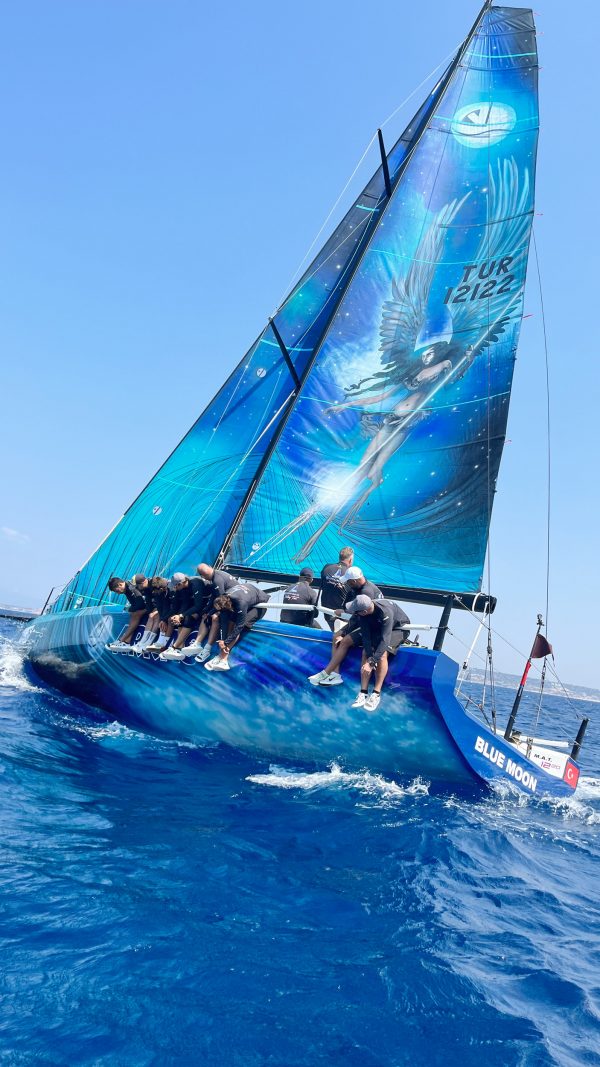 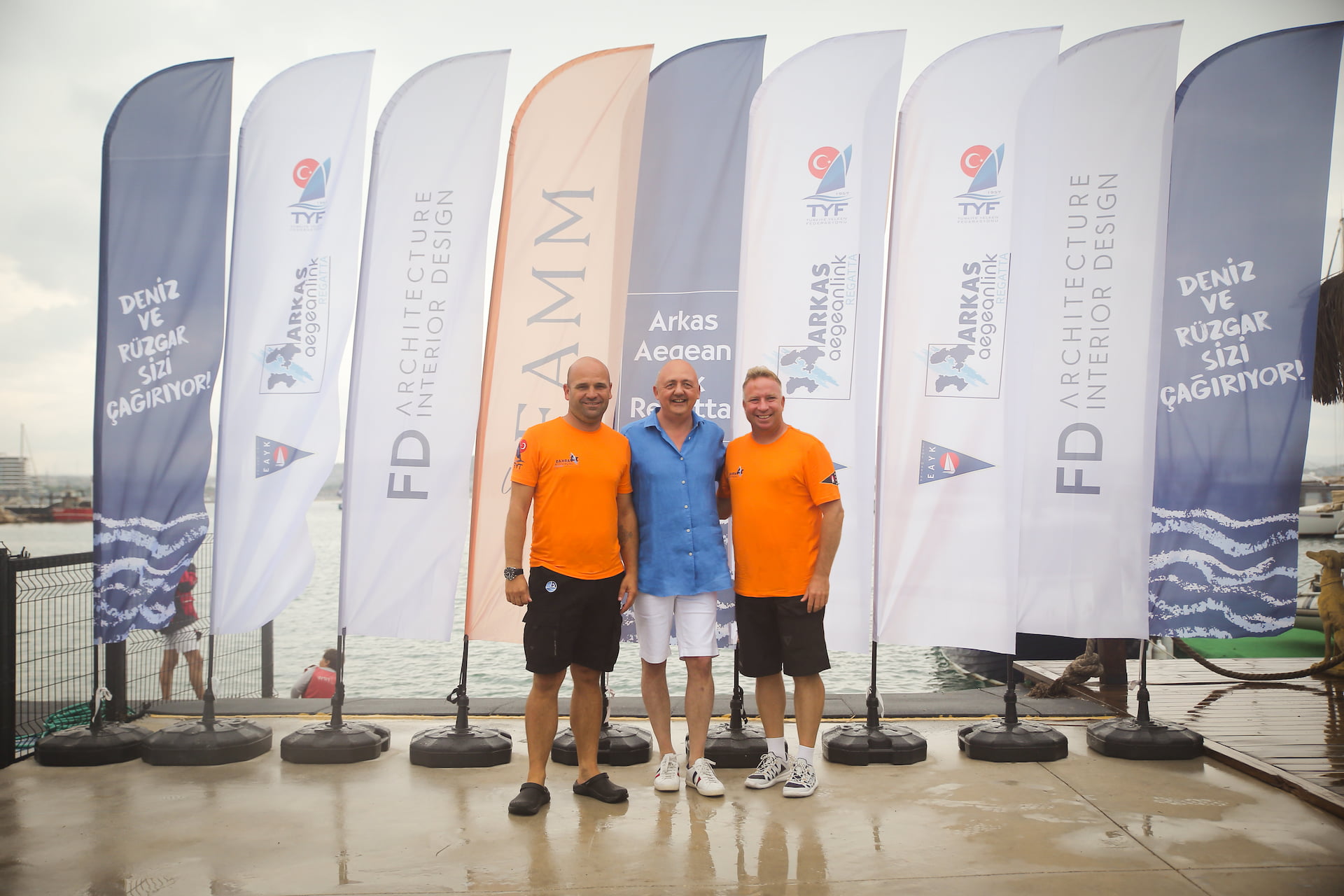