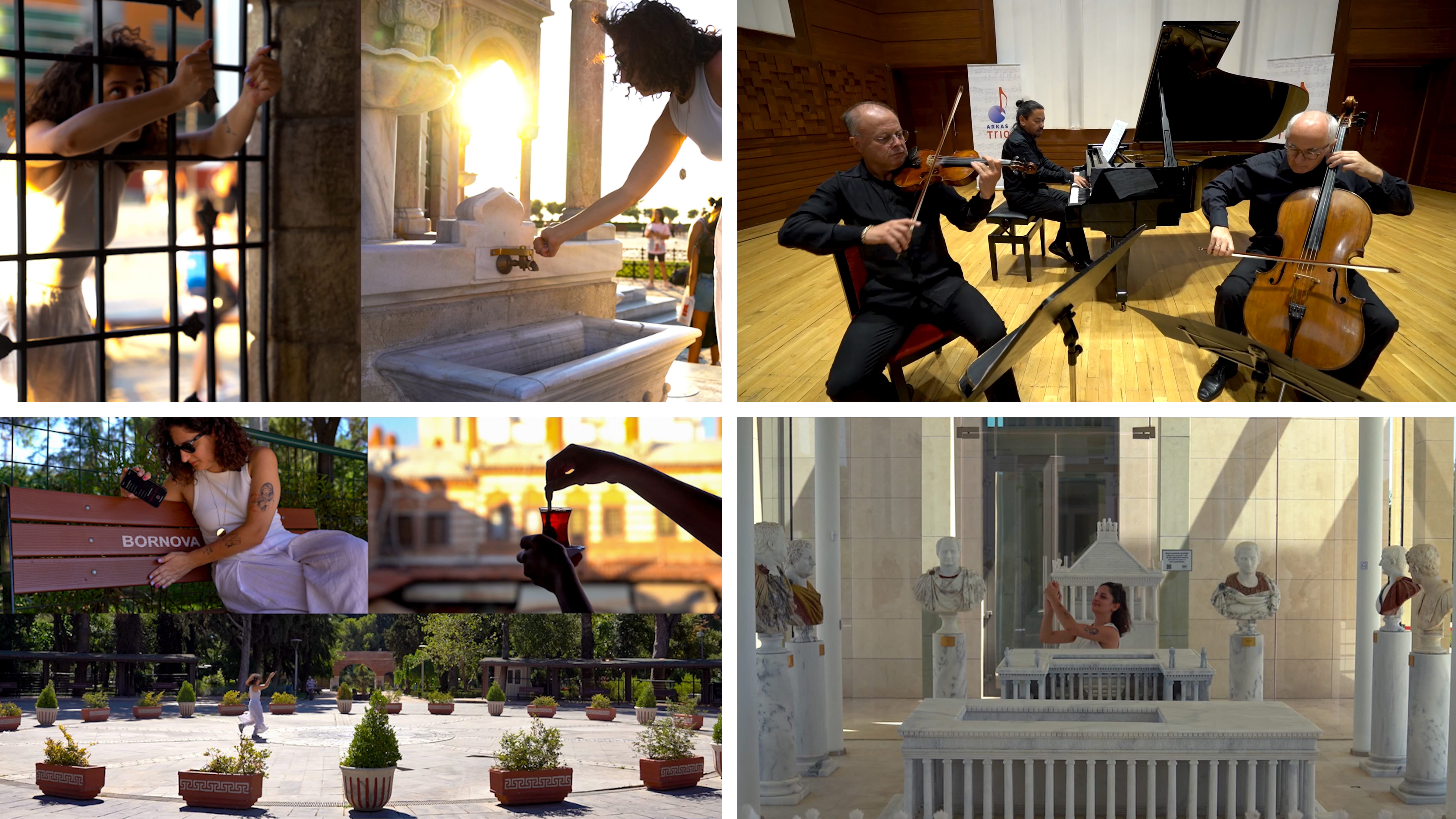 Arkas Holding collaborated with Paptircem, a songwriter and composer who is one of the successful names of alternative music, on a very special project. The video, which combines the symbolic sounds of Izmir with Arkas Trio’s performance, was watched over 5 million times in a short time and received tens of thousands of likes.

Arkas Holding launched a viral project to celebrate September 9th, Liberation of Izmir. The video created in collaboration with Arkas and Sena Nur Gül, known as Paptircem, has been watched over 5 million times.

More than 100 sounds and images were recorded in more than 40 iconic places of the city, from the historical buildings of Izmir to the sounds of ferries and container vessels, from Arkas Art Urla to Lucien Arkas Vineyards, from Agora Ruins to Asansor, from Kemeralti to the Fair, and the sounds collected were combined with an Izmir Anthem performance, arranged for the first time for a trio by Arkas Trio’s Composer Oguzhan Balci, to create an extraordinary and unforgettable video.

The video, which was prepared with both video and audio recordings taken from all over the city by visiting almost all districts of Izmir, attracted great attention on social media from the moment it was published, and was watched by over 5 million people.

The video is available on all Arkas social media accounts as well as on Paptircem official account.