The First Bell Rings for the New Academic Year 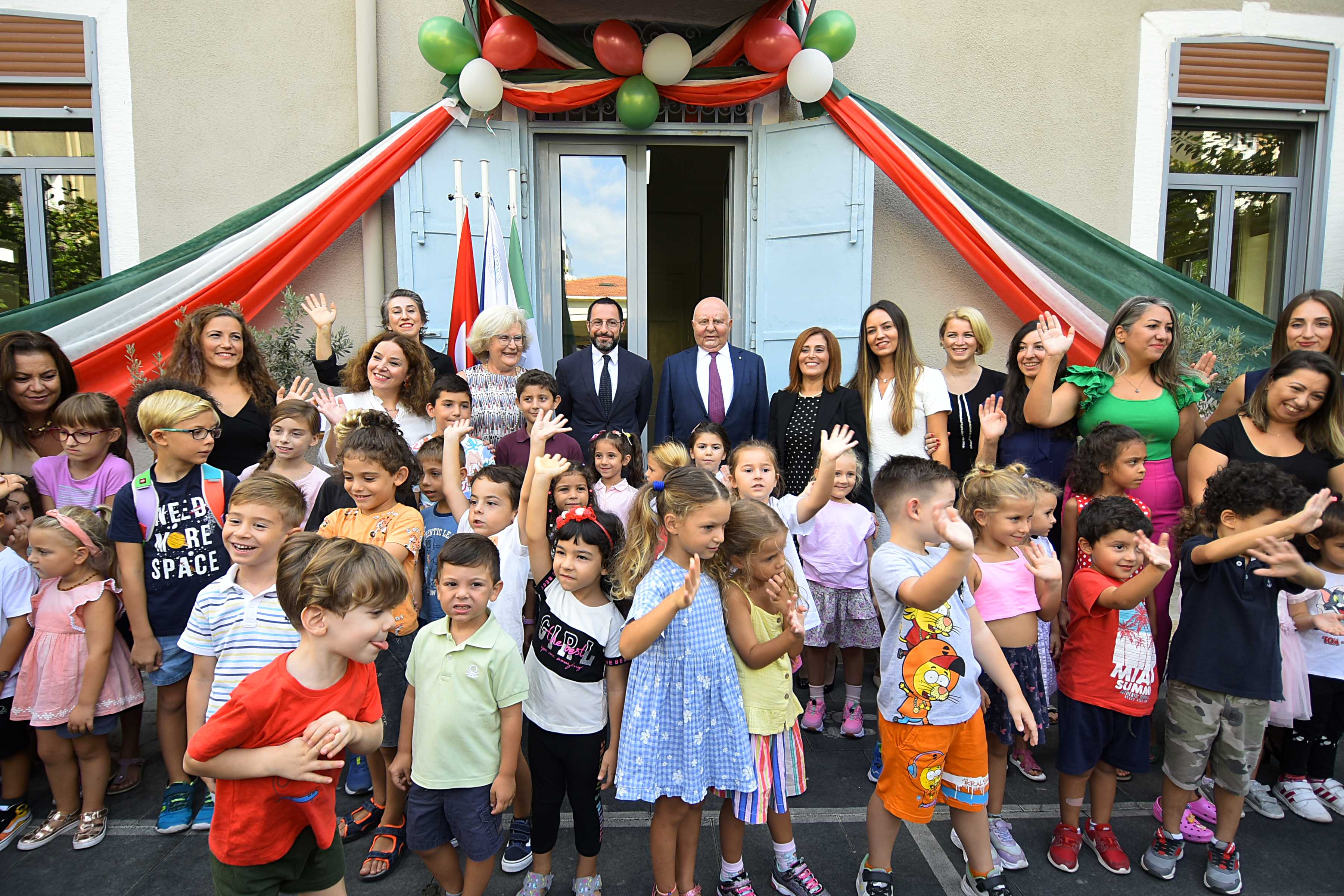 The 2022-2023 academic year started at Private Piri Reis Schools, Izmir Italian Elementary School and Arkas Narlidere Vocational and Technical Anatolian High School.  Lucien Arkas, Chairman of the Board of Directors of the Orion Education Foundation and Arkas Education and Culture Foundation, was present at the opening ceremony. In his speech, Arkas gave Piri Reis students the good news of the establishment of a high school and emphasized the importance they attach to science, tolerance and culture.

The new academic year at Izmir Italian Elementary School and Private Piri Reis Schools, which are among the well-established schools in Izmir, started with the participation of Lucien Arkas at the ceremonies held in Karsiyaka and Guzelbahce campuses.

Present at the opening ceremony together with the Orion Education Foundation Board Members, Chairman Lucien Arkas expressed that they will continue developing with a new high school. Arkas said, “We are improving ourselves, but we started contemplating what to do next. High school entrance exams are a big problem, we spend every year under stress. Then we said Piri Reis should also have a high school. Finding a suitable area is not easy. We searched such an area for a year. We bought 29 acres of land in Guzelbahce. Izmir University of Economics is next to it. A new campus will be created in that area. We kicked off the works for it. We aim to complete the bureaucratic stages as soon as possible and get to the construction phase. Construction is easy, we’ll finish it quickly and open it in time for the children here. No one should lose sleep.” 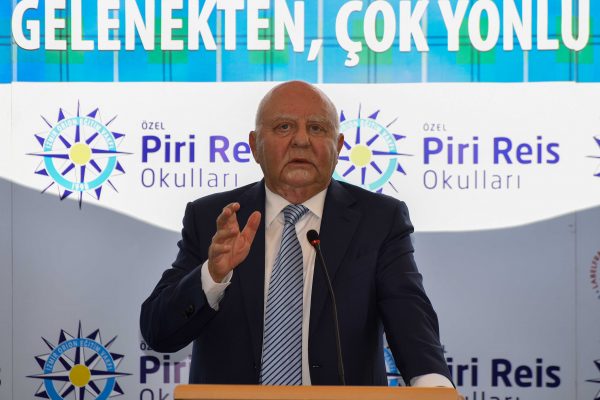 The Contemporary Kemalist Line in Education

Stating that their biggest goal is to raise modern people who are useful to their country and the world, Arkas continued, “We aim to ensure that our students live in tolerance and peace with other societies around the world. Piri Reis Schools have a certain worldview since the day it was founded, and that worldview is Ataturk’s worldview, his way of life. Since we have adopted this way of life, we need to raise our children accordingly. And this is done by our brave teachers.”

We are Producing Our Own Energy

Lucien Arkas added that the world’s biggest problem is energy supply and said, “For the past two years, we have been conducting a project called ‘Sustainable Living Project’ in our schools and trying to teach our children how to use the world’s resources in the most efficient way. In order to set an example for them and to contribute to nature, we started to produce our own electricity in our solar power plant.”

Izmir Italian Elementary School, one of the well-established schools in Izmir, also held a ceremony to mark the start of the new academic year. The opening ceremony of the school, the management of which was transferred to the Arkas Education and Culture Foundation with a protocol signed 7 years ago in order to provide modern and contemporary education, was attended by Valerio Giorgio, Italian Consul of Izmir; Lucien Arkas, Chairman of the Arkas Education and Culture Foundation; and the parents of the students.

Explaining that the Italian School was built by his grandfather in 1899 and was of great importance to him, Lucien Arkas said, “We need to start educating our children in as early as kindergarten years. Because the education here leaves a lasting mark on your whole educational life. It was in this school where I went to kindergarten. The survival of this school is very important to me. That is why every year we invest as much as we can to improve the school and the education it provides. Thank you for trusting us with your children. Nearly 100 children from different nationalities study together here. They learn to tolerate, understand and communicate with other cultures. This is the biggest value they will use throughout their lives.” Arkas added that the school building was among the rare buildings that survived the Izmir fire. Italian Consul Valerio Giorgio thanked those who contributed to the survival of the school and said, “The Italian School represents a deep-rooted culture. As the Italian government, we are carrying out joint projects to keep the school alive and we will continue to do so.”

The Italian Elementary School, which is about 125 years old, provides Turkish students as well as Italian, British, Greek, Croatian, and Mali students in Izmir with education in Turkish and Italian languages.