Raw Material of the Future: Waste 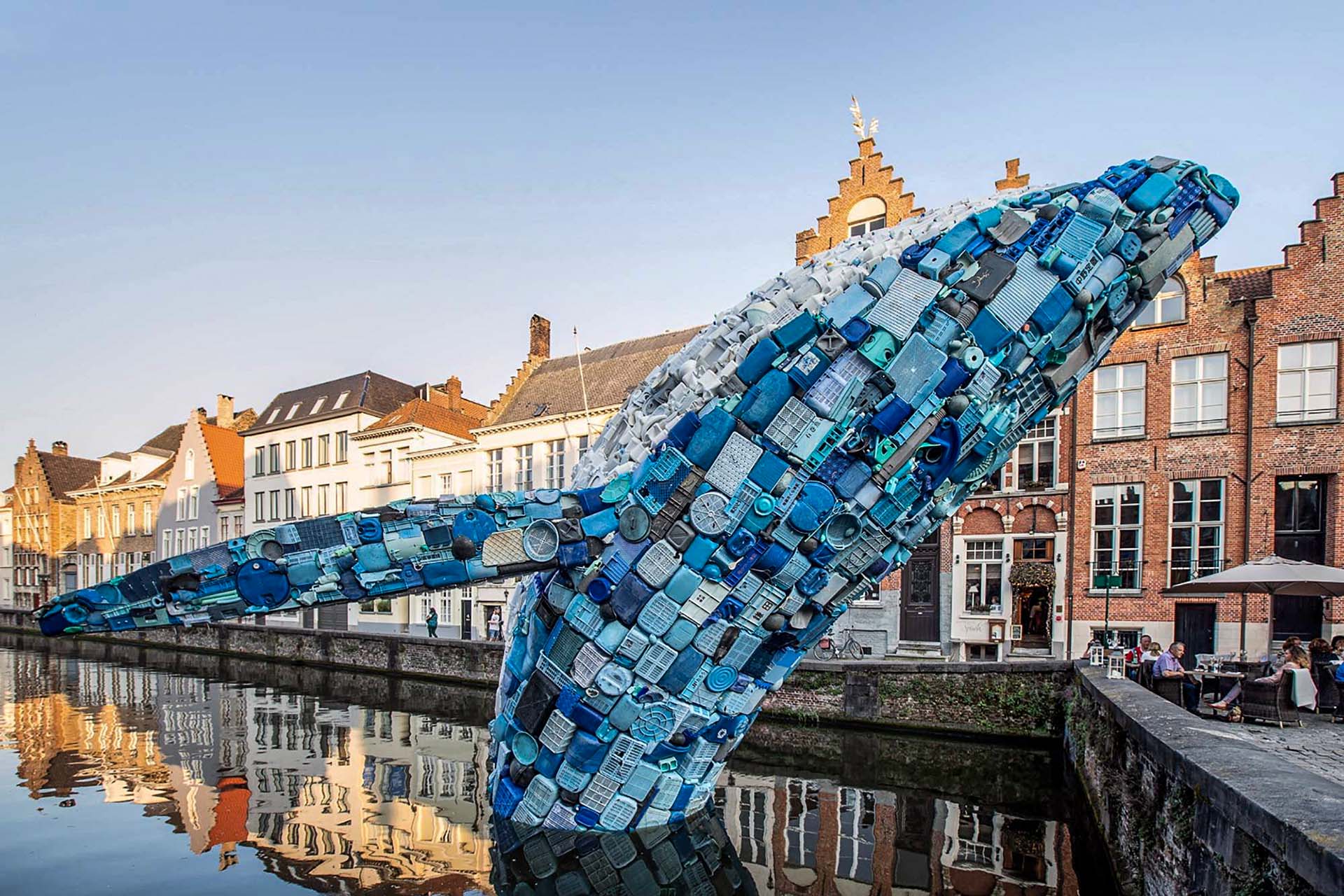 A movement, which aims to transform resources and reuse them functionally, dates back to ancient times: it is known that in the ancient Greek period, broken vase fragments were melted down and used to create other materials. The most important turning point in recycling starts with the Industrial Revolution. In 1870, when it was forbidden to throw rubbish on streets in Paris, people started to use rubbish bins individually. Accordingly, rubbish has been separated into metal and earth products, leaving only organic waste behind. In the 1970s, this system was professionally used in plastic products, which are a part of our lives with their wide usage area.

The consciousness created by individual and social environmental movements has led to the formation of a brand-new production economy with the use and recycling of plastic products and the development of technology. With this eco system, in which textile is the main locomotive, different products using threads produced from plastic and other wastes have started to emerge.

Shoes Made from Waste

The Space Hippie team at Nike, the world-famous sneakers, sportswear and sports accessories brand based in the United States, set out to design a style that changes the standards.  The Space Hippie team, who set out to produce the shoes with the lowest carbon footprint ever, succeeded in designing a shoe made from 25-50% recycled waste. Inspired by life on Mars, where materials are scarce and resources are not replenished for astronauts, they produced an exploration-oriented shoe collection: Space Hippie, which they designed using waste products or “space junk” as they call it, was realised with the meeting of sustainability practices with an innovative form.  While less energy was used in the production of shoes designed in line with the principle of sustainability, care was taken to minimise the amount of waste.

In cooperation with Ecologists Without Borders and volunteers, the Slovenian Futura DDB advertising agency transformed the garbage thrown into nature into a font family to draw attention to World Cleanliness Day. The fonts, which are available free of charge, were designed by converting garbage into vectors in the form of letters. The font is not suitable for daily use, but Futura DDB and ecologists without Borders, who designed the font to raise awareness about environmental awareness, argue that environmental pollution is created by human hands in this project, and that the font they produce is the cleanest font in the world. The creation of this font aims to enable people to contribute to nature and proper waste management through effective behaviour.

Jerseys Made from Waste

Just like Nike, Adidas, one of the world’s largest sporting goods manufacturers, produces sports products from recycled materials under the title of sustainability. Collaborating with the world-renowned environmental initiative Parley, Adidas produced the jerseys of famous football clubs by recycling plastic products from the oceans. Designed as Manchester United’s alternative kit for the 2018-2019 season, the shirt had dual duties: to draw attention to the problem of human made plastic waste in the oceans and to celebrate the 50th anniversary of Manchester United’s first Champions League trophy. The shirt, specially produced for Manchester United, took its colour from ocean corals, which are under extinction threat due to plastic pollution.  After this initiative, which attracted a lot of attention, Adidas and Parley produced alternative jerseys for Juventus and Real Madrid. The corals in the oceans were represented in various colour tones on these uniforms.

Sculpture Made from Waste

In 2018, a life-sized whale sculpture was built with plastic waste from the ocean at the Bruges Triennal 2018, whose theme was chosen as Liquid City in Bruge, Belgium. StudioKCA, which provides architecture and design services in Brooklyn, collected tonnes of plastic waste from the Atlantic and Pacific oceans for the sculpture, which was created in collaboration with Hawaii Wildlife Fund. StudioKCA is trying to draw attention to the fact that environmental pollution has passed the critical threshold with the statement “There is now more plastic waste floating in the oceans than whales”.

Since 2006, the Arkas Tumepa II waste collection boat, a social responsibility project created in cooperation with Arkas and Turmepa, opened its 2022 season with the “Awareness for the Family with Arkas Blue for Green Platform” event. The plastic, metal and glass waste collected during the coastal clean-up event attended by Arkas employees were recycled by Arkas Cesme Sailing Club students and used in the construction of a sail sculpture.