We Stand for “Equality in the 21st Century” 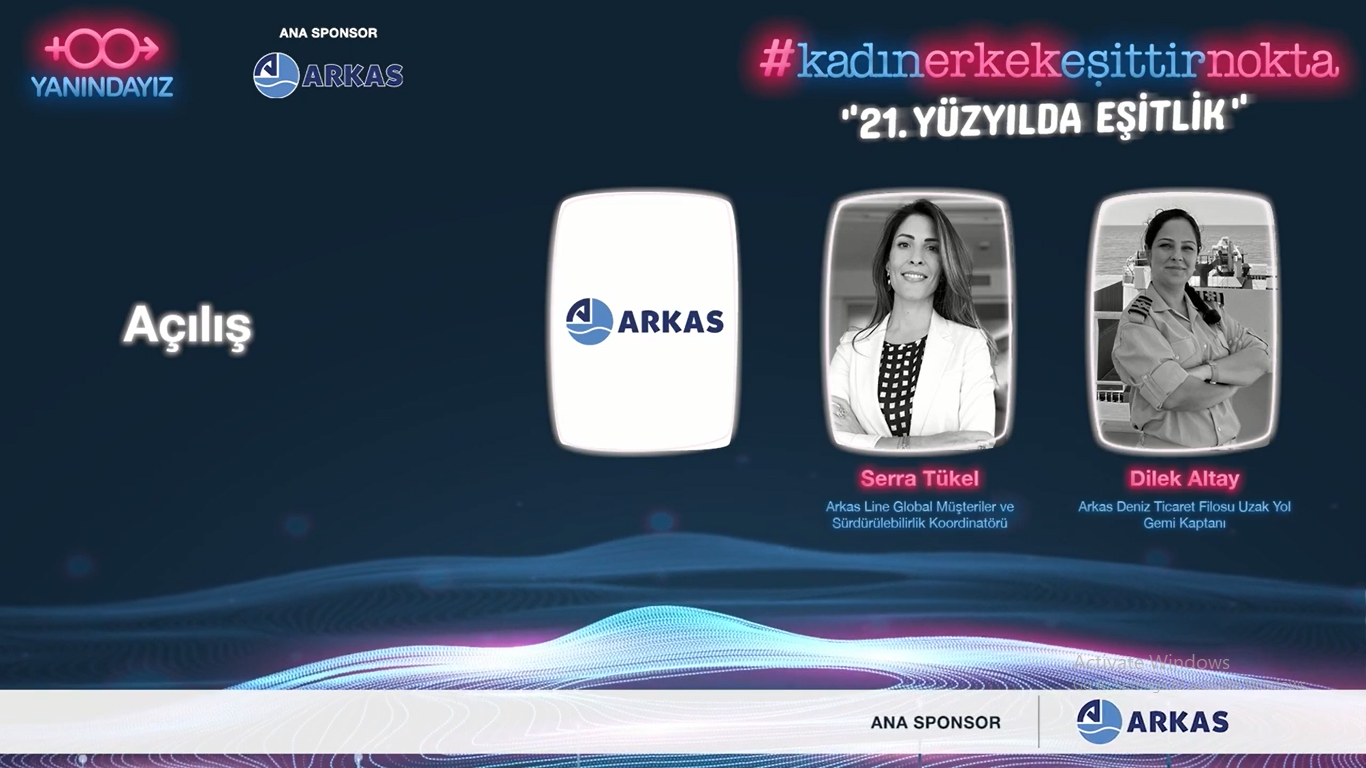 Organized and traditionalized by the Yanindayiz Association, the KadinErkekEsittirNokta Conference was held online with the theme of “Equality in the 21st Century”. The conference emphasised the necessity of supporting women and ensuring equal opportunities in ensuring economic and social welfare. Serra Tukel, Customers and Sustainability Coordinator at Arkas Line, who participated in the conference as a speaker, said that the presence of women will bring luck at sea and stated that the ratio of female officers in the Arkas Merchant Fleet is 6 times higher than the world average. Dilek Altay, a captain in Arkas Merchant Marine Fleet, said that equal opportunities should also be provided in the field of labor.

The conference, hosted by actor Mert Fırat, was organised in four main sessions: “New Technologies and Gender Equality in Turkey”, “Location Independent Talent: Risks and Opportunities”, “Climate Crisis and Gender Equality” and “Literature and Gender Equality”. During the sessions of the two-day conference, it was emphasised that all institutions should make efforts to ensure equality, which is a prerequisite for democracy, and that equal opportunities should be provided for women in many fields such as technology, education and art. The importance of moving away from a sexist approach was also discussed at the conference.

Serra Tukel, Customers and Sustainability Coordinator at Arkas Line, was the keynote speaker at the opening of the second day of the event and stated that in order to talk about equality between women and men, the gender gap in the business world must be closed. Referring to the female employment rates in the maritime and transport sectors, Tukel said that this rate was 1.2 per cent in maritime and 20 per cent in logistics and transport. Stating that Arkas, which ranks among the top 30 shipowners in the world, attaches great importance to equality between women and men, Tukel said “Today, Arkas Holding employs more than 7000 people in 66 companies and the ratio of women among white-collar employees is 41 per cent. One of the first female captains was trained in Arkas Merchant Fleet. 250 female students have been provided with internship opportunities so far with the female officer policy, which started with 2 interns in 2002. Today, the ratio of female officers in our fleet is 11 per cent, which is about six times higher than the world average of around 2 per cent. We must endeavour to ensure that women have equal opportunities in every sector and in every segment of society. The presence of women also brings luck in the sea.”

Dilek Altay, who works as a long-haul ship captain in Arkas Merchant Marine Fleet, stated that she started her career at Arkas as a ship deck trainee and successfully escalated through all stages thanks to the equal opportunities provided by Arkas. Pointing out that women should be more involved in the maritime sector, Altay said, “If a woman puts her mind to it, she can cross whole oceans.”

Writers, academics, company executives and researchers participated in the sessions of the KadinErkekEsittirNokta Conference, of which Arkas Holding was the main sponsor. 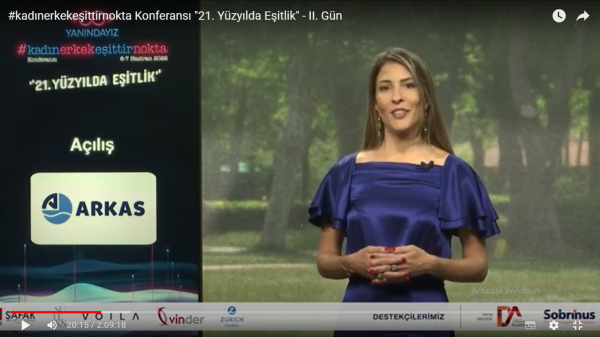 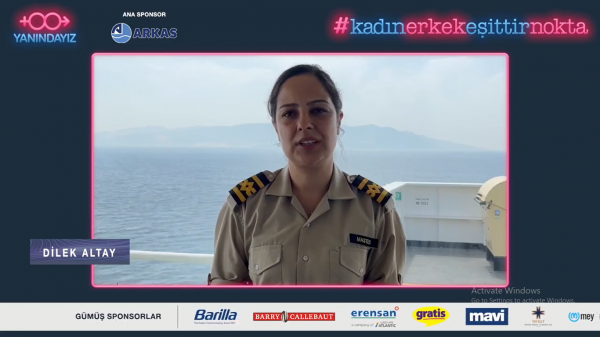 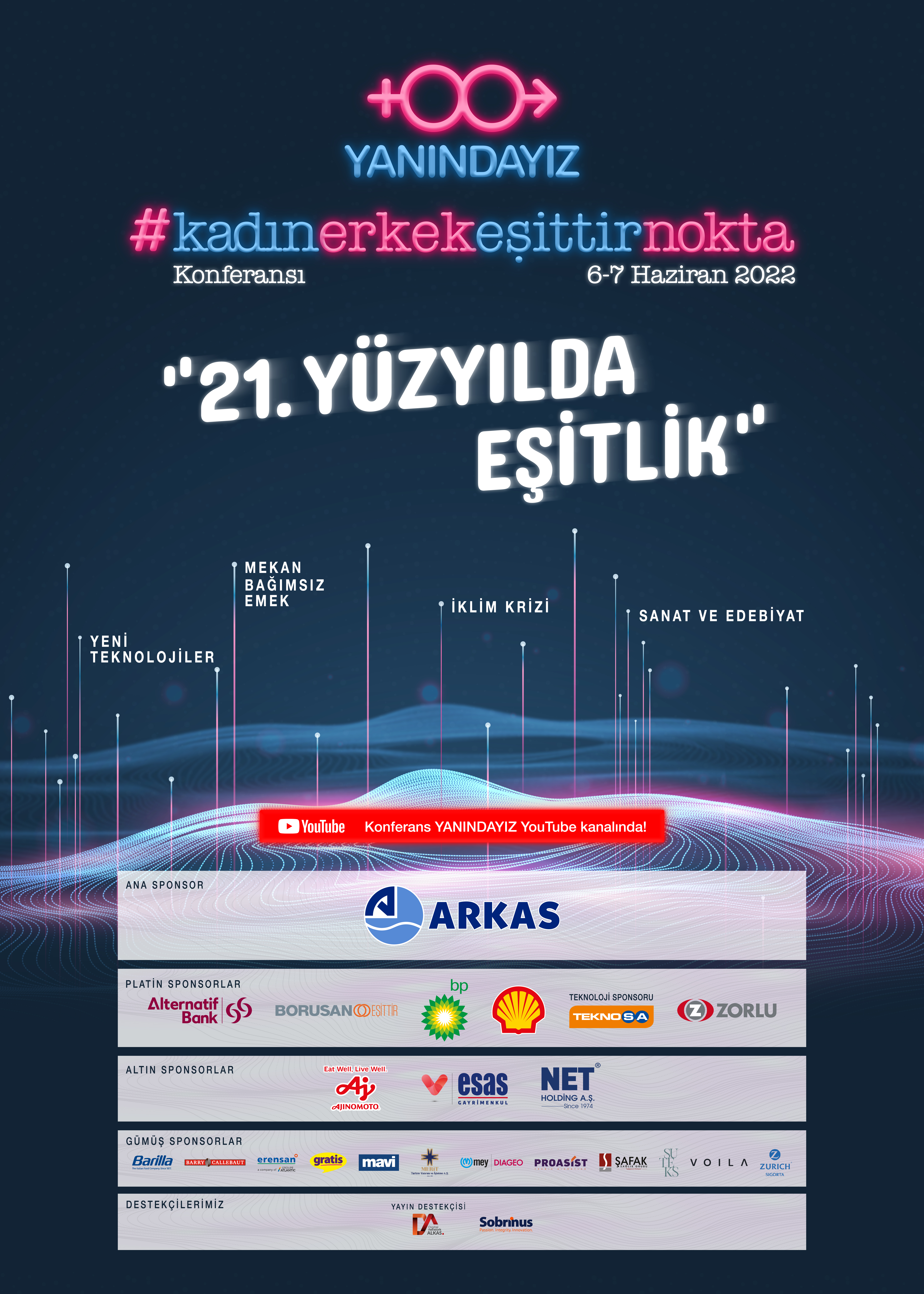