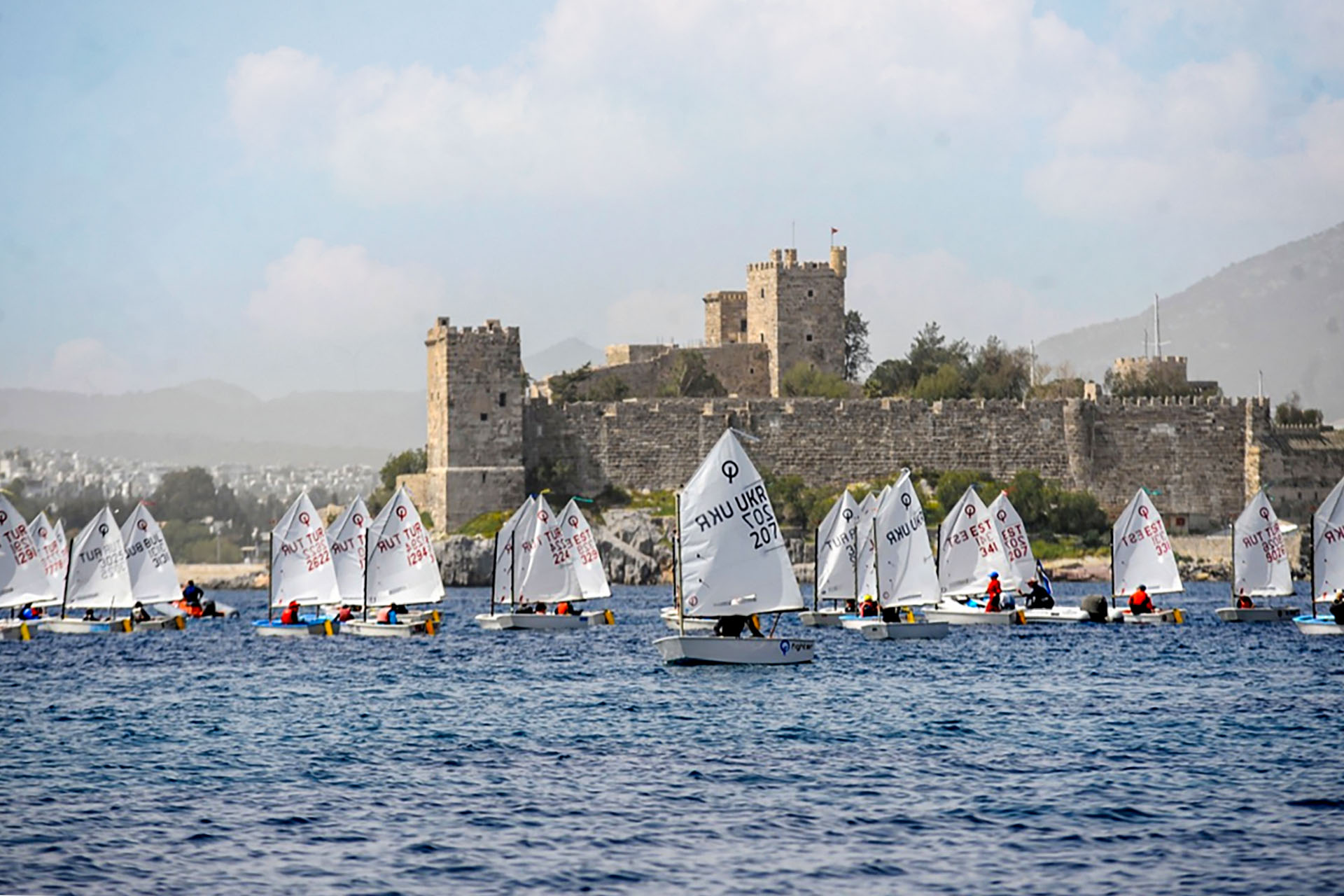 Hosted by Bodrum Belediyespor Sailing Branch in cooperation with the IODA International Optimist Class Association and the Turkish Sailing Federation, the 2022 Arkas Optimist World Championship started on 27 June with the participation of 282 athletes from 62 countries. For the championship, which reached the highest number of participants in its history, 240 optimist boats were brought to Turkey from China and Poland by Arkas Logistics.  The championship ends on July 7th.

Arkas continues to increase its activities that add value to Izmir in sports, one of its main social responsibility areas. Believing in the need for the development of sailing in Turkey, Arkas invests in making this sport more widespread through its professional sailing team Arkas M.A.T. Sailing Team, sailing school Arkas Cesme Sailing Club, and the sailing races Arkas Aegean Link Regatta and Izmir Arkas Bay Race.

During its 60-year history, the Optimist World Championship have been held once in 1976 in Yarımca, Kocaeli and once in 2008 in Izmir. This year, for the third time in Turkey, the 2022 Arkas World Optimist Championship will be held in Bodrum. With the participation of 282 athletes from 62 countries around the world, the championship broke a new record with the highest number of participating countries in its history. In the fiercely competitive races, the best sailors aged 15 and under representing their countries from all over the world test their skills. The athletes who will compete for 6 days are facing off to become the first to reach the finish line both in individual races and in team races in which they will participate as a country. 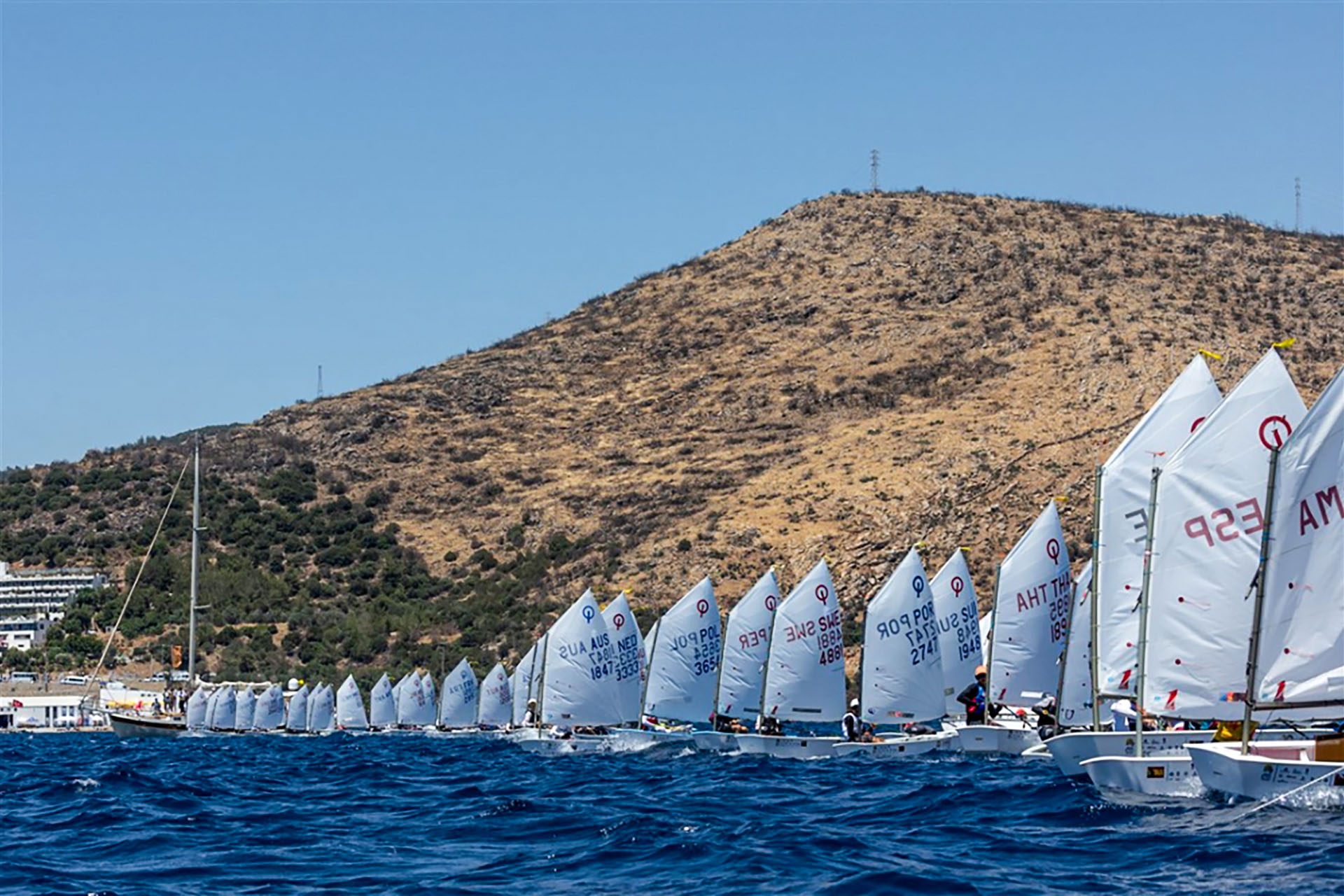 The most colourful frames of the championship appear in the team races. Bodrum residents are enjoying the opportunity to watch the team races to the fullest on the view terraces.

Speaking about the championship, Bernard Arkas, Vice President of Arkas Holding, said “We are doing everything we can, from the sports club to the facilities, camps and races, to spread this love to both children and young people, as well as to bring sailing to its rightful place as a maritime country. Our sailing team, Arkas M.A.T. Sailing Team, has achieved significant success in races, and we are preparing the infrastructure for the professionals of the future with Arkas Cesme Sailing Club, which we opened to help adults, children and young people learn and love this sport. 240 optimist boats purchased by the Turkish Sailing Federation for the 2022 Arkas World Optimist Championships were transported from China to Turkey by Arkas Logistics. As the transport and logistics solution partner of the championship, we have taken another step in support of sailing sports.” 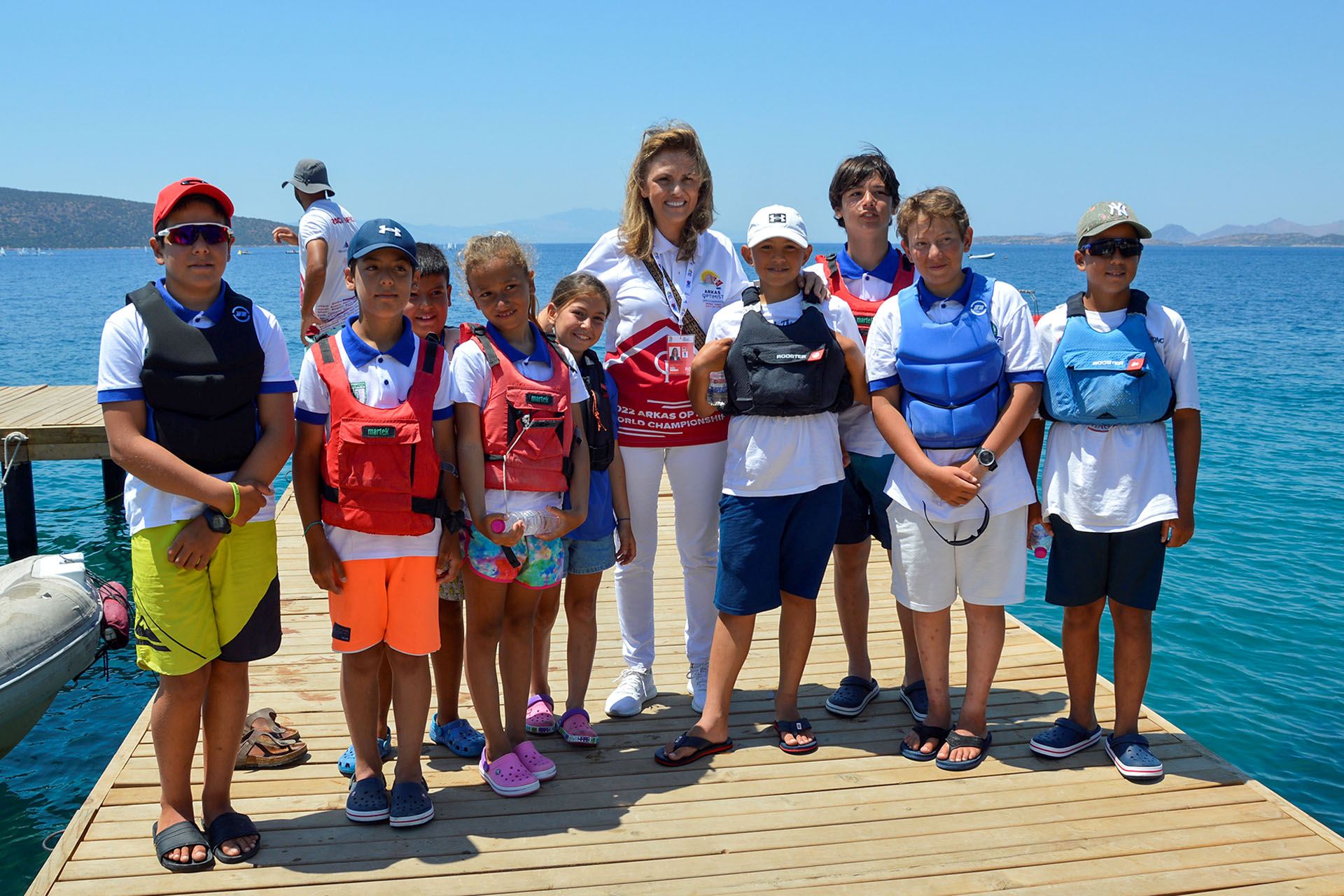 Ozlem Akdurak, President of the Turkish Sailing Federation, stated that Arkas Holding has always supported the sport of sailing and undertook the logistics sponsorship of the 2024 Paris Olympic Games. Akdurak stated that Arkas Holding has created a success story with its devoted efforts to bring 240 boats to be used in the organization from China to our country on time as part of the logistics support provided for the 2022 Optimist World Championship, and that Arkas Holding has undertaken all the logistics costs for the operation. Akdurak also stated that she is proud that for the first time in IODA history, a sponsor has given its name to the Optimist World Championship, and this privilege has been granted to Arkas Holding, a Turkish company. President Akdurak said “Turkey is a country with a deep-rooted sailing tradition. I am extremely happy that the 2022 Arkas Optimist World Championship, which was brought to our country with the votes of the member countries as a result of intensive lobbying efforts aimed at the International Optimist Class Association, has turned into a major organisation that brings together many countries of the world and bears the name of ARKAS.  The championship, which could be brought to life with the great support of the Ministry of Youth and Sports, Spor Toto Organisation, IMEAK Chamber of Maritime, Mugla Governorship, Bodrum Municipality, Bodrum Belediyespor Sailing Branch, Cagdas Holding and more sponsoring companies, is of great importance for the future of sailing in Turkey and for the promotion of our country. On the other hand, Bodrum Municipality has made a significant investment in the existing sailing facilities in order to organise the championship. This facility will host many budding sailors from Mugla in the future. I sincerely would like to extend my thanks to all the supporting organisations on behalf of Turkish sailing.”

As the “Logistics Solution Partner” of the 2022 World Optimist Championships, organised in cooperation with the IODA International Optimist Class Association and the Turkish Sailing Federation, Arkas Logistics, with its strength and expertise in logistics, carried out the transportation process of all the boats participating in the race and delivered a total of 180 optimist boats from China and 60 optimist boats from Poland to Bodrum on time.

In the first leg of the transport, Arkas Logistics travelled 3,084 km from Poland and brought the boats to Bodrum in six days via FTL road transport. In this transport alone, 60 boats with a total weight of 2,100 kg were delivered to the Turkish Sailing Federation.

180 optimist boats arrived in Bodrum from Shanghai, China. After transporting 180 boats in 3 40′ containers and after the ships arrived at Izmir-Aliaga and Istanbul-Ambarli ports, Arkas Logistics transferred the containers to Bodrum Sailing Club with a sidelifter vehicle. Arkas Logistics and the Turkish Sailing Federation then unloaded the boats from the vehicle and handed them over to the racers who will participate in the world championship. Arkas Logistics carried out the entire logistics planning and transport for the event. Assuming that each boat is 2.30 metres long and weighs 35 kilograms, Arkas Logistics practically transported 240 boats with a total weight of more than 8 tonnes and a length of more than 6 football fields when connected end-to-end, covering 19,424 km in 38 days. 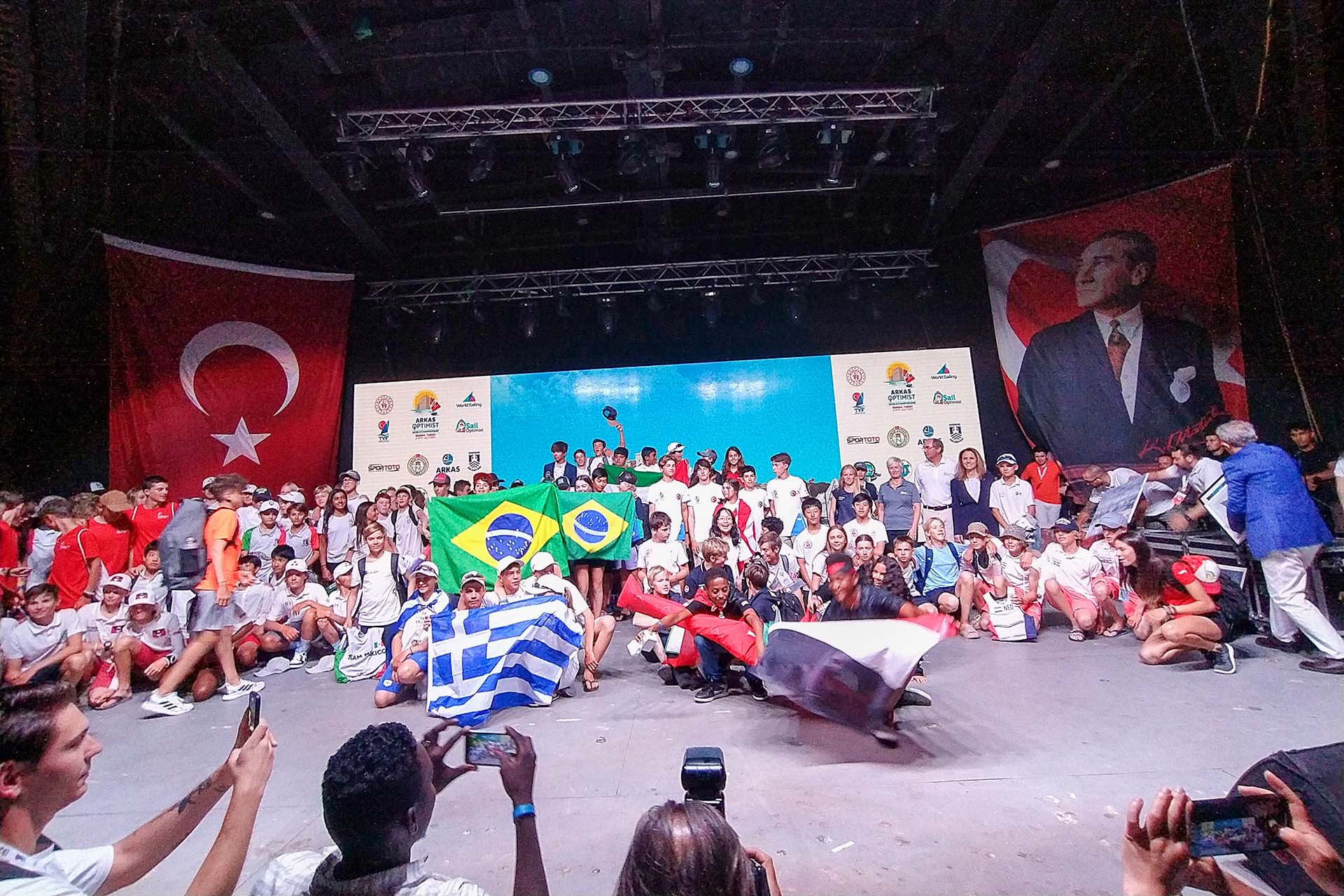